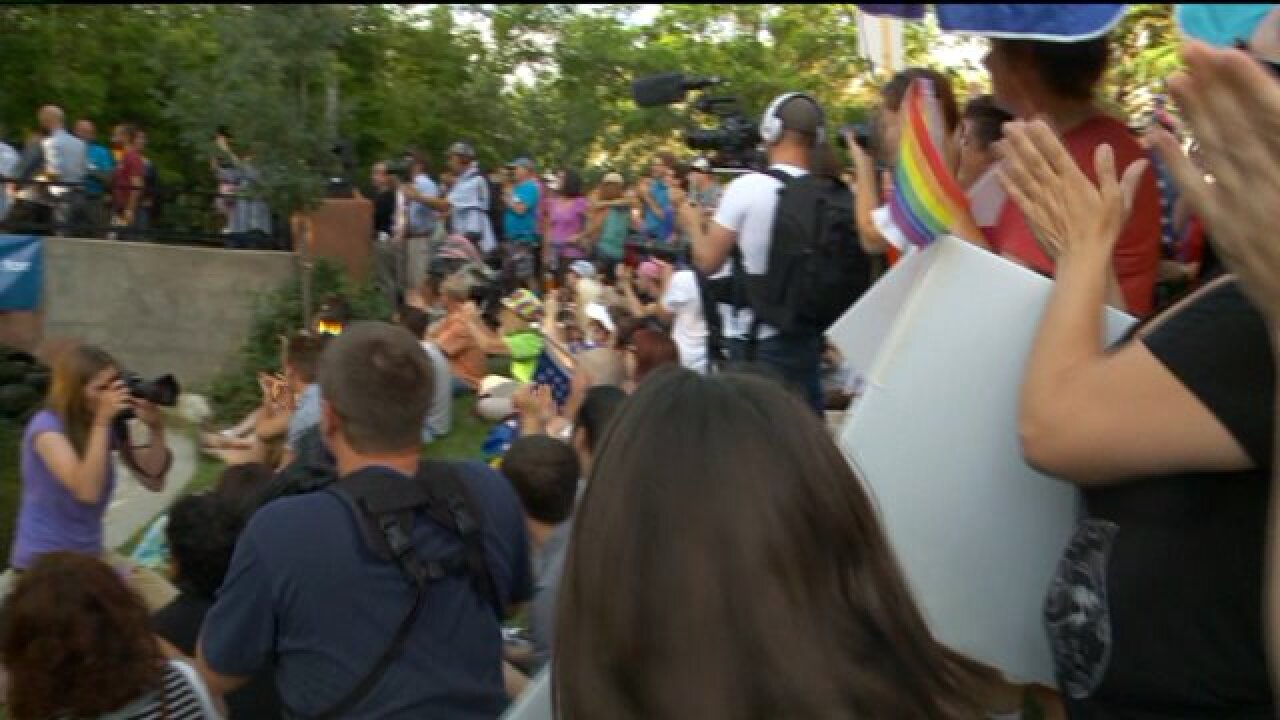 SALT LAKE CITY -- The ruling from the 10th U.S. Circuit Court of Appeals was something that many once thought would never happen in Utah, but on Wednesday night, members of the LGBTQ community began to celebrate.

“The momentum is going in our favor, and it’s just a matter of time,” Chris Johnson said.

Johnson and his husband joined a couple hundred others at City Creek Park to celebrate the court’s decision.

“We’ve been waiting for this ruling for so long,” Johnson said.

Organized by Utah Unites for Marriage, the rally attracted state and county officials to the podium.

Former U.S. Attorney Brett Tolman told the cheering crowd that he’s grateful for the stubbornness of Governor Herbert and Attorney General Sean Reyes, as it has allowed the case to get this far. Following Tolman was Salt Lake County District Attorney Sim Gill, who shared his personal thoughts on the issue.

While the mood of the event was one of optimism and excitement, many couples expressed disappointment with the state’s intent to appeal to the U.S. Supreme Court.

“Definitely a lot of joy, a lot of elation, but also frustration because we look at all the other issues in Utah that the state could choose to focus on and they’re focusing on something so unnecessarily,” Michael Ferguson said.

On the day Amendment 3 was struck down, Ferguson married his longtime boyfriend, Seth Anderson. They were the first couple to be married in the state, and they are hoping it will soon be recognized.

“It’s a big victory for LGBT rights because the federal court has said marriage is a right for all people. That was the message today,” Anderson said.

Members of Restore Our Humanity, which hired the attorneys for the Amendment 3 case, asked Utahns to urge state officials to stop fighting what they believe is the inevitable.

“Ask them to end this,” said Mark Lawrence, the director for the group. “Stop it. Stop harming us. Stop harming our families. Let’s move forward and start the healing. It’s time to move on.”

Regardless of an appeal to the higher court, members of the LGBTQ community believe this victory is just the beginning for them and their families.

“It’s wonderful. It’s joyous. It’s emotional,” said Johann Jacobs, who sat smiling next to his husband and partner of more than four decades.