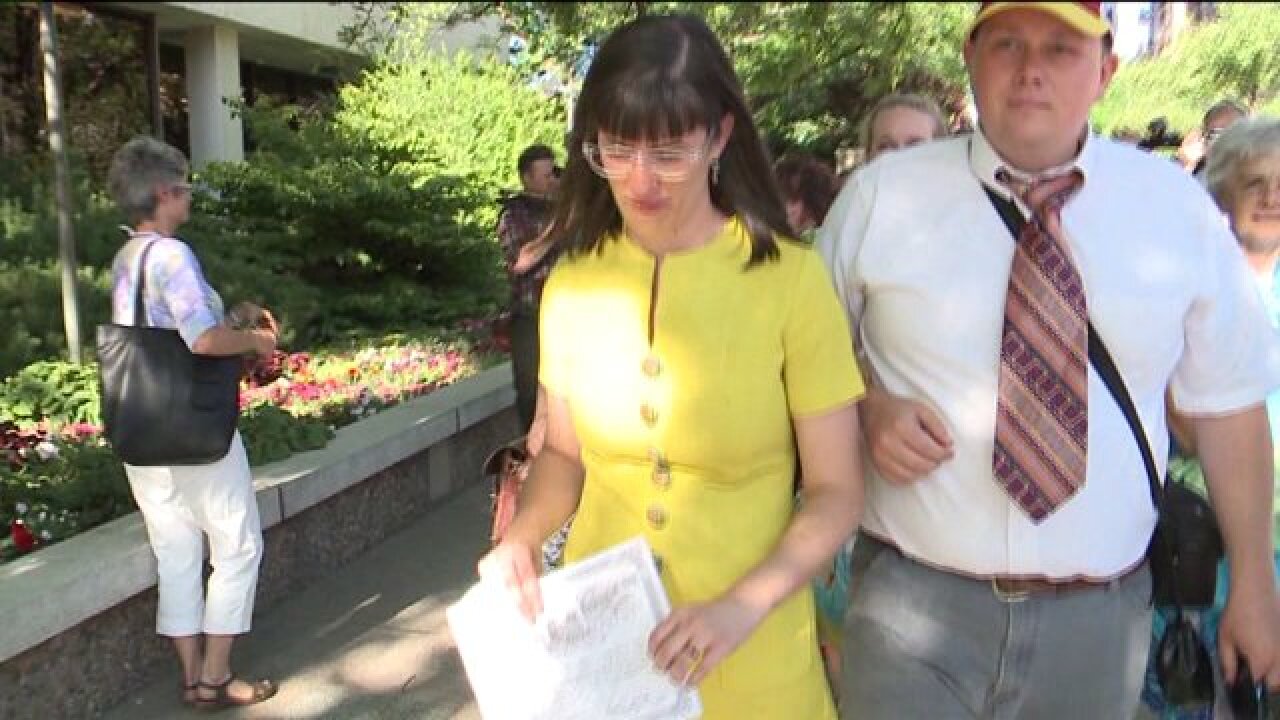 SALT LAKE CITY -- Kate Kelly was holding a meeting with fellow board members of Ordain Women when she received the news that will change her life forever.

"She looked at the phone and said, ‘I got an email from my bishop,’ and the whole room went silent," said Suzette Smith, who was one of those board members in the room.

Kelly had just found out that she had been excommunicated.

"We just looked at her and she started reading and just sobbing, just broke down in her chair, and we all just felt it, this heaviness come over us,” Smith said.

Kelly founded Ordain Women in March 2013 as a way to strive for women's equality within the LDS Church. Since then she has been seeking conversations with her church leaders regarding the possibility of women being ordained as priests.

These actions ended up landing her before disciplinary council.

"Kate is devastated. The first person she called was her husband. Her eternal marriage and her eternal convenient have been annulled it's a devastating thing for any believing Mormon," said Hannah Wheelwright, of Ordain Women.

Janice Allred understands what Kelly is going through; she herself was excommunicated from the LDS Church in 1995 for, according to her, challenging authoritarianism in the church.

"I know she is feeling devastated and there is a violence in a church court that most people don't understand," Allred said. "It causes people to judge you as unworthy, unfit for church membership."

Allred remains excommunicated, but has since returned to church services. She said in time Kelly will pray, and figure out what's best for her.

"It doesn't have to be forever you can decide not to go for a while and then come back later, family members can give advice but finally it has to be between you and God," Allred said.