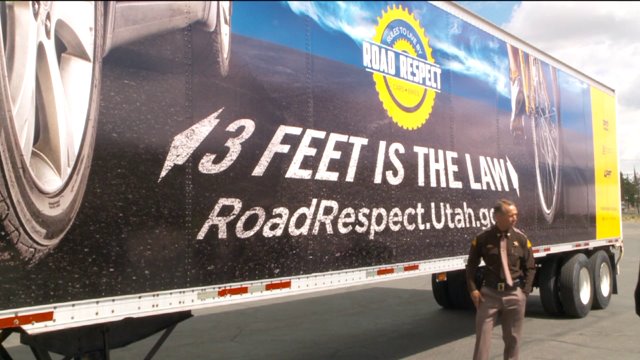 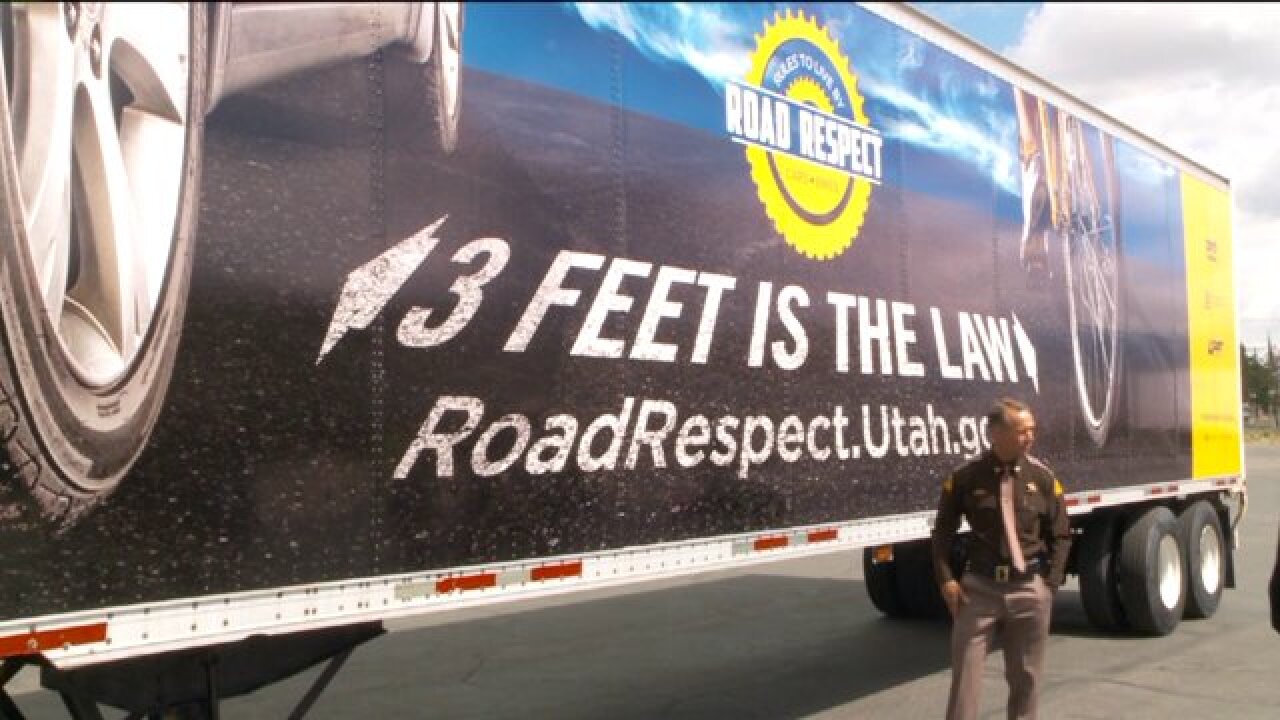 SALT LAKE CITY -- Six cyclists are killed each year in Utah and nearly 850 are involved in crashes with cars.

To fight that rising number, Utah’s road respect campaign is rolling out "moving billboards" to educate Utah drivers and cyclists.

Five semitrailers will cruise the roads on their regular routes while reminding each car they pass that 3 feet is the law.

"We want drivers to watch for cyclists and give 3 feet, and cyclists, just as if they were a car, to come to complete stops at traffic stops and road signs and use hand signals, ride predictably, and go single file when traffic is present,” said Keri Gibson, Program Coordinator of Utah’s bike and pedestrian safety department.

The goal is to reach zero fatalities on Utah roads and to have respect for both cyclists and drivers so everyone gets to their destination safely.