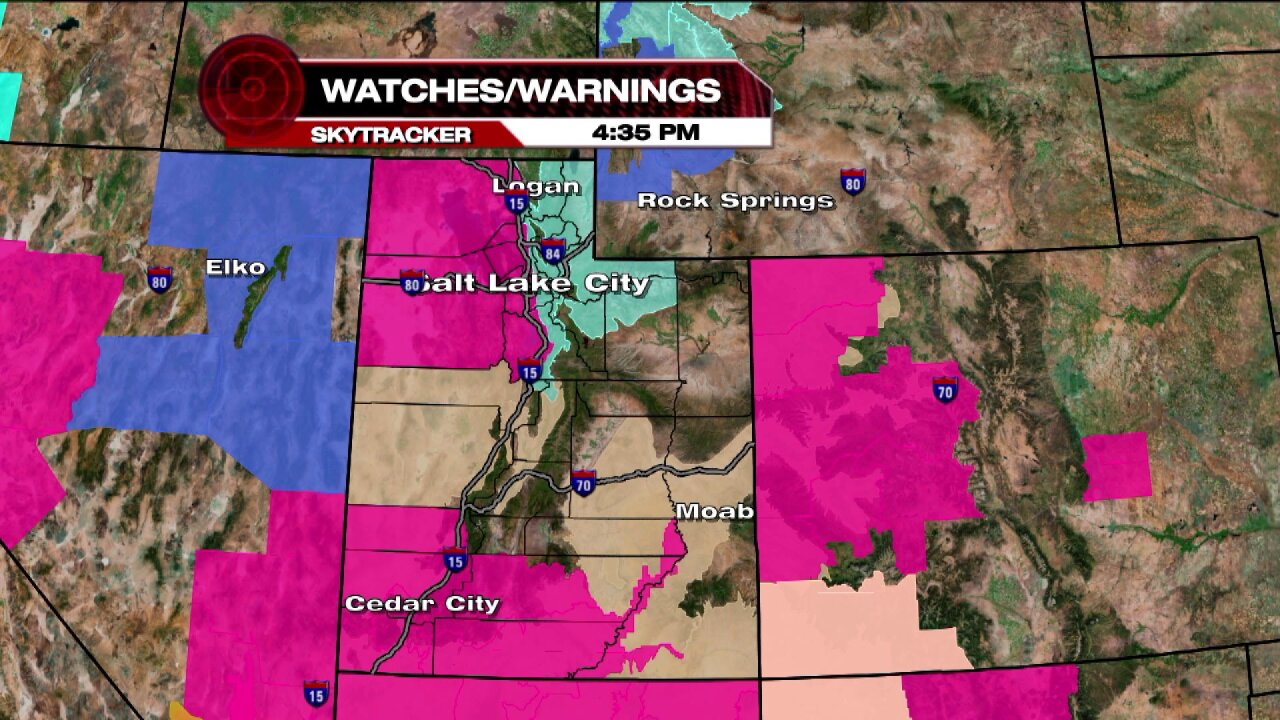 SALT LAKE CITY — A variety of warnings and advisories have been issued throughout the state by the National Weather Service Monday.

A wind advisory has been issued for central, southwest and south central Utah.

According to the weather service the southwestern part of the state could see wind speeds between 25 to 35 mph with gusts up to 50 mph.

The advisory is in effect until 9 p.m.

A red flag warning has been issued for areas in southwest and northwestern Utah.

The combination of gusty winds and low relative humidity will create hazardous fire weather conditions where fuels are critically dry, according to the weather service.

The warning remains in effect until 10 p.m. Tuesday.

A winter weather advisory was also issued for the Wasatch Mountains, portions of Interstate 80 and western Uinta mountains.

According to the weather service, snow accumulations of 4 to 6 inches are expected.

The advisory is in effect from 9 a.m. Tuesday until noon Wednesday.