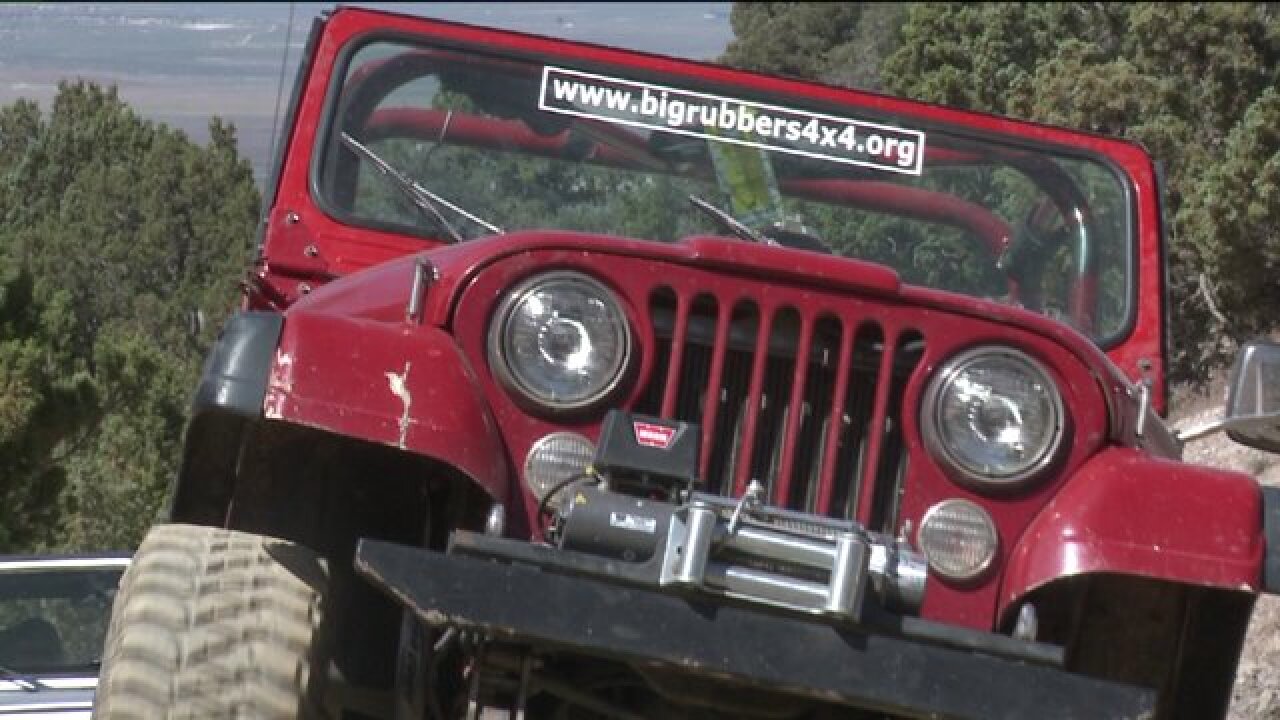 SARATOGA SPRINGS, Utah -- If you're looking for a nice Sunday drive, the Wasatch Outlaw Wheelers club says Five Mile Pass is the place to go, but be sure to bring a spare.

“It's an absolute roller coaster," said Brian Gabriel, a member of the Wasatch Outlaw Wheelers club. "That's what is fun about it, but it's never the same roller coaster twice. Up, down, turn, you are losing gravity. You don't know if you are going to roll over. Sometimes, you do roll over!”

Moab may be the Mecca of Jeeping, but it's not the only place to go where you can make a short day trip just outside of Salt Lake.

“It's the thrill of it; Just the excitement of going places nobody else can go,” said Paula Chandler, another member of the club.

Matt Westrich, president of Utah 4-Wheel Drive Association, said the off-roading club tries to preserve trails by using them often, keeping them clean, and preventing people from deviating from the path.

He said: “Stay on the trail! That is the most important thing out here. Do not bypasses, do not go through the brush. That's how we get trails closed."