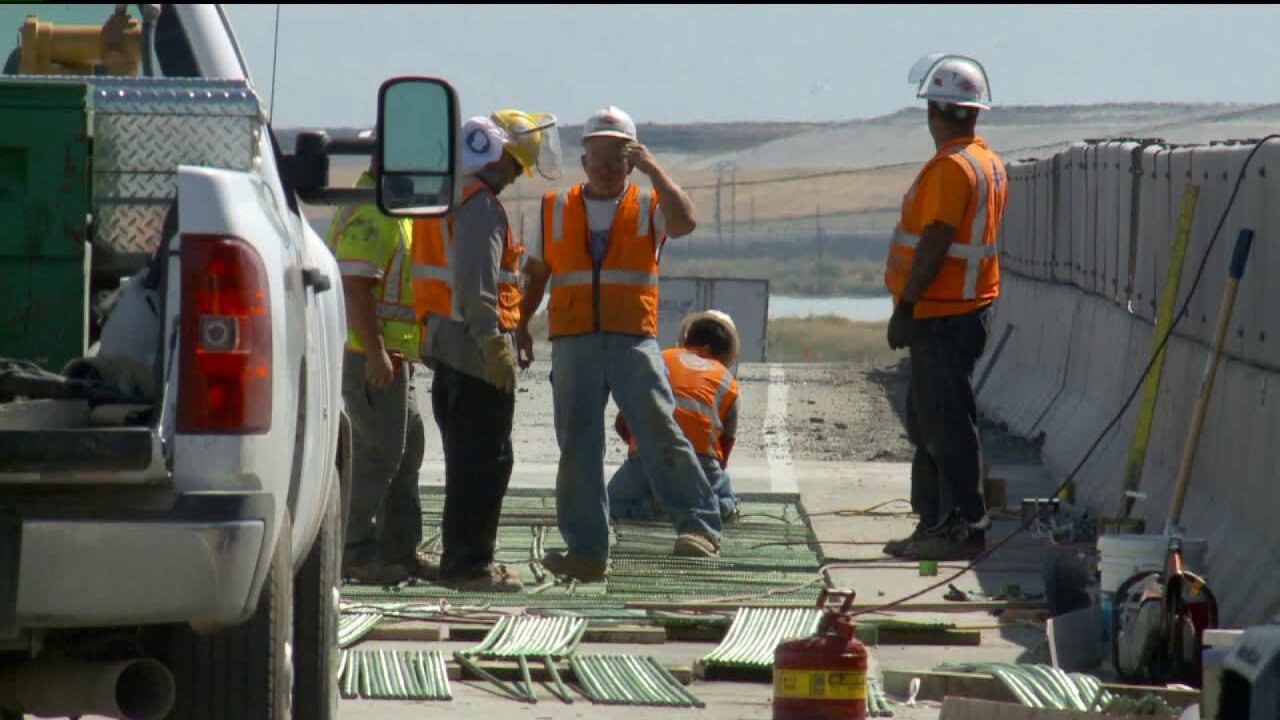 TOOELE, Utah — The Utah Department of Transportation has reduced eastbound traffic on I-80 near Tooele to one lane as they conduct emergency pothole repairs.

According to UDOT, the lane closures will cause significant delays of more than an hour, mostly during the morning commute, as crews work on repairing the damaged pavement.

“We understand it’s an inconvenience to the traveling public, especially those that are coming from the Tooele County area, but it was something we needed to do for the safety of everybody else,” said UDOT spokesman Adan Carillo.

Since the S.R. 201 alternate route is also under construction, UDOT recommends drivers coming into the Salt Lake Valley from Tooele County should still use I-80.

Drivers who use that route are encouraged to allow for extra travel time and, if possible, adjust schedules to avoid the area between 7 a.m. and 9 a.m.

Workers are expected to be finished repairing that section of the road by June 16, but the lane restrictions will remain in effect for several more days to allow the concrete to cure.

All lanes are scheduled to be reopened by June 22.