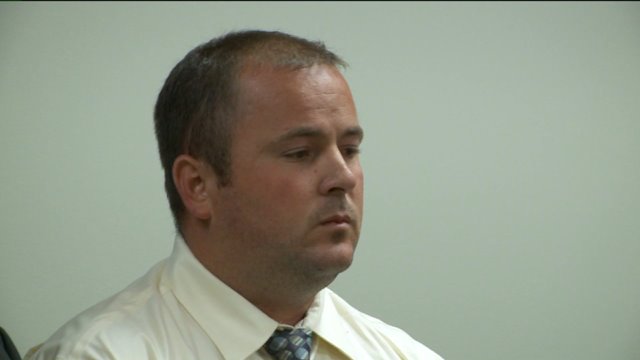 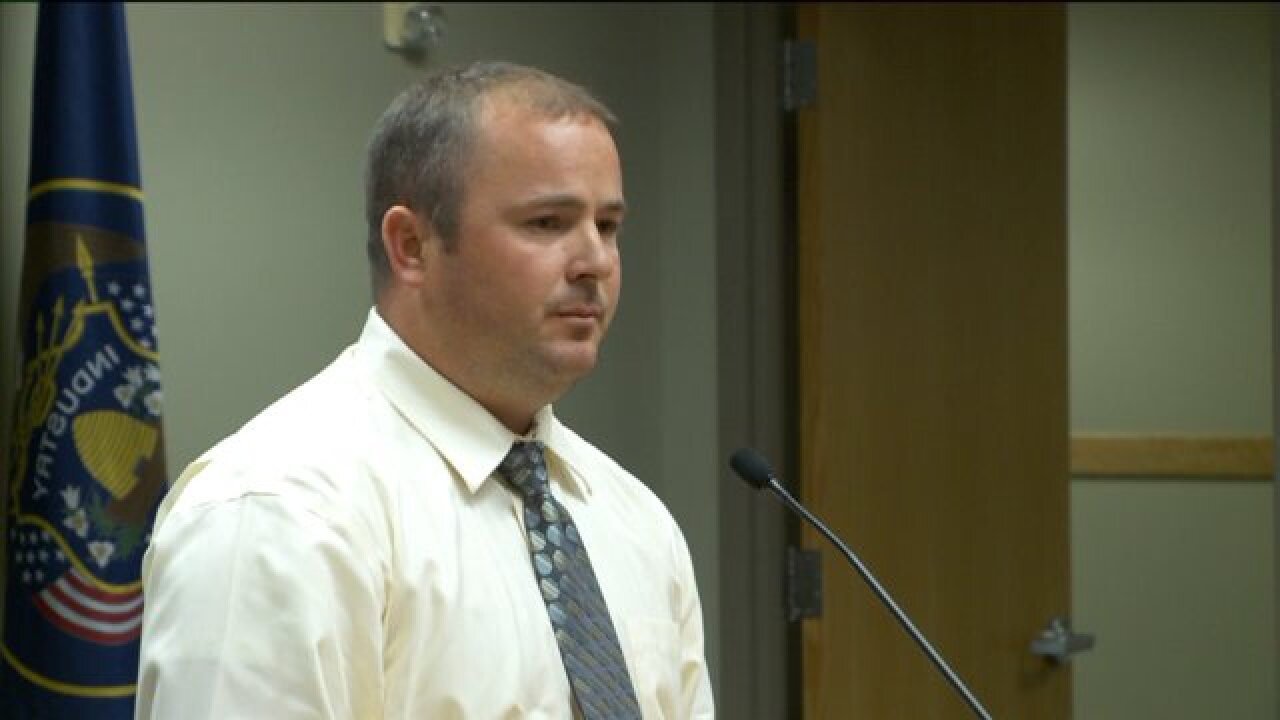 SANDY -- Timothy "TJ" Brewer faced the council and asked them to let him keep his badge.

"I regret it every day since this incident happened, when I walked upstairs and saw what I saw," he said.

Appearing before the Utah Peace Officer Standards and Training (POST) Council on Wednesday, Brewer spoke about finding his wife in bed with his father -- former Moab Fire Chief Corky Brewer.

"I throw myself at your mercy," Brewer told the POST Council. "I apologize for what I've done. I apologize to everybody involved. I apologize that we're here talking about it today. I never thought I'd see myself here. This is the second-worst day of my life."

Police said Brewer walked in on his father having sex with his wife at a family BBQ last July. Charging documents said he attacked his father, pistol-whipping him. He was also accused of hitting a police officer who tried to prevent him from walking into the hospital where his father was being treated for a self-inflicted stab wound.

Brewer pleaded guilty to class A misdemeanors of assault. On Wednesday, he was fighting a POST recommendation that his badge be revoked.

The council was divided.

"There's no doubt in my mind that his actions at the house that day were justified. I believe that practically anybody would have done similarly at the house," said Summit County Sheriff Dave Edmunds, a member of the POST Council. "Where Mr. Brewer loses me is when he goes back to the hospital."

Others noted that Brewer was summoned to the hospital by his mother. Brewer asked for the opportunity to work in law enforcement again, asking that he be given a suspension instead of revocation.

In a 6-5 vote, Brewer was given a four-year suspension.

Brewer was among 14 police officers disciplined Wednesday over allegations of misconduct. Other officers pleaded with the council for leniency in punishment.

Tesch got a three-year suspension from the POST Council for accusations of having sex while on duty.

Other officers disciplined include:

POST Council has grappled with an increase in the number of officers being investigated over allegations of misconduct. However, POST notes that with nearly 9,000 police officers certified in Utah, the number of those disciplines still amounts to less than one percent.