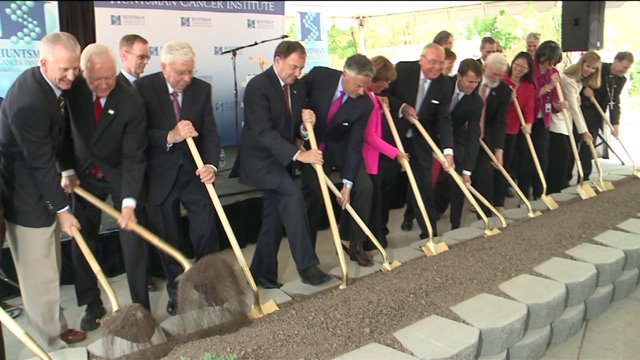 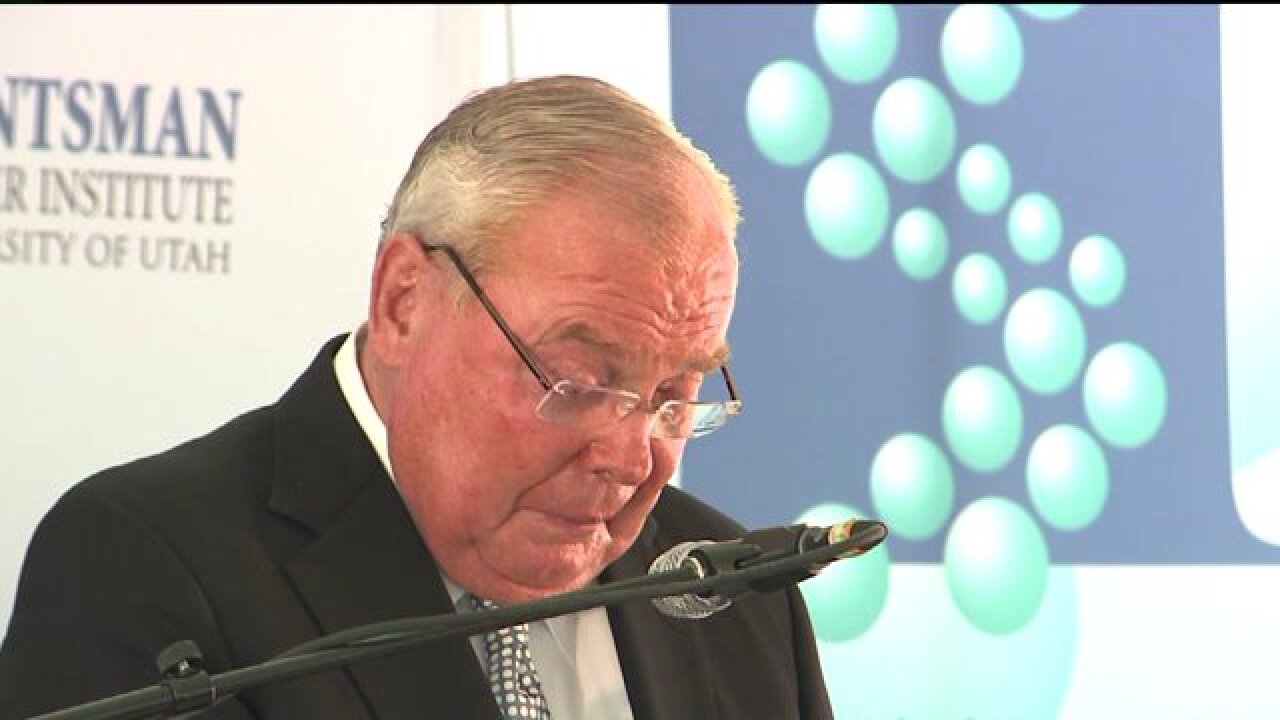 SALT LAKE CITY -- The Huntsman Cancer Institute broke ground on an addition that will double the research capacity of what is already one of the world's leading cancer centers.

The Primary Children's and Families' Cancer Center is named in honor of the The Church of Jesus Christ of Latter-day Saints, which has donated a substantial, but undisclosed, amount of the $105 million construction budget.

Jon Huntsman Sr. and his wife Karen Huntsman are contributing about half the cost of the project, which should be complete in 2016, with space for about 300 research scientists all focusing on hereditary cancers that tend to strike children.

"For parents of a child with cancer, the cure rate is either zero or 100 percent," said LDS Church Apostle M. Russell Ballard, who spoke on behalf of the LDS Church.

All of the speakers at the event paid tribute to Jon Huntsman Sr., who founded the institute 20 years ago and has since given more than half a billion dollars of his personal fortune to the cause.

Former Utah Governor and Ambassador to China Jon Huntsman Jr. paid tribute to the generosity of his parents.

"When you start with nothing, and you make something, they developed a unique philosophy which I wish was followed by more people, which was: What we make we're gonna leave behind," Huntsman Jr. said.

Karen Huntsman spoke of her husbands current health, saying he sometimes has trouble just getting out of bed and walking across the room.

"But his mind is focused on [the new center]. And it is going to be a truly amazing research center," said Karen Huntsman.

Huntsman Sr. choked up talking about children he knew who died of cancer, a disease he has fought four times.

"We will fight on," he said. "We will be at your side. We will hold your hand. We will love you. We will gently and tenderly care for you."