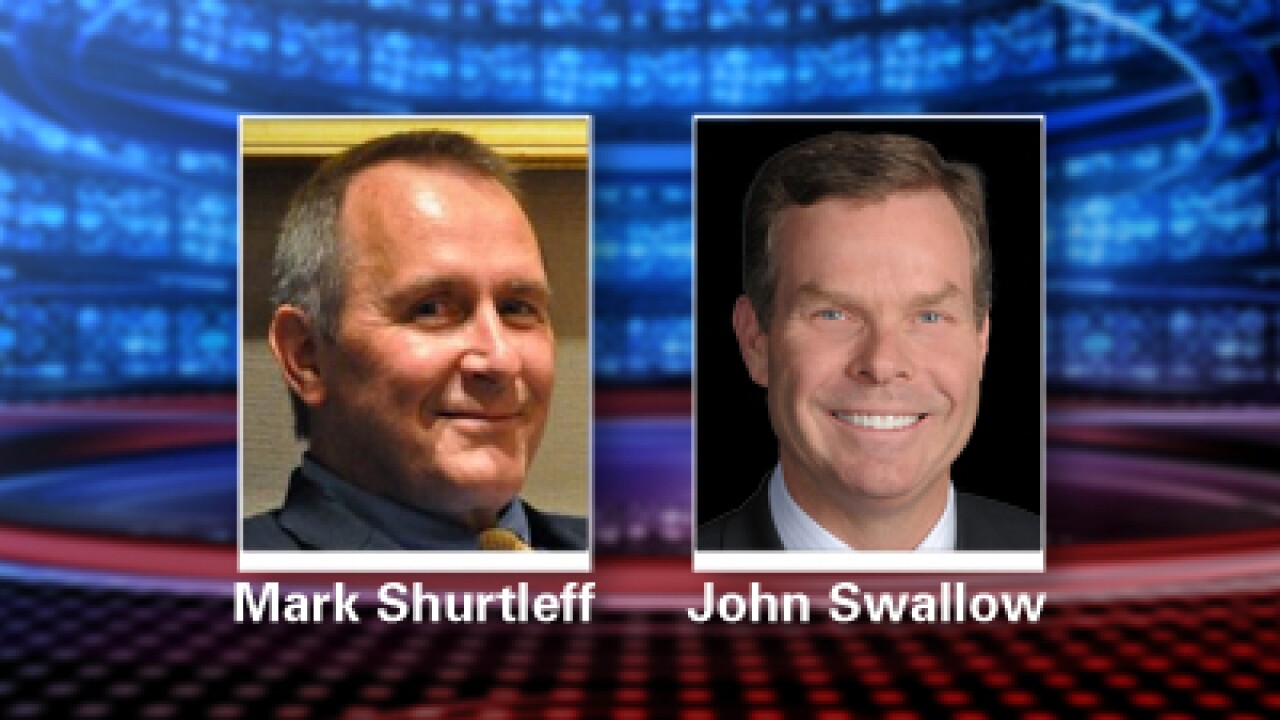 Cowley's lawyer told FOX 13's Ben Winslow that Cowley has been given a "grant of immunity" in exchange for her cooperation.

"She's cooperated from the inception of the investigation," Jim Bradshaw said. "We fully anticipate her cooperation will continue."

SANDY -- FBI agents are searching the homes of former Utah Attorneys General John Swallow, as part of an ongoing criminal investigation into allegations of misconduct.

A third search warrant was executed Monday night, but officials would not say for where.

The warrants were served Monday evening at the Sandy-area homes of both Shurtleff and Swallow. FOX 13 watched as numerous FBI agents and officers with the Utah Department of Public Safety went into their homes. Garage doors closed as seized evidence was loaded into vehicles, FOX 13's Annie Cutler reported.

Salt Lake County District Attorney Sim Gill confirmed the search warrants were tied to the criminal investigation he and Davis County Attorney Troy Rawlings are conducting into Swallow and Shurtleff's activities in office.

"We continue to work with our state and our federal law enforcement partners," Gill told FOX 13's Ben Winslow on Monday night. "They're engaged in a very robust open active investigation. We continue to pursue all avenues and options consistent with that investigation and support their efforts as we go forward."

Gill refused to say what agents were seizing in the homes, nor would he say when -- or if -- criminal charges could be expected.

"We are certainly examining all the evidence very critically and we are working through a very fruitful period of this investigation right now," he told FOX 13.

Rawlings has told FOX 13 the investigation has more than 100,000 pieces of evidence, culled from investigations involving federal authorities, a House Special Investigative Committee, the Lt. Governor's Office and the joint criminal investigation by his office and the Salt Lake County District Attorney.

The joint criminal investigation has included search warrants being served on staffers in the Utah Attorney General's Office, as well as for data. FOX 13 reported in March that search warrants were served on Apple and Google for phones, emails, and data from cloud storage on Swallow's devices.

Swallow has been accused of hanging "a veritable ‘for sale’ sign on the office door that invited moneyed interests to seek special treatment and favors" and "engaged in the fabrication and elimination of documents and data or data devices," according to a report by the Lt. Governor's Office.

Swallow and Shurtleff have repeatedly denied any wrongdoing.

The Utah Democratic Party put out a statement Monday night on the search warrants, praising the action.

UPDATE: Late Monday night, FOX 13 confirmed a third search warrant was being served. Its location was not immediately known.