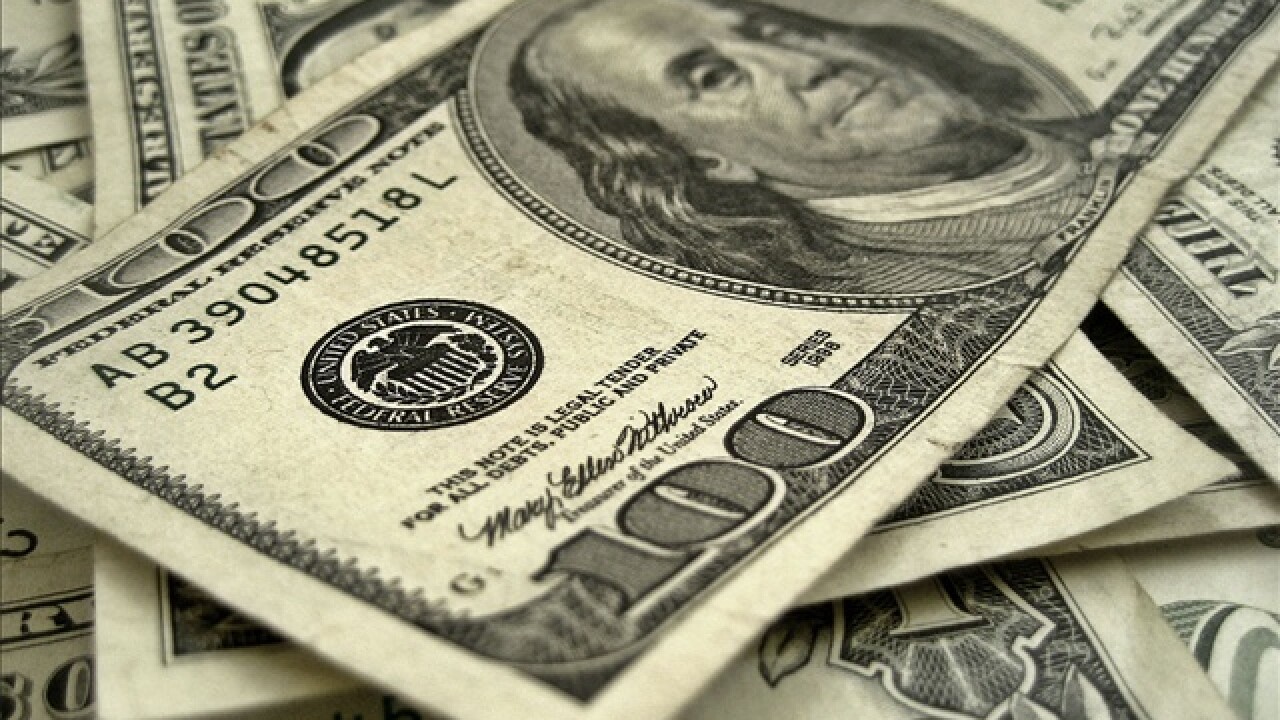 By Michael Martinez and Dan Simon

SAN FRANCISCO (CNN) — It’s a scavenger hunt for cash through the most modern of means — social media.

An anonymous, wealthy California man is hiding up to $100 or so in public places in San Francisco and then posting clues on the money’s whereabouts through his Twitter page, appropriately dubbed Hidden Cash.

The $100 bills or envelopes containing several $20 bills are amounting to $1,000-a-day philanthropy in what the Twitter account calls “an anonymous social experiment for good.”

The results have been a feel-good sensation in California: The Twitter page features selfies of joyous people who found the money — flashing smiles and cash — with testimonials of what they’re going to do next.

The anonymous donor and owner of the Twitter page is a real estate investor who’s had the good fortune of joining the wealthiest 1% of American society, especially in the last few years, he said.

When he recently closed a deal with a six-figure profit, the philanthropist decided to “give some of it back” through random acts of kindness, he told CNN in a telephone interview.

“This is not a set-up charity, but I wanted to do something fun and creative,” he said. “We were thinking of something like the ‘Survivor’ TV show or something of that nature that was a scavenger hunt. They were basically too involved. So what we did was hide cash in different places. I thought it would be fun but it’s also something simple to execute. All you’re doing is leaving money and putting clues on Twitter.”

The man said he’s between ages 35 and 45 — and no more. He maintains anonymity because he wants the attention on his pay-it-forward activities, not himself. “There’s some crazy people out there in the world,” he added.

Later this week, he will expand his hunt-for-cash giveaway to Los Angeles and possibly other cities in the country, if he can secure helpers, he said. He’s been giving away about a grand daily since Friday, he said.

For example, his Twitter page offered this clue Tuesday with a photograph of San Francisco’s waterfront and the Golden Gate Bridge: “New drop: come for the cash, stay for the views.”

The @HiddenCash page even taunted his followers — which had grown to 70,000 by Tuesday afternoon — by stating: “Surprising with almost 70k followers, but the $$$ I just left the water is still there 15+ minutes later. And that was an easy one!”

Izzy Miller, a San Francisco college student, was the lucky hunter who found the $100 bill in an envelope. Miller posted a photograph of himself and the folded $100 bill, joined by CNN correspondent Dan Simon, who found Miller just after Miller found the Benjamin Franklin.

Miller learned of the clue after his phone alerted him about a new tweet posted by Hidden Cash. Miller rolled out of bed and dashed to the waterfront. There, he found the ka-ching in an envelope taped to a tourist information box.

“I think it’s awesome,” Miller told CNN. “It’s a totally fun thing to do and the fact that he’s doing it in a philanthropic and charitable mindset makes it even cooler.” Miller said he would buy climbing shoes with the money.

The anonymous donor is emotionally moved by the words and photos that successful searchers post on Twitter, he said.

“There’s absolutely no political agenda, there’s no religious agenda, there’s no business agenda,” the man said of his unconventional philanthropy. “The whole agenda is random acts of kindness and pay it forward and to put a smile on people’s face.

“When I see people retweet the photos and say, ‘I could have really used this money’ or ‘my autistic stepson found it’ or ‘we shared it with people that were with us at the beach’ or ‘I bought lunch for my coworkers’ or ‘just giving it charities,’ there’s a lot of heartwarming stories for people,” he said.

The anonymous man plans to continue the cash giveaways for the indefinite future.

Money is no object for him. It’s only the time it takes to set up the hunts.

“I’m running around leaving money in different places, and there’s only one me,” he said, who added that a friend is helping.

He would like other wealthy people around the country to follow his lead: “I’d like for this to become a movement,” establishing a chain reaction of charitable giving, he said. “If you can give back, it’s at least as rewarding as making good investments and getting big checks and making a lot of money.”

He urges people not to look to him — or lotteries — as a godsend. There are plenty of job and business opportunities if people look hard enough, he asserted.

“I want to say to the people that are struggling, please realize it’s a game. It’s pay it forward. Don’t look to this or to the lottery to be your financial salvation,” he said.

Still, solicitations flood his inbox: He’s now overwhelmed by e-mails (his address is on the Twitter page) from people seeking money for a down payment, mortgage payment, child’s college tuition, and even dental work.

“That’s more than I really bargained for,” the man said.

Still, he has no plans to stop the small-treasure hunts.

“I’m having a great time,” he declared.

So far, the only people who have figured out his name are his friends, who identified his voice from his audio-only interviews with northern California broadcast outlets.