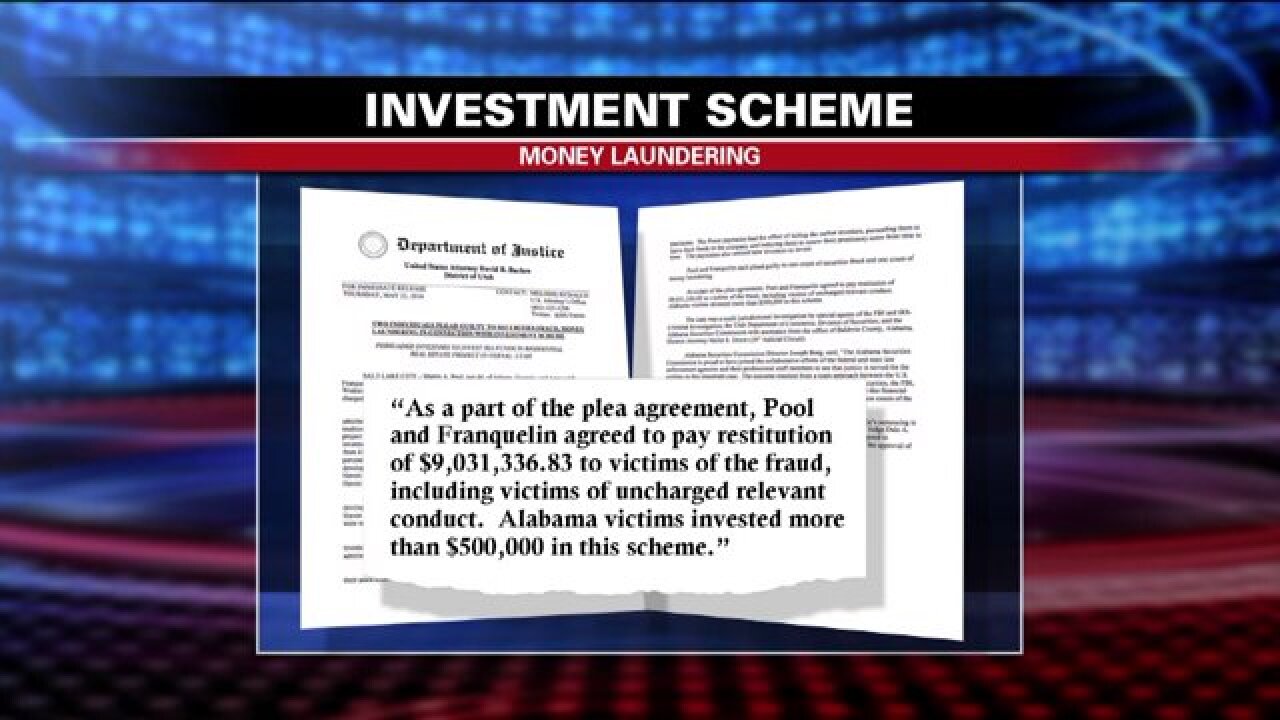 The men gained the trust of investors, getting them to convert their traditional IRA's to a self-directed account where their investment money was supposed to support a real estate project in Vernal, Utah.

The scam occurred over more than four years, between 2006 and 2010. Martin Pool, of Atlanta, and Armand Franquelin, of Liberty, Utah, got victims to invest in their company, The Elva Group. In return for their retirement case, the victims received promissory notes promising annual returns of between eight and 20 percent.

Instead, Pool and Franquelin were paying off investors from a previous Ponzi scheme they had perpetrated on another set of victims.

As part of the plea agreement, Pool and Franquelin agreed to pay restitution of over $9 million to the victims of the fraud.

The defendants agreed to their peal deal last week and both face possible prison time.

The IRS said this is just another warning to folks out there that if it sounds too good to be true, it probably is.

"In this regard, I think people here, especially in Utah, seem to be far more trusting than they ought to be, whether it's somebody from their church or a friend or their work even, they need to do due diligence," said Virginia Keys, IRS special agent. "Promissory notes aren't how you give your money to get your investments, that's not... it doesn't make any sense."

Pool and Franquelin appear to have scammed people mainly in Utah and Alabama. Both men are set to be sentenced this summer.