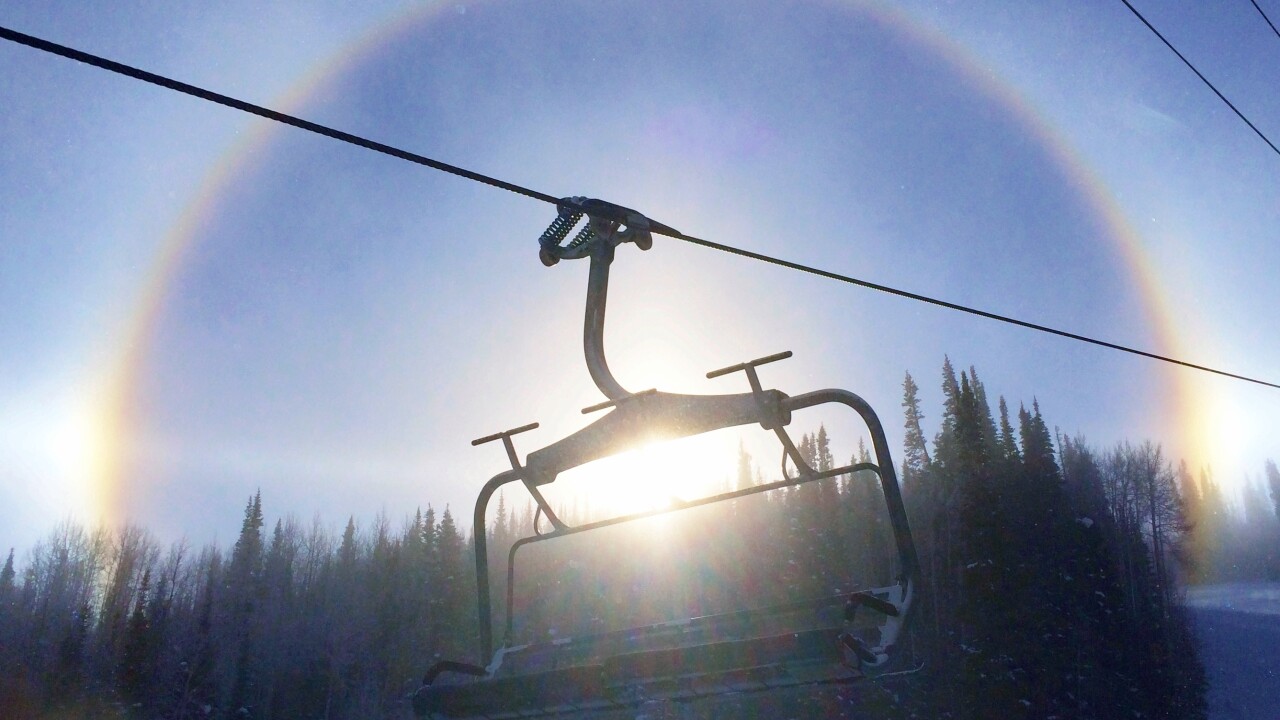 SILVER SUMMIT -- A judge here has ruled Park City Mountain Resort missed a key deadline to renew its lease on the mountain, giving control of the slopes to Talisker Holdings.

"The Court, as least as much as most members of the Summit County community, had certainly hoped that the parties to this litigation would have been able to find a way, at some point during the many months this case has been pending, to resolve the situation amicably for the good of everyone including the community, and keep both resorts operating in something close to the usual manner," he wrote.

"We respect the Court's decision but at the end of the day it doesn’t change the fact that Vail and PCMR can and must resolve this dispute," he wrote. "Let me be clear: we will not walk away and allow a Vail takeover."

In a statement to FOX 13 through its lawyer, Talisker Holdings suggested it was already preparing for a new tenant: Vail Resorts.

"Talisker looks forward to bringing in Vail Resorts as its new tenant and operator of the terrain. By pursuing this lawsuit, PCMR caused years of unnecessary uncertainty for the Park City community and its guests. It’s now time for PCMR to move on and work out a realistic solution for access to the ski terrain from Park City," attorney John Lund wrote.

Dana Williams, the former mayor of Park City, said it would be in the city's best interest to have the resort open.

"If the lower mountain portion of Park City Mountain resort goes out of business, the economic impact here is huge," Williams said. "I don't think it's in either party's best interest that we go a ski season without the resort being open."

Park City Mountain Resort, a crown jewel of Utah's multi-billion dollar ski industry and a one-time Olympic venue, was served with an eviction notice last year. It stemmed from a lawsuit it filed against Talisker Holdings, which owns the mountain (and also leases to Vail Resort, which operates Canyons Resort nearby).

Talisker has claimed PCMR missed a key deadline to renew its lease in 2011.

"The only thing they had to do was provide notice 60 days in advance that they wanted to renew the lease," Talisker attorney Howard Shapiro said last month. "They failed to do that."

PCMR claimed it was an "honest mistake." Attorneys for the ski resort argued they had been operating on the belief they were renewing their lease, making improvements to the property and talking about long-term goals.

The decision by the judge does not end litigation. PCMR still controls the base of the mountain.

PCMR told FOX 13 the ruling is not expected to affect the upcoming ski season.

It is anticipated there will be more lawsuits connected to the resort dispute and Judge Harris is still ruling on additional motions in the litigation.

Rick Falco is a regular skier at PCMR, and he said he likes it the way it is.

"Park City Mountain resort has its own vibe compared to any other mountain the country I've been too," he said.

“We are very pleased with the Court’s ruling today, reaffirming that Talisker’s leases with PCMR expired on April 30, 2011, more than three years ago. Talisker is also pleased that the Court has denied PCMR’s claims that Talisker violated any provisions of the lease, including with regard to any right of refusals. Talisker looks forward to bringing in Vail Resorts as its new tenant and operator of the terrain. By pursuing this lawsuit, PCMR caused years of unnecessary uncertainty for the Park City community and its guests. It’s now time for PCMR to move on and work out a realistic solution for access to the ski terrain from Park City. Talisker also looks forward to concluding the rest of the court case, including working out the amount of back rent and damages owed to Talisker by PCMR.”

“While we recognize that PCMR has the right to appeal, they have now brought numerous claims over three years, substantially all of which have been dismissed by the Court. PCMR has already asked this Court to reconsider some of its earlier rulings, and PCMR’s claims were denied for a second time. We do not believe an appeal by PCMR has any merit and we sincerely believe that it would be best for all concerned for PCMR to stop using the legal system to cause further delay and uncertainty and refocus instead on a positive and constructive solution. We look forward to the Court proceeding expeditiously on the next steps in the process.”

"We respect the Court's decision but at the end of the day it doesn’t change the fact that Vail and PCMR can and must resolve this dispute. For that to happen, both parties will need to sit down at the table, negotiate in good faith, and come to a rational agreement. We are committed to doing exactly that, which is why we have made repeated offers to buy or lease the disputed property for an amount far in excess of market value. But let me be clear: we will not walk away and allow a Vail takeover.

To date, there has been no response to these offers. By picking up where Jack Bistricer and Talisker left off in demanding we sell PCMR at terms they dictate, Vail is demonstrating a fundamental misunderstanding of what this litigation could yield for them. That may explain their willingness to acquire the Canyons at a premium and its corresponding desire to get PCMR on the cheap, but it does not change the basic facts at issue: even if Vail ultimately prevails in this litigation, it cannot possibly operate a resort on the leased property. They do not own the adjacent lands and facilities that are essential for ski operations to take place. And they are not for sale.

Our community has become one of the world’s premier ski destinations because each of our three resorts – PCMR, Canyons, and Deer Valley – offers a unique ski experience, and because we compete with each other for guests. A Vail takeover would diminish what we collectively offer to guests. They may boast of their domination of other communities but that flies in the face of what has made Park City so successful.

We know this dispute has created uncertainty and tension within Park City. We remain hopeful that a rational resolution can be made. In the meantime, we are going to continue to do what we’ve done for the past 50 years: focus on delivering the best possible guest experience, make continued investments like Woodward Park City, and be a responsible part of a community that makes Park City an incredible place to work and live."

Statement on from Alan L. Sullivan of Snell & Wilmer, an attorney for PCMR:

"Park City Mountain Resort is disappointed that the Third District Court for Summit County ruled in favor of Talisker and Vail on claims related to the leases, right of first refusal and ban on sale. While we are respectful of the Court, we believe there are significant factual disputes which require a trial and at the appropriate time we intend to appeal these rulings. We have always anticipated a lengthy legal process to resolve this litigation.  We are committed to ensuring that PCMR has its day in court so it can show that it acted responsibly and in good faith and that its right to use the lands at issue has been extended.

In the meantime, we expect that PCMR will operate business as usual for the 2014-15 season. We believe that no action affecting the operation of the Resort can occur until the appeals are completed, which is likely to take at least another year. Vail’s motion for partial summary judgment on their unlawful detainer counterclaim, which requests the eviction of PCMR from the upper slopes of the mountain, puts the cart before the horse: the litigation must be allowed to reach its conclusion first. The Court has scheduled a hearing on the unlawful detainer counterclaim for June 19."