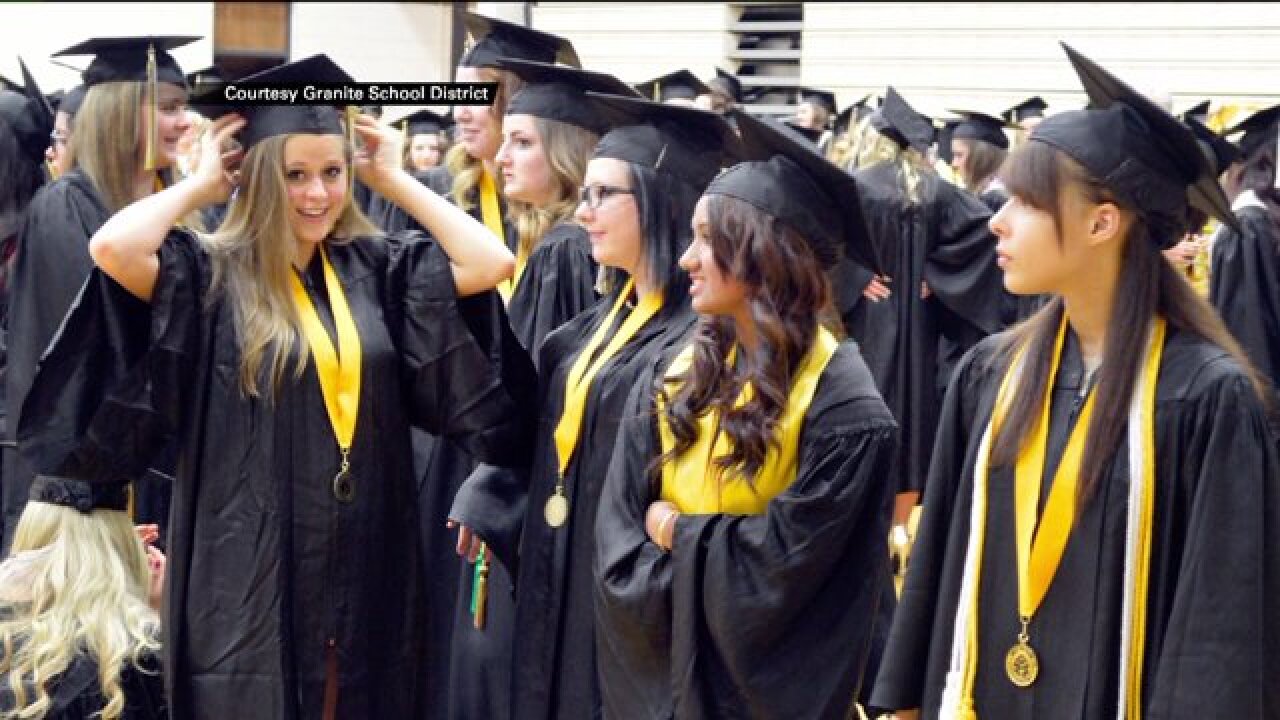 SALT LAKE CITY -- There are 16 students with 4.0 GPAs at Skyline High School this year, but none of them will be named valedictorian.

The high school, located in the Granite School District, has decided to expel the honor. It has become a reoccurring theme in many schools in Utah and the rest of the country.

"There is a multitude of options these days from our AP classes, international baccalaureate programs, CTE courses, concurrent enrollment and it is more and more difficult to determine how students are competing against one another," said Ben Horsley, of the Granite School District.

Skyline 4.0 students have mixed emotion. While other schools in Utah have upwards of 10 valedictorians, Skyline students will have none.

"We all worked this hard to get to where we are, that sort of recognition would be great," said Nicholas Ridge.

"I think it's nice they don't select one valedictorian because everyone is pretty representing of the school and it allows more counter balance and fairness throughout," said Jane Saviers-Steiger.

So the next obvious question is, ‘who gives the speech at the graduation?’ At skyline, it's up to a committee made up of class officers and advisors to decide. Any student in the senior class is welcome to audition.

"It really is up to the senior class officers -- these are their peers, this is their program, this is their graduation ceremony -- so it's important that they have a good amount in how that is determined," Horsley said.

Rajdeep Trilokekar would have had a 4.0 if it weren't for one A minus. In other schools that would have taken him out of the running to give a speech, but not at Skyline.

"I think I do like this process because I get to speak as I wish and audition off of my speech talent not necessarily off of my grades," Trilokekar said.

Not all high schools in the Granite School District operate the same. Some of them do have valedictorians, while others have auditions, but only seniors with a certain grade point average are eligible.