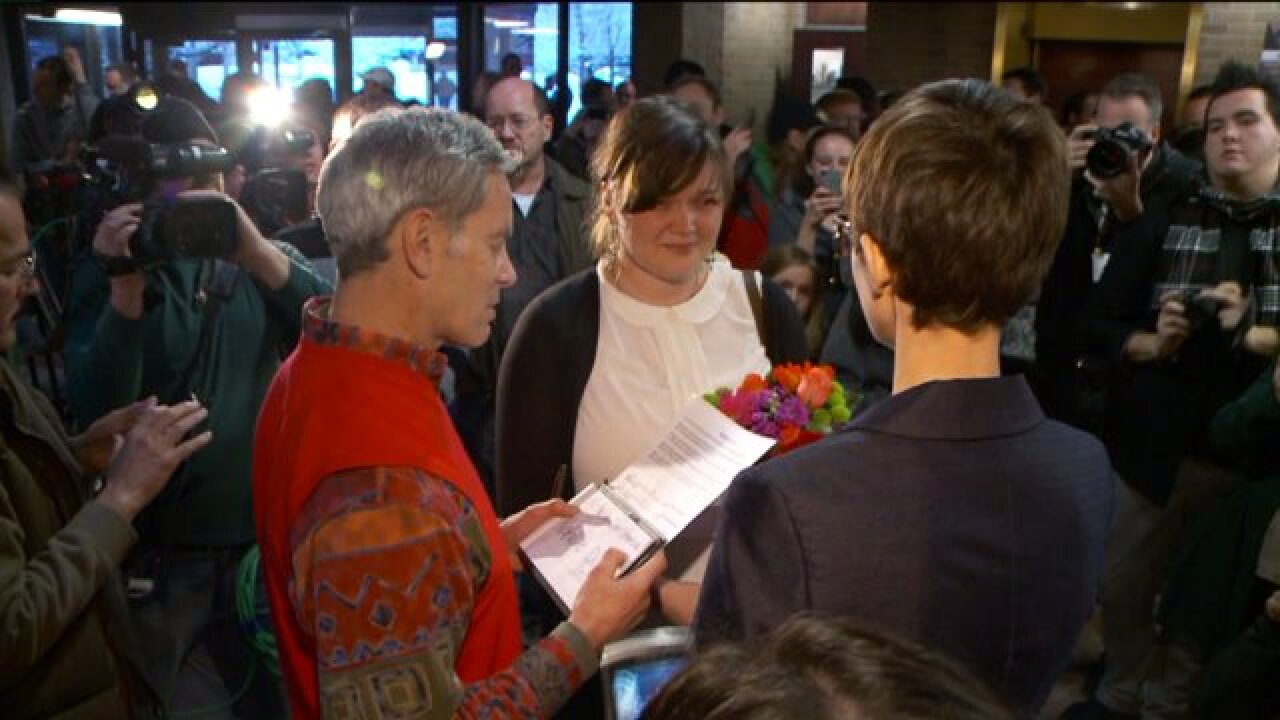 SALT LAKE CITY -- Utah's Supreme Court has put a hold on second-parent adoptions by same sex couples in the state.

A stay was issued Friday night at the request of Utah Attorney General Sean Reyes.

“There should not be any adoptions until the Supreme Court has ruled,” said Gayle Ruzika with Utah Eagle Forum, which is an activist group that advocates for various conservative causes.

Now that Utah’s federal court has granted Reyes a stay, there won’t be. The stay involves same-sex couples who got married in the days following federal judge Robert Shelby’s decision striking down Utah’s ban on such unions. Many of those couples were already raising children adopted by one of the adult partners.

Several district court judges have extended those adoptions to the second member in married same-sex couples.

“District judges were ordered by the state to grant these adoptions to gay couples that were already married, so to take that away is very hurtful and frustrating for families,” said  Deann Armes with the Utah Pride Center, which is a group that advocates for LGBT causes.

Utah’s attorney general has not complied with earlier court orders, instead seeking this stay. He said there's too much confusion as Utah’s law is being tested in federal and state courts.

"The decision was a wise decision, it should have been the same with marriages,” Ruzika said of the stay.

Armes calls the stay an unfortunate setback that causes psychological harm to the couples and their children.

Ruzika said all children deserve to have a mother and a father, and it’s the state’s responsibility to uphold this ideal while Amendment Three remains in effect.

But Armes said that way of thinking is not pro family at all. He said recognizing the unions of same-sex couples helps them and their children.

“To create families, to raise our children and have that be validated by our state and society and to just enjoy and have what every other family has,” Armes said.

The Utah Supreme Court has not yet scheduled a hearing over adoption rights for Utah’s same-sex marriages.