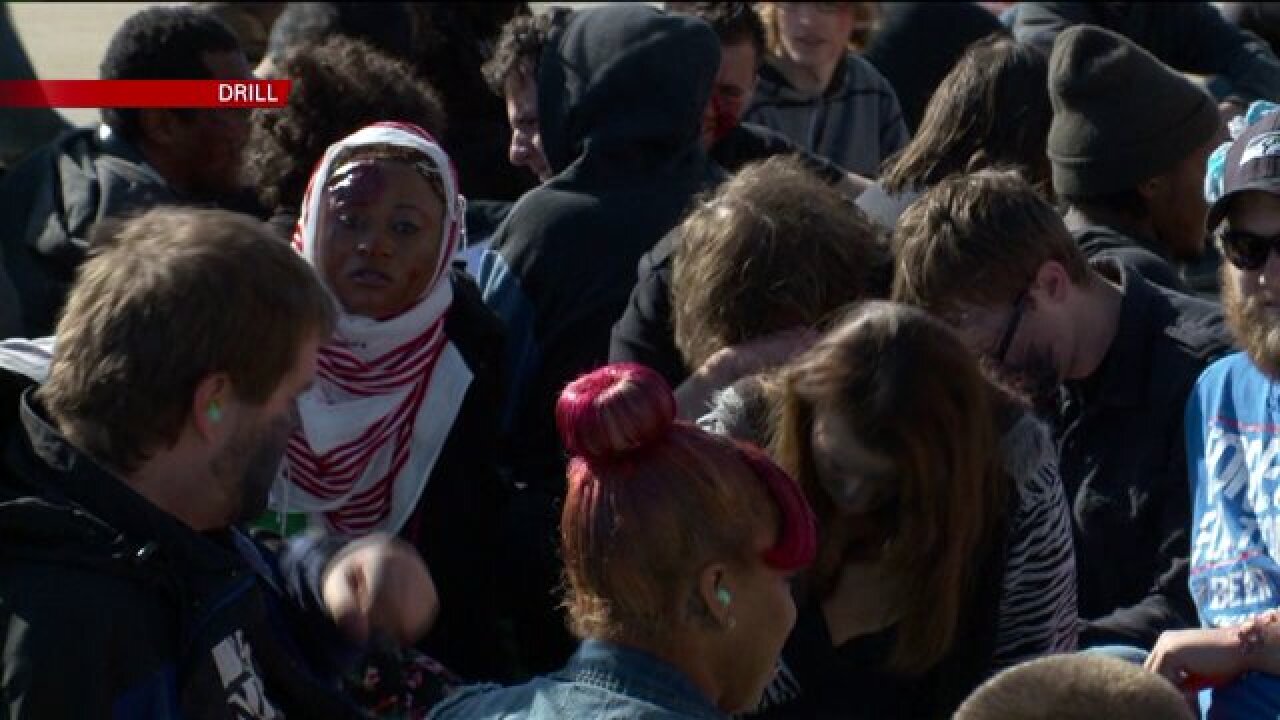 The simulation was meant to prepare them for an upcoming air show on June 28.

Approximately 400,000 people are expected for the show. Wednesday’s scenario was an F-16 demo jet crashing into a large crowd resulting in 250 to 300 victims.

First responders from HAFB and emergency personnel from 20 different agencies respond to the scene to sort through the casualties.