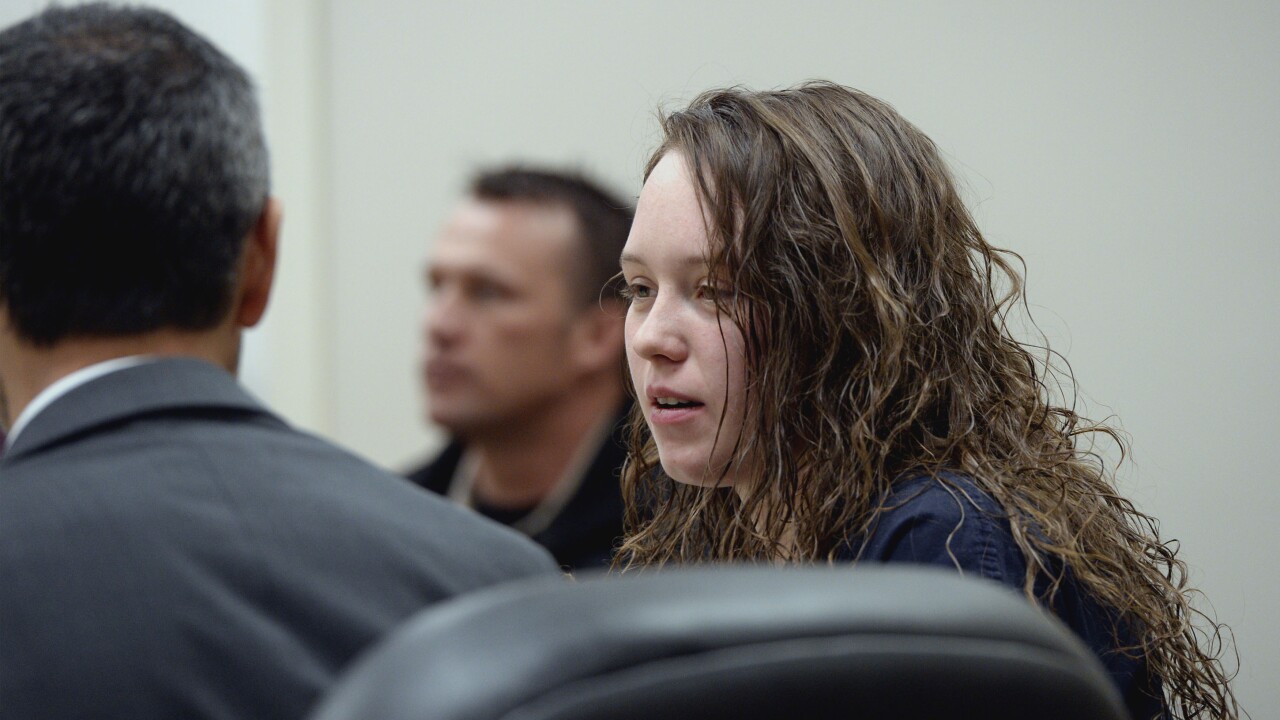 Al Hartmann | The Salt Lake Tribune Meagan Grunwald, a teen charged in connection with fatal officer shooting in Utah County talks to one of her defense lawyers during her preliminary hearing in Judge Darold McDade’s courtroom in Provo Wednesday April 16.

PROVO -- A 17-year-old girl who was allegedly involved in the fatal shooting of a Utah County Sheriff's sergeant and the wounding of a deputy pleaded not guilty Monday morning.

Meagan Dakota Grunwald is charged with several felonies in connection with the death of Sgt. Cory Wride, the wounding of deputy Greg Sherwood and shooting at several other officers during a high speed chase that stretched from Eagle Mountain to Nephi in late January.

Prosecutors said they have overwhelming evidence to show Grunwald was behind the wheel and aided Garcia-Jauregui by carjacking an SUV and evading police. Garcia-Jauregui was shot and killed by officers.

Dean Zabriskie, Grunwald's defense attorney, said Grunwald was not a willing participant in the shootings and ensuing police chases.

"She was forced to do it. There'll be testimony offered if this matter goes to trial that that gun was turned on her on more than one occasion," Zabriskie said. "[H]er choices were reduced to either comply or give up her own life and then things just spun out of control."

The charges levied against Grunwald include murder, aggravated murder, discharge of firearms, obstructing justice, criminal mischief, accident involving property damage, aggravated robbery, possession or use of a controlled substance and failure to stop at command of police.

Grunwald is due back in court on June 2 for a scheduling conference.