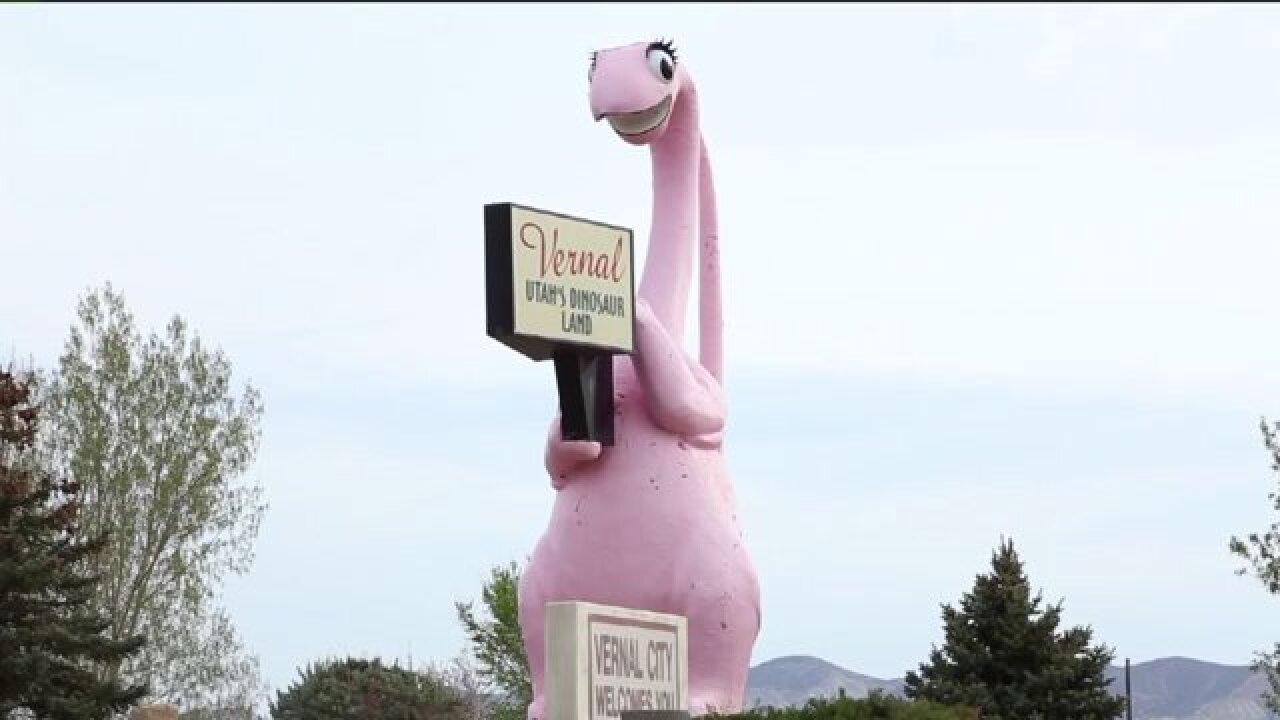 VERNAL, Utah – An iconic pink dinosaur in Vernal that stands 40-feet tall has been around since 1958, and now it’s getting a makeover.

“Dinah” the dinosaur is a fiberglass sculpture that was put in place more than 50 years ago to accompany the “Dine-A-Ville Motel,” which was run by Helen Millecam-Morrill and her late husband, George.

The city of Vernal has put up $26,000 to renovate the aging structure.

"People come in from the east end of the city, they see that pink wonderful Dinah there, it's always been pink, and now we have that opportunity to give it a facelift,” said Vernal City Manager Ken Bassett.

Bassett said their plans go above and beyond touching up the paint, as has been done in the past.

"But now it's gotten to the point that we have to sand blast it, redo the fiberglass and some of the metalwork as well, and then start all over and paint it beautifully pink again,” Bassett said.

The dinosaur has been a popular roadside attraction and photo-op since its creation. Melinda Barlow, Millecam-Morrill’s daughter, said when they were growing up Dinah was part of the family.

“My little sister that's four and my older sister and my brother, that's where we would pose for our family pictures was with Dinah, I think she was like part of our family,” she said. “We loved her. We played on her all the time. She was like the best play area ever."

Millecam-Morrill donated Dinah to the city in 1999, and she said she is delighted the city will keep up on the dinosaur’s maintenance. Bassett said they hope Dinah remains a part of the town for years to come.