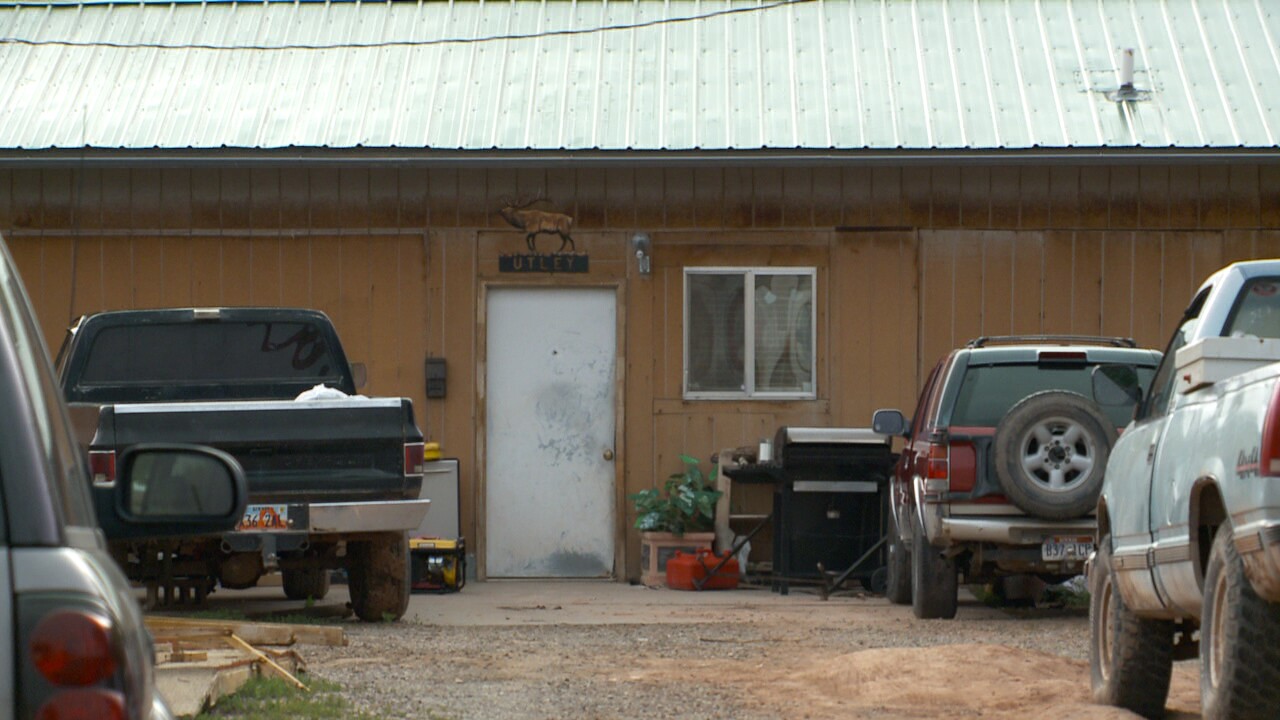 RICHFIELD, Utah -- Officials say two people have died and two more are sick after an apparent carbon monoxide poisoning incident, and neighbors said a man who attended his mother's funeral a short time ago has now lost his son and step son.

Chief John Evans, Richfield Police Department, said personnel responded to a call at about 7:30 p.m. Friday regarding deceased individuals in a home in the area of 200 S. 400 West.

“When officers got there, they found two male subjects that were deceased and two females that were lethargic, there were transported to Sevier Valley Hospital," he said.

Evans said a man had left the residence at about 6 a.m. Friday, and when the man returned that evening he came upon the victims, who Evans said were his son and step son. The relationship between the man and the female victims was not immediately clear.

The deceased males were later identified as 21-year-old Tyler Utley of Richfield and 17-year-old Joey Julander of Richfield. The females who were sickened were identified as 19-year-old Vannesa Batistic from Elsinore and 14-year-old Kennedee Starr of Annabella.

Police said in a statement that Kennedee had been released form the hospital in good condition Saturday. Specific details regarding Batistic's condition were not available.

Evans said power had been shut off at the home since Wednesday and that the residents had been using a generator to heat the dwelling. Evans said windows were open, but that was not enough to keep the residents safe.

“Detectors," Evans said. "If they would’ve had a [carbon monoxide] detector they probably still would have been alive, would’ve been OK."

Evans said one of the female victims was in a Richfield hospital, and he said the other was taken by helicopter to Utah Valley Regional Medical Center.

Evans said the two bodies have been sent to the medical examiner's office to determine an official cause of death. At this point officials believe they died due to carbon monoxide poisoning.

Richfield is a small community, and Evans said the tragedy has struck hard.

“Everybody knows everybody, and it’s really devastating to the community," he said.

Peggy White lives near the home and knew the victims. She said they first heard of the incident over a police scanner they have in the home.

“It was horrible," she said. "I kinda cried, and all our family come up and sit here and watch them, and it was terrible."

White said the man who came home to find his son and step son dead had also recently attended his mother's funeral, which she said makes the situation especially tragic.

“We just went to his mom’s funeral two weeks ago, because we’re such good friends with the family, and now this is just horrible," she said. "Poor kid. I don’t know what he’s gonna do. It’s gonna be sad, very sad.”