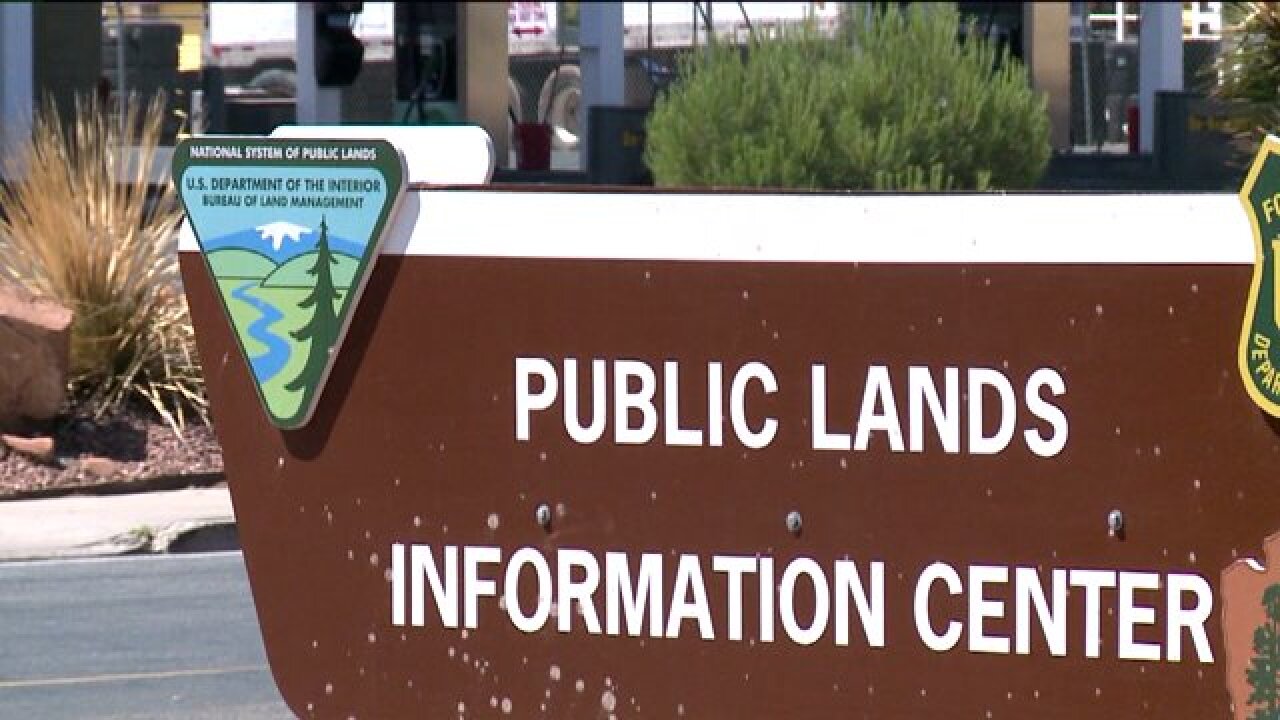 JUAB COUNTY - Utah Highway Patrol officials are investigating a threat made to a Bureau of Land Management employee, and whether there may be a connection to the federal land war with Nevada rancher Cliven Bundy.

The threat happened Tuesday morning. Utah state BLM director Juan Palma said a pickup came alongside an employee traveling on I-15 near Nephi.

The two occupants allegedly pulled a gun and showed a hand-written sign with the words “you all must die.”

“We do lots of great things for our citizens,” Palma said. “So I do get concerned when that value and work becomes threatened by individuals who may have other agendas unrelated to what we’re trying to do here in Utah.”

Palma said they’re visiting with employees and taking extra safety precautions. The two wore hoods and had covered their license plate with duct tape, and investigators said those are tactics similar to those used by Bundy supporters during the April standoff with federal agents near Bunkerville, Nevada. Palma said at this point there’s no concrete connection.

Cliven Bundy said that’s not the way the fight with the BLM should go.

“As far as a threat to the United States or BLM officers or anything like that, that’s not appropriate,” Bundy said.

Bundy continues to meet with supporters near his ranch. The numbers have decreased significantly, and the concern from Palma is those supporters are on their way home, taking an anti-government sentiment with them.

Bundy said he hopes they haven’t created that feeling, as his only concern is he wants the federal government recognize his belief that the public lands belong to the states.

“I would recommend they make their county and state responsible and hold them accountable to protect their life liberty and property on these lands,” Bundy said.

The incident near Nephi appears to be isolated. Still, BLM employees in some areas are removing the agency’s logo from their vehicles as a precaution.