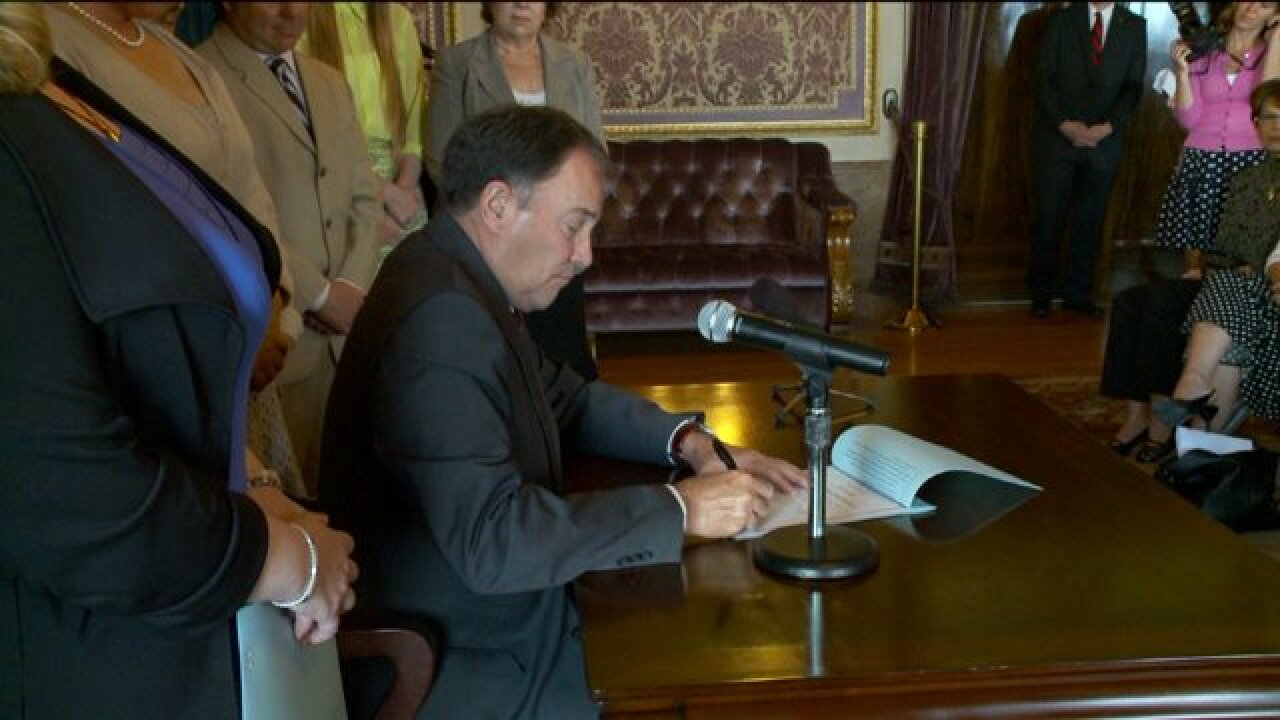 SALT LAKE CITY -- Gov. Gary Herbert signed several bills into law that are meant to tackle issues with sexual violence and pornography in the state.

"I was glad that all these bills were signed together because there is a common thread running amongst these bills. One of the common threads unfortunately is pornography," said community advocate Pamela Atkinson.

lawmakers say as electronic communication continues to grow, legal rights are struggling to keep up.

"People would ask us isn't this already against the law and the answer is, ‘No,’” said Rep. Craig Hall.

"I've been told of situations where men will sit down with their sons or young boys and say, ‘you need to watch this to become a man.’ That's what this bill is targeting. It gives the judge a tool to use when they are determining whether a parent is fit to raise a child," said Sen. Todd Weiler.

Along with the anti-pornography legislation, the governor signed off on a bill that gives rape victims status updates on rape kits and another takes on the growing issue of human trafficking.

Advocates say these are topics many people don't want to talk about, but those who are willing made an impact on the legislation.

"As soon as one survivor tells their story that empowers other survivors to come forward and share theirs -- and that really opens people's eyes that we have people next door who have been impacted by this, but it also helps people to know that people who have been victimized can thrive," said Alana Kindness, with the Utah Coalition Against Sexual Assault.