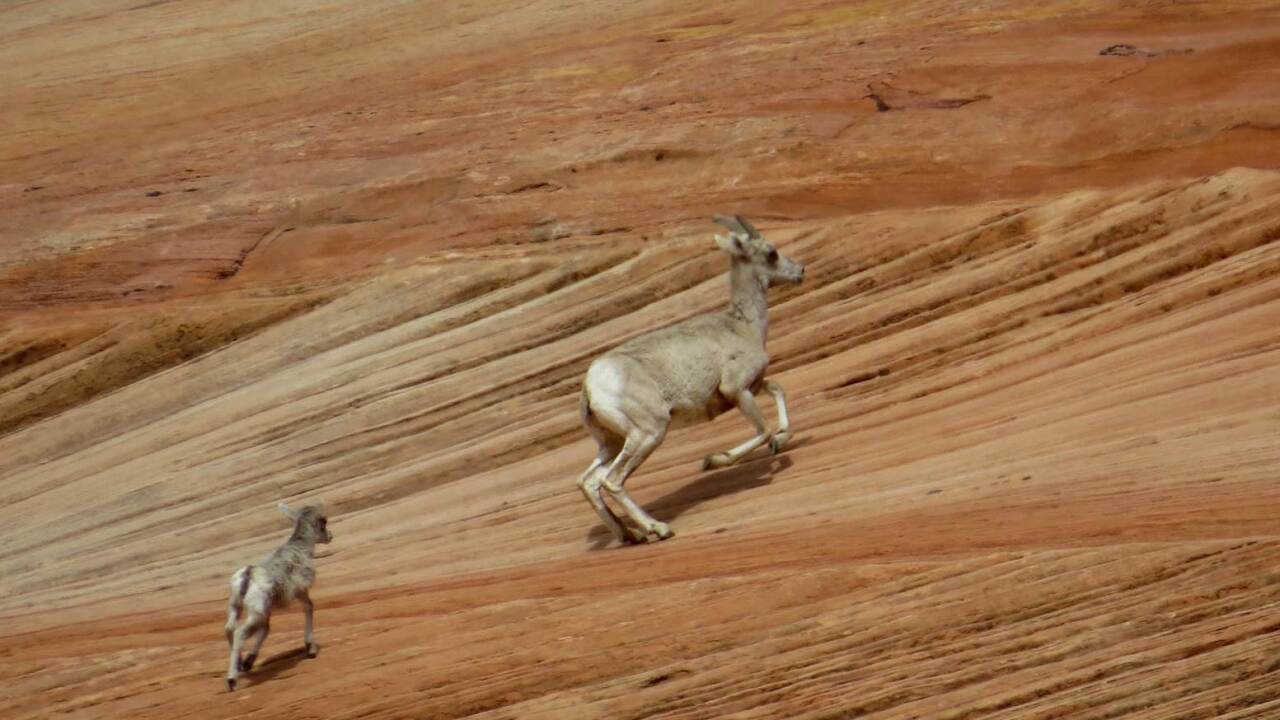 ZION NATIONAL PARK -- Volunteers saw a remote-controlled drone flying close to a herd of bighorn sheep, causing several young sheep to be separated from the adults as they scattered, a report from Zion National Park said.

“I am sure most people who fly drones have no desire to harm wildlife or endanger our other visitors. Many may not even know that it is illegal to fly a drone here at Zion,” said Zion National Park Superintendent Jim Milestone in a statement sent to FOX 13 News.

Flying an unmanned aerial vehicle within the park can be penalized by a $5,000 fine and/or up to six months imprisonment.

Zion National Park officials hope educating the public about the reasons for making drone flights illegal will help to protect the park, its wildlife and its visitors.

“Animals can be injured when attempting to escape or avoid drone activity. Drones can also change the natural behavior of wildlife and lead to unnecessary energy expenditures. This has the potential to affect survival and reproductive success in many species," said wildlife biologist Cassie Waters.

In addition to negatively affecting ground-based wildlife, the statement said, drones could prevent birds from successfully nesting. Birds might abandon their nests if they feel threatened.

The presence of drones has also affected people who visit the park.

"Some visitors have complained about drones interrupting the usual peace of Zion’s soundscape and wilderness, while others have reported feeling unsafe as drones buzz through slot canyons and along exposed trails such as Angels Landing and Canyon Overlook," the statement said.