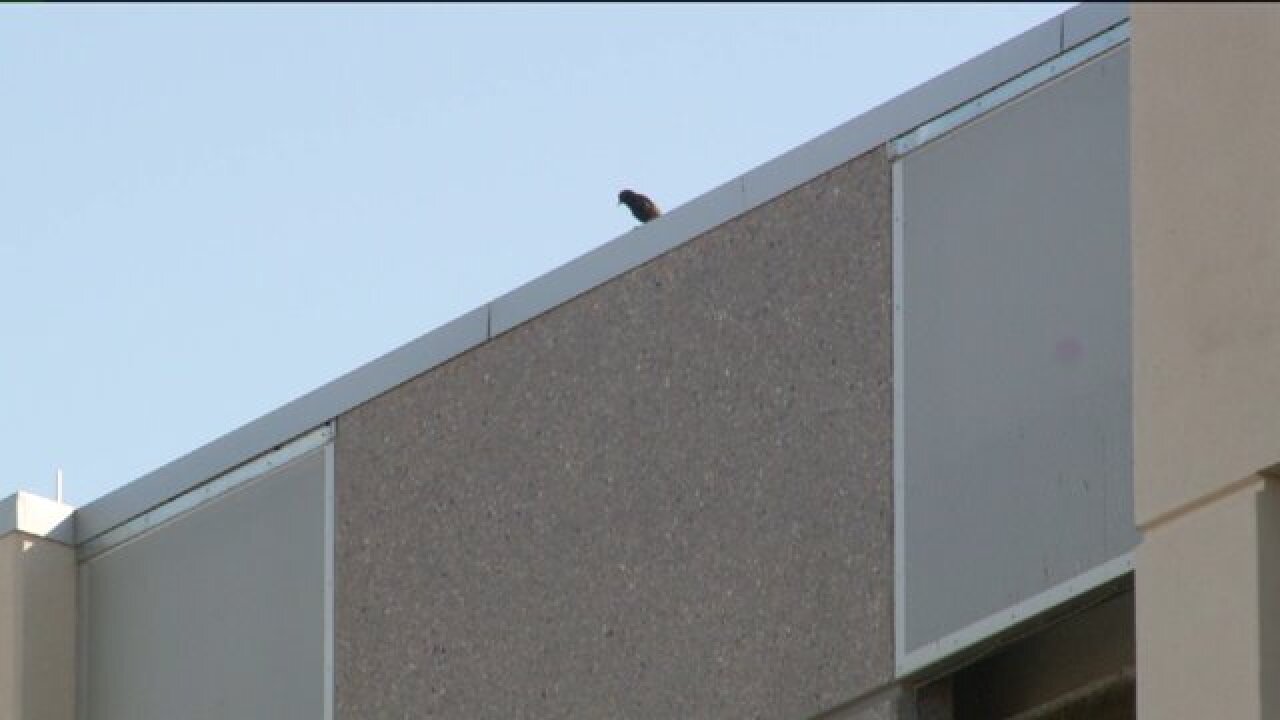 SALT LAKE CITY -- Birds -- they can nest in all sorts of places.

While birds can nest anywhere, the FBI of Salt Lake City is finding out they aren’t easy to get rid of.

Netting was recently put up in the windows at the FBI’s parking garage in order to deter the birds from taking up residence. The FBI says it has been a problem since they moved into their new International Center facility in 2012.

“Because of the vast amount of waste left by the birds it was determined to hire an expert to mitigate the bird problem in the most humane and legal matter,” the FBI states.

However, when putting up the netting to keep birds out, the company at the same time trapped birds inside.

According to an anonymous FOX 13 tip, some of these birds may be the protected swallow.

“The Barn Swallow in particular is a very suburban urbanized bird and has learned to use shelters, and bridge overhangs and so forth,” said Bill Fenimore, of the Department of Natural Resources. “They are protected by the Migratory Bird Treaty Act, so you want to make sure you don’t go out and cavalierly knock nests down and things of that nature.”

Fenimore said this is the time of year when the swallows need their nest most.

“They will start to lay eggs, the nesting incubation time is about 17 to 18 days, and they’ll have about two broods a year,” Fenimore said.

The FBI goes on to say, “During the installation of netting in the garage the company examined the area and did not find any evidence of nesting swallows.”

There is video evidence of plenty of other species, from pigeons, to sparrows, to starlings. Many of them have been confined to the inside of the garage for days.

“We are aware of this issue and the building management has contracted with the pest control company to trap the birds and release them outside the garage,” according to the FBI.