Tooele teen with disability enjoys a prom night to remember 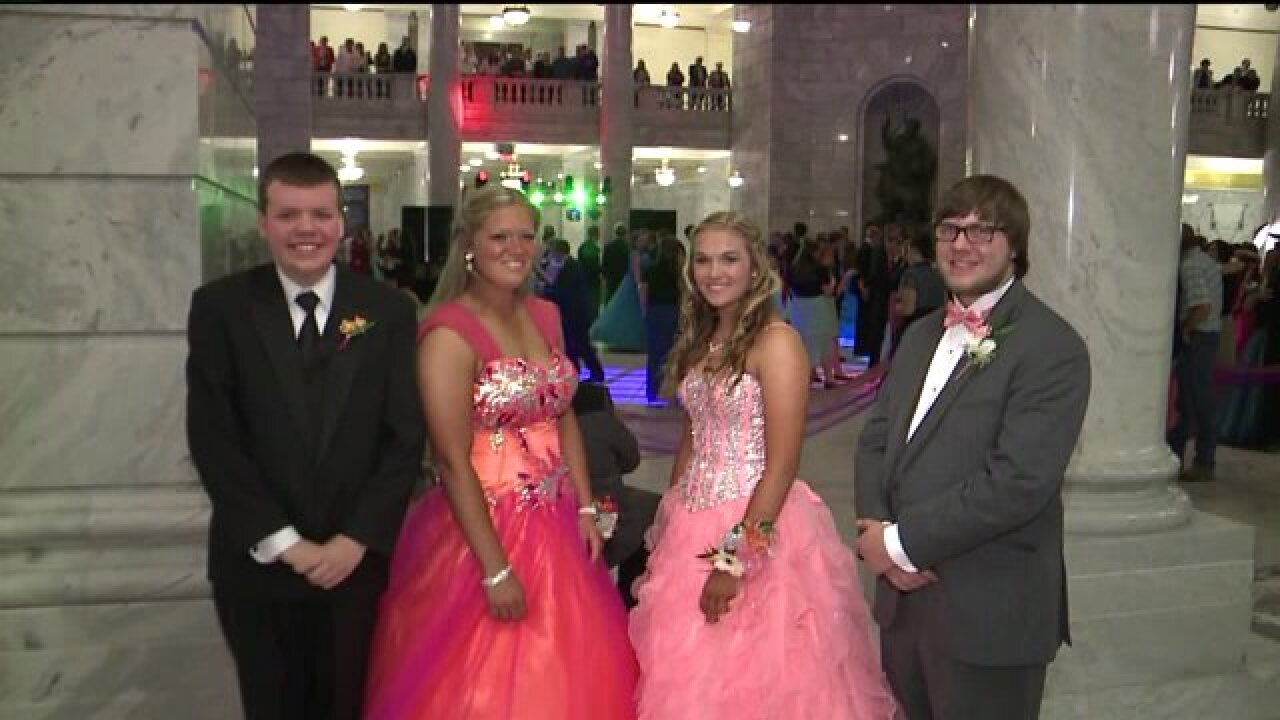 TOOELE, Utah -- It's a night many teens look forward to: the prom, and it was a night to remember for one Tooele High School student after he was asked to go by a pretty, popular girl at school.

What made this dance so special for him? Kaidn Shield has a disability. His Mom says sometimes he's left out when it comes to fun-filled school activities, but not anymore.

A sweet girl named Taylor Roberts decided to ask him to the prom because she wanted to make his night, and she did.

"Well, we're going to dance," said Kaidn Shield while he was getting ready for the prom at home.

For him, the dance has a different meaning than for most of the Tooele High School students at the State Capitol Friday night.

Pretty in pink, Taylor Roberts has a heart of gold.

"I asked Kaidn because I've been taking special needs, the peer tutor classes at Tooele High School, and I thought it was a really good honor to take someone and it was just the first thing that came to mind when it came to prom to take someone I knew I could make their night," she said.

"Kaidn gets left out of normal school activities because of his condition, his disability limits him from doing different things," she said.

Instead of leaving him out, the group of Tooele teens is making sure Kaidn knows he's one of them. Kaidn and Taylor spent the entire day together. They went to the zoo, lunch and even dinner before dancing the night away at the the prom.