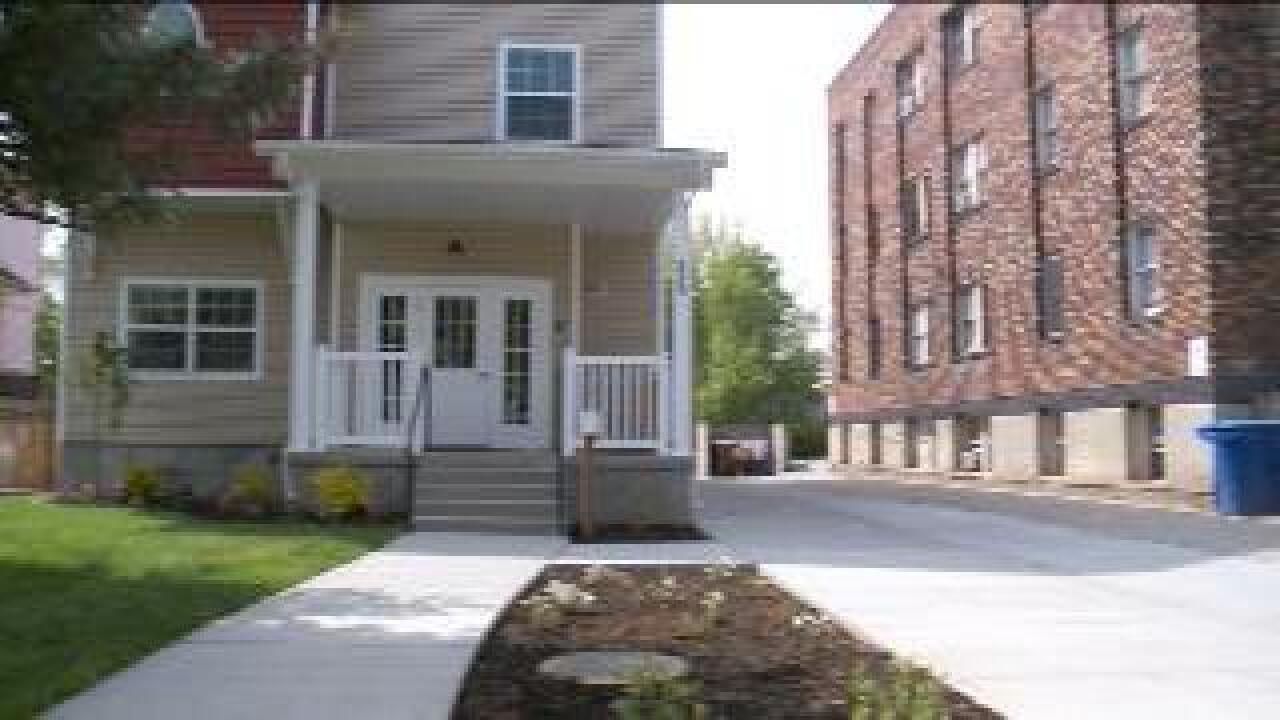 SALT LAKE CITY -- On a street lined with apartments, the new neighbor at 556 S. 500 East in Salt Lake City is home to tenants who are always looking for a place to live.

“When I first walked in here, I was just like, ‘It still has that new house smell,’” said Felype Pagan.

The 21-year-old moved in about two weeks ago. It’s the first house he has been able to call home in years.

“These are probably the best digs I’ve ever had,” Pagan said. “My mom and I lost our place about five years ago. Ever since then, it’s just basically been me living off the kindness of my friends and the kindness of strangers, and just eating where I can at work to save money.”

Five years later, though, Pagan is starting a new life. He’s one of four men living at the first youth men’s transition home in Utah.

After years of construction and fundraising, Volunteers of America was able to open the 14-bed house this year.

“There’s not a laundry list of 107 rules. It’s just basically you’re here to work on the things that you’re working on, and then everything else is pretty much just a community standard,” said Nick Diachun, Program Manager at the home.

In 1999, VOA opened a youth transition home for women between the ages of 16-19. However, there has never been one for men. Last year, approximately 30 percent of Utah’s homeless population was young adults, ages 18-24, which is the demographic of men their new home will target.

“We had a young man who was living in this room and he moved back in with family last Friday. So, that’s great,” Diachun said.

Diachun and five other case managers will be in charge of monitoring the progress of the tenants, as well as their adherence to the rules. As part of the program, the men must show proof of 40 hours of work or education each week. There is also a strict no drugs and alcohol policy within the home.

“You live by the code of the law,” Diachun said. “If the Salt Lake Police Department doesn’t want you doing it, you don’t do it here.”

The hope is that the new lifestyle is ultimately what gets them to leave.

“I think the piece is to fill a gap in our community. And really what that gap is that there are many young folks in our community that don’t have the support, adequate support, they need to be successful,” said Zach Bale, chief development officer for VOA.

Two weeks in, Pagan isn’t worrying so much about where he’s going to live.

“It’s not home unless you’ve got a bed. And so, here I have a bed,” Pagan said. “And I’m more than happy to finally have a place to lay my head that is mine and mine only. And it feels really good.”

Working a steady part time job, he’s now focused on the life he can have outside of the transitional house and one day, in a home of his own.

“I’d say living here does give you a little bit of peace of mind,” Pagan said.

The annual budget for the operating costs of the home is $400,000. VOA received approximately $290,000 in federal funds from the Department of Housing and Urban Development, which they were able to get a 25 percent match for through local grants.

The remainder is funded through private donations and fundraising efforts.

Throughout the year, VOA plans to phase in more residents at the home. Each tenant is allowed to remain for up to two years. However, by their second month, they must contribute a small portion to the living expenses. The rate will increase incrementally over the course of their stay, but the tenant will be able to collect it all from a savings account when they leave.