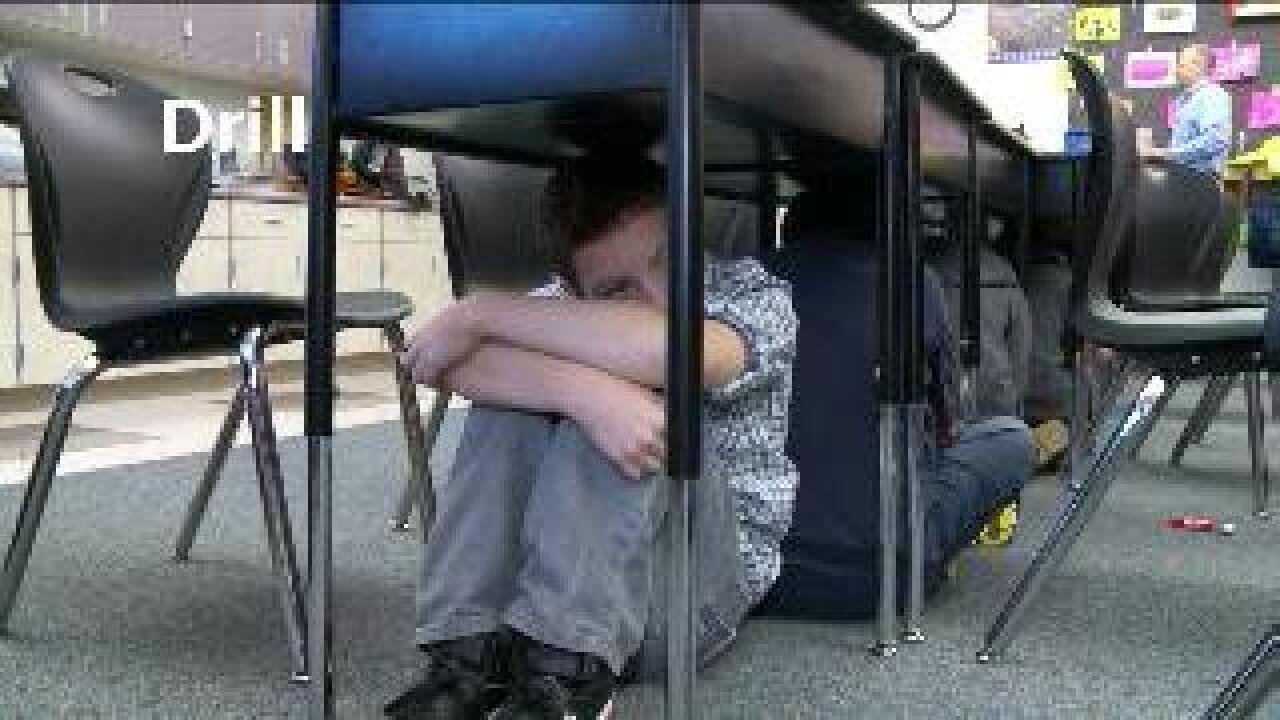 The Great Utah Shakeout is part of a worldwide effort to increase awareness of earthquake emergency procedures and improve earthquake preparedness.

"There's a million different things that people can do to be prepared, but the Great Utah Shakeout is one of the great things we can do as a state to be unified in all of our preparedness efforts," said Joe Dougherty, Utah Division of Emergency Management.

The Great Utah Shakeout began at 10:15 a.m. with a mock earthquake. Event organizers ask Utahns to "drop, cover and hold," as if a real earthquake were happening, at that time.

Herriman High School was transformed into an emergency shelter for the day. Silvercrest Elementary Students hunkered down at the high school after participating in the drill.

The drill began with the earthquake warning and the sixth graders immediately dropped to the ground, took cover under desks and held on tight. Once teachers accounted for all the students, they loaded onto buses and headed to Herriman High where they would receive medial help and food.

If an earthquake were to hit a school for real, it could take days for emergency personnel to get to the students.

"We have to have reality that first responders, fire, police, would be going to more critical situations, if we don't have anyone hurt in this building, they respond to areas that are in need of first responders," said  Sandy Riesgraf, Jordan School District Spokesperson. "In that case, this school would be on its own for we don't know how long. Maybe a day, maybe two, but we have to be prepared for that."

District leaders have worked closely with Herriman City leaders and public safety personnel for the last several months to coordinate the drill.

After that, Dougherty said Utahns should spend some time reviewing their emergency preparedness plans and look for objects that might fall and cause injury in the event of an earthquake.