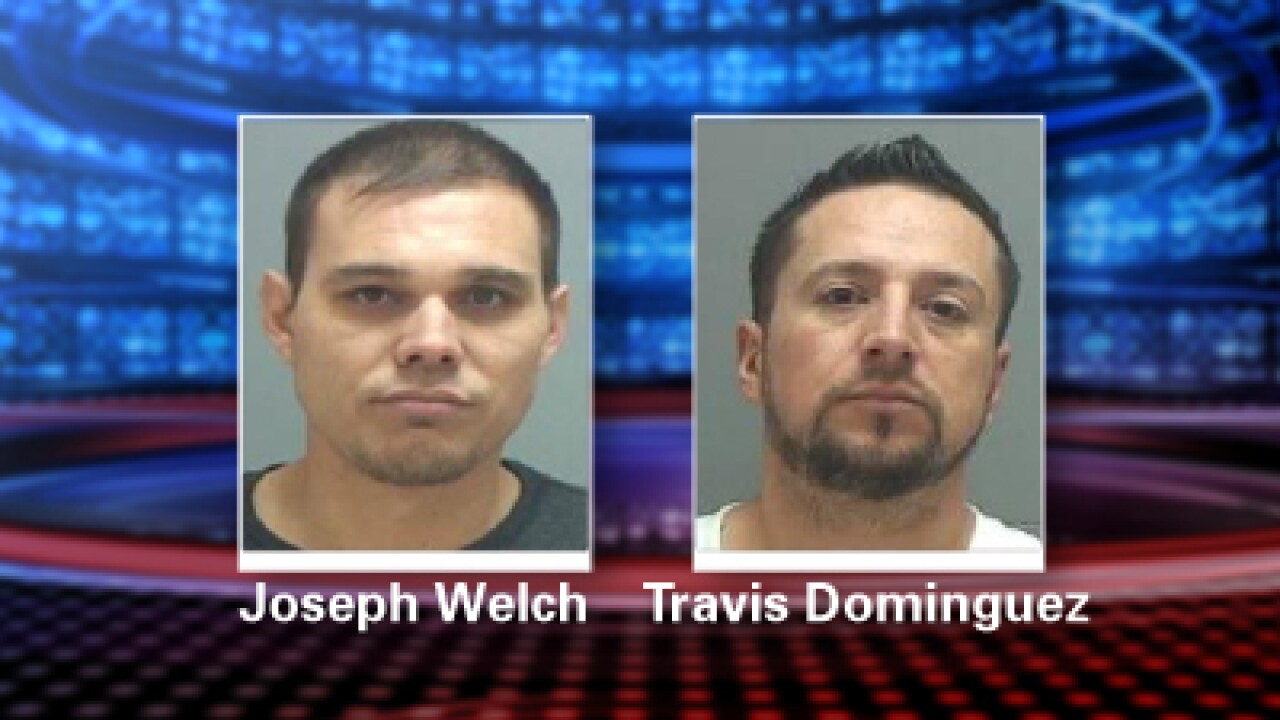 WEST JORDAN, Utah — West Jordan police have arrested two men who allegedly stole thousands of dollars worth of sunglasses from a LensCrafters store.

According to a press release from WJPD, 33-year-old Joseph Welch and 34-year-old Travis Dominguez stole approximately $2,700 in merchandise.

The suspects were identified after police received several tips from members of the public.

“Tipsters even provided screen shots of one suspect’s Facebook page where he was offering the stolen sunglasses for sale,” the press release said.

Welch was located during a traffic stop on April 12. West Jordan police said he was in possession of some of the stolen sunglasses. Welch was booked into the Salt Lake County Metro Jail on a felony theft charge and multiple outstanding warrants.

Police located Dominguez early Monday morning at his friend’s house in West Jordan. He was also taken to the Salt Lake County Metro Jail on a felony theft charge.