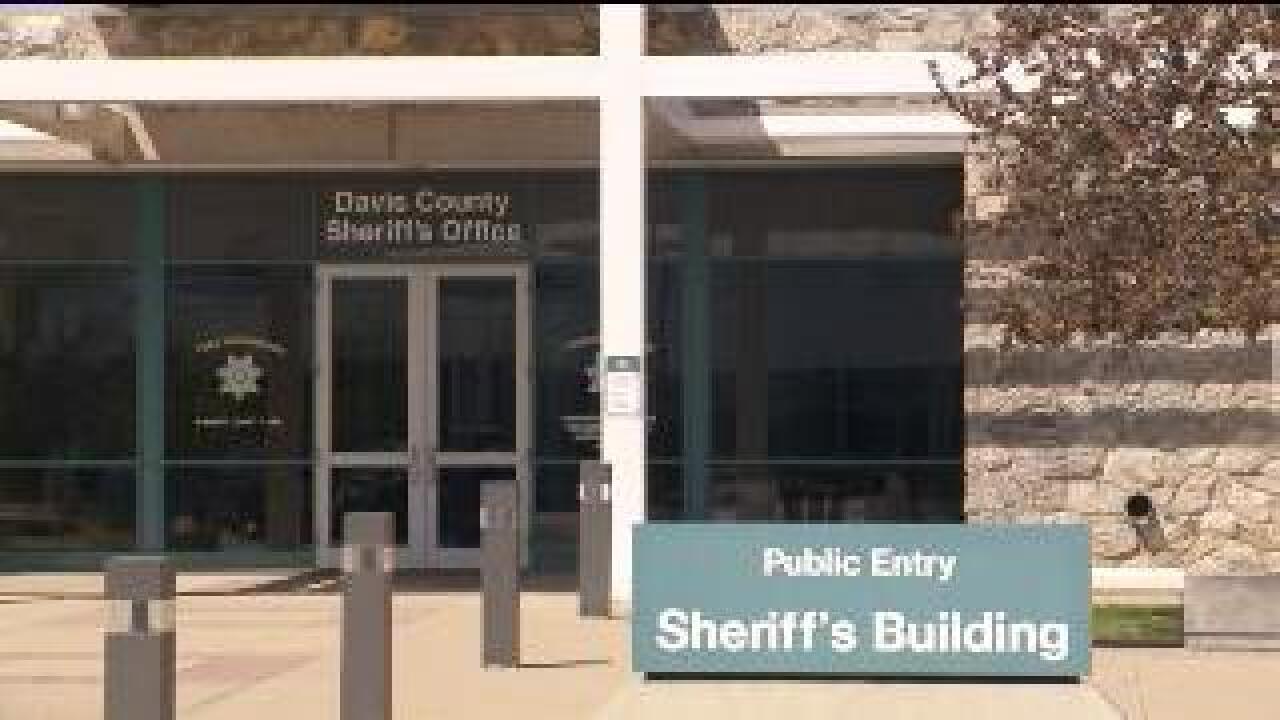 DAVIS COUNTY -- Utah law allows county jails to charge inmates for restitution, and since the law was passed in 2007, the Davis County Sheriff's Office has been charging inmates $10 a day during their incarceration.

But, have they been going about this illegally?

The Davis County Jail has been doing this for the past seven years, and it wasn't until 2013 that questions surrounding the Pay For Stay program came into question. A judge stated that he has received numerous letters from inmates stating that money was being taken from their commissary accounts.

Vickie Hinze has a son serving time in the Davis County Jail.

"If I put money in for my son to buy food, he won't get it,” she said. “It'll go to his bill, which frustrates me because when I specify where it goes that's where it should go."

Since 2007, the Davis County Sheriff's office has been charging inmates $10 a day for the duration of their incarceration, with some of that money coming out of the inmate's commissary account, which a judge has now ordered them to stop doing.

Utah Representative Paul Ray, R-District 13, said, "What it comes down to is the judge is interpreting the law differently than how the legislature has written it."

According to the Davis County Attorney, the Sheriff's Office has been breaking the law.

According to emails from Davis County Attorney Troy Rawlings: "Prior to collection, there must be a restitution claim, a court order, and a judgment. This is not a difficult concept to grasp. If there is non-compliance, there is no legitimate way to collect it. The Keith Major pre-sentencing pre-court-ordered-restitution accounting enema of an inmate's account is not legal."

Rawlings goes on to explain that the Davis County Sheriff's Office cannot collect on Pay For Stay until a claim has been submitted for restitution, after sentencing, based on the court determined sum, and after the primary victim and others have been paid first.

Rep. Ray stands behind the county's collection methods, claiming the $10 a day restitution from inmates has significantly reduced the taxpayer burden.

He said: "They're giving them money to buy treats with, to buy commissaries, all these extras in the jail, and the county is saying, ‘No, wait a minute. You have a debt to society that you're gonna pay before you buy those Twinkies.’”

Rep. Ray said Davis County has the highest collection rate in the state. In 2013, the Davis County Sheriff's Office collected $369,000 through the Pay For Stay program. Ray also said he's already opened up a bill file to modify the law and reduce ambiguity during the next legislative session.