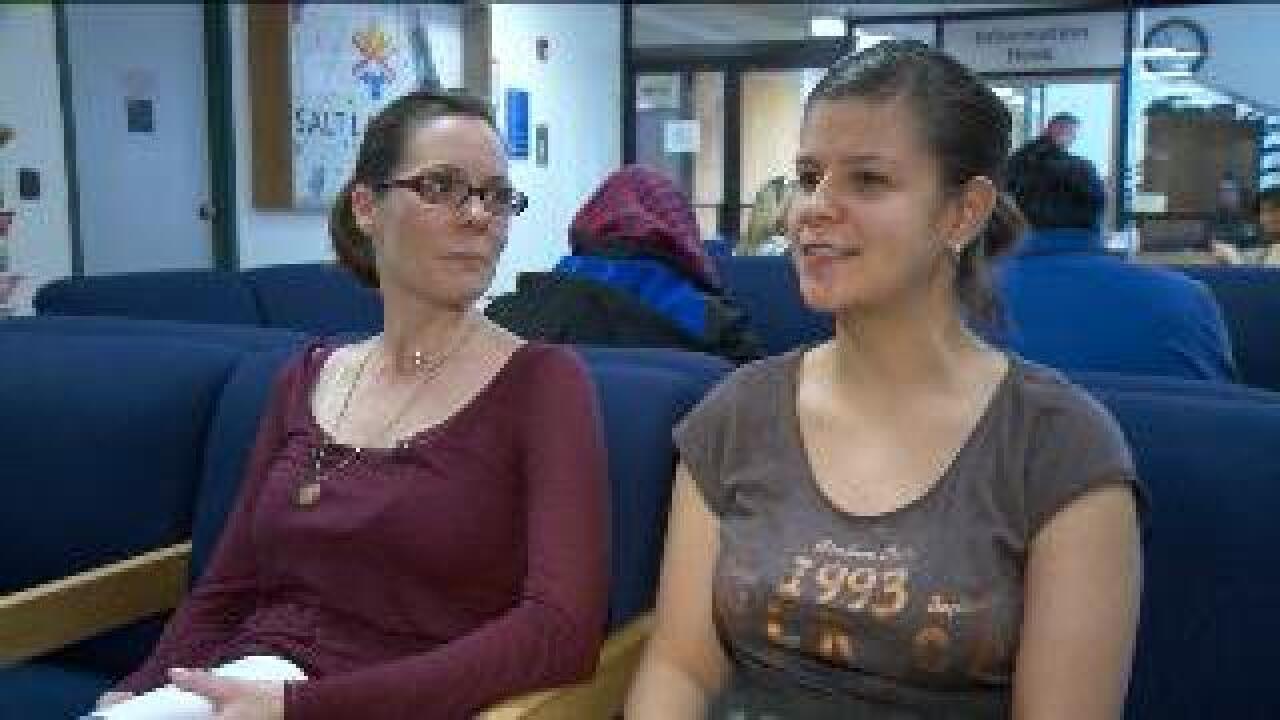 SALT LAKE CITY -- When Utah’s same-sex marriage ban was overturned, many couples not only wed, but also filed for second parent adoption.

However, just as those adoptions were finalized, the state stepped in.

The Utah Attorney General’s office is asking the Utah Supreme Court to put a stop to all adoptions by same-sex couples in the state. The state filed emergency petitions this week, asking the court to deny orders from judges who have already approved the adoptions.

Sitting in a waiting room at the Department of Health, she and her wife Amber Leary feel right at home.

The couple waited six years to get married, finally having the opportunity when Utah’s ban on same-sex marriage was temporarily overturned in December.

Days later, they filed to adopt their daughter, something they had waited 17 months to do.

“We had our daughter in 2012, and we knew it would always come to that,” Kimberly said.

But after all that time, the newlywed couple is still watching the clock.

The two came to the Department of Health to obtain a birth certificate for their daughter that would include Kimberly’s name. Since Amber is the biological mother, her name is the only one on it.

But their trip to the Office of Vital Records and Statistics was met with another delay when the attorneys for the department filed petitions for Emergency Extraordinary Relief.

In one petition, the state argued that 3rd District Court Judge Elizabeth A. Hruby-Mills’ decision “authorizes the department to violate the plain text of the Utah Constitution and Utah law prohibiting recognition of same-sex marriage…”

They went on to say, “The trial court abused its discretion.”

Laura Gray, who represents the couple in Hruby-Mills’ case, spoke about the issue.

“They claim that they want to protect Utah’s children, but they are intentionally harming these children by injecting themselves into these cases,” Gray said. “We don’t understand why the Attorney General has to take this extraordinary step of now trying to undo completed adoptions.”

Back at the Department of Health on Wednesday, the Learys had the same question.

Executive Director Dr. David Patton sat down with the couple to explain they wouldn’t be administering a certificate, pending the appeal.

“We’re sympathetic with their situation,” Patton said. “We do want to make sure that we get this taken care of as quickly as possible.”

But for the Learys, who have spent years trying to build a family, the decision has only left them wondering how much longer they’ll be waiting.

“You just keep fighting, mostly for our child that she sees that, hey, we’re doing the right thing. We’re fighting for you; we’re fighting for us, for her constitutional rights,” said the Learys.