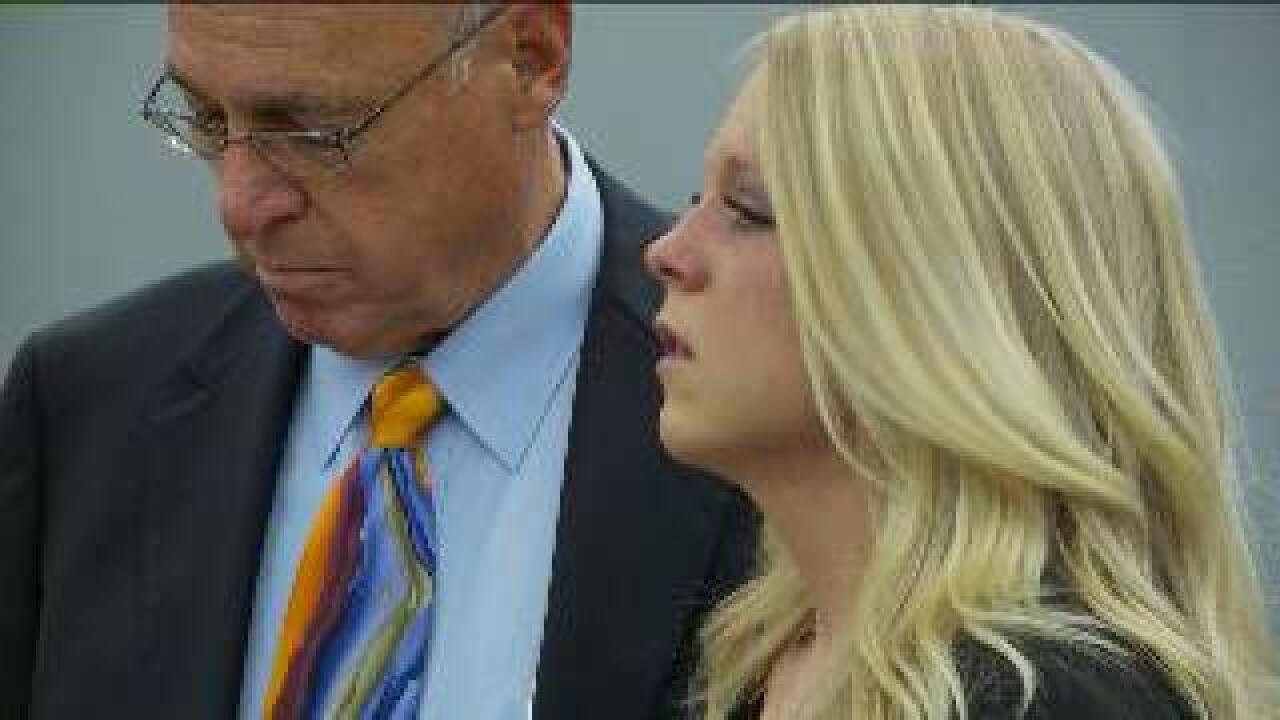 WEST JORDAN, Utah -- A former teacher who plead guilty to having a sexual relationship with a 17-year-old student was sentenced Tuesday.

Courtney Jarrell faced up to three years behind bars, but was instead sentenced to probation, community service and a fine.

Jarrell taught math and coached a basketball team at Riverton High School before she was charged. Since then, she has admitted guilt and surrendered her Utah teaching license.

The victim in the case did not attend Tuesday's sentencing, but did send a letter to the judge asking that Jarrell not be sent to prison.