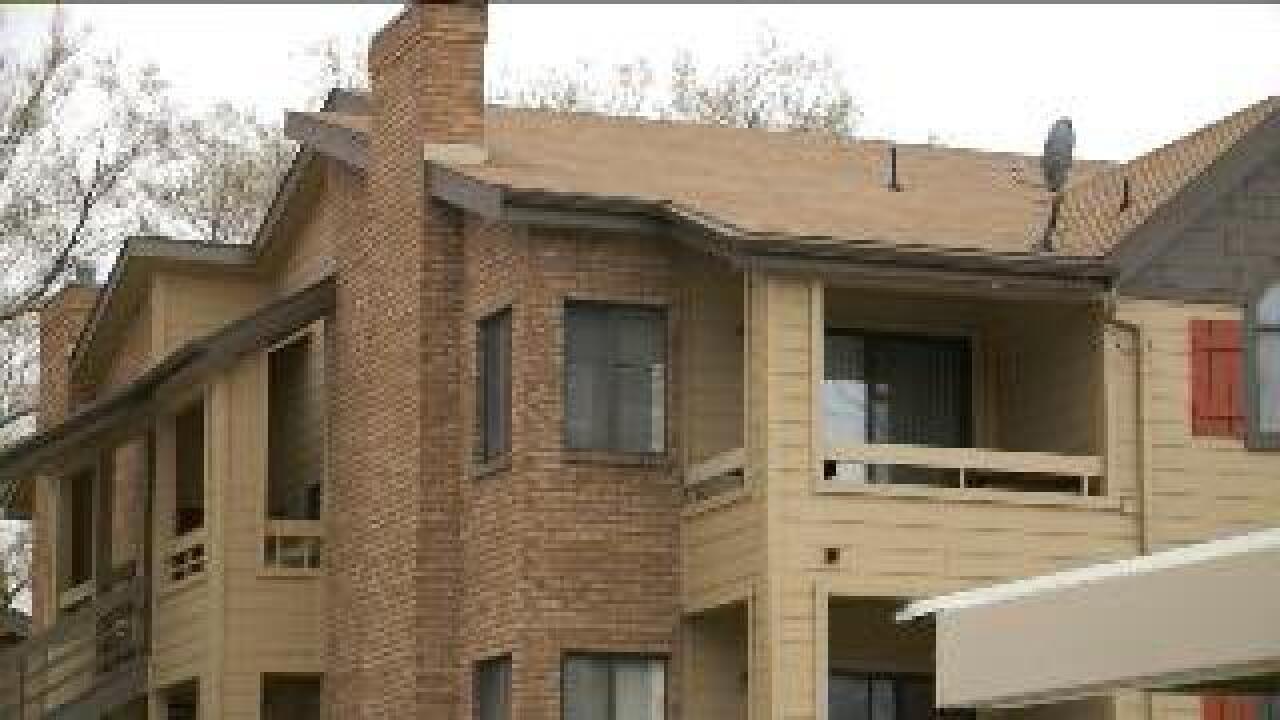 MIDVALE, Utah -- Two University of Utah students say Unified Police officers had no business handcuffing them in their Midvale apartment.

They said they were treated like criminals in their own home. Police entered the residence a week ago because the front door was open. Cops said they have a duty to investigate if they’ve announced themselves and no one responds.

It happened Saturday, March 29, at 3:30 a.m. at the Union Meadows apartment complex.

"We received a call from a neighbor concerned that this apartment door was wide open," said Lt. Justin Hoyal of the Unified Police Department.

Three Unified officers said they found the door open as well and went in to investigate.

"They made several loud announcements, saying it was the police; they got no response," Hoyal said.

"If they did announce themselves, I was dead asleep," said resident Ramiro Aguirre.

Roommate Ben Mertlich said, "I just wake up to an officer with a flashlight and Taser."

"When I came to it, someone’s pulling me out of bed and to the floor," added Aguirre.

The roommates said they understand why UPD entered their apartment, but they're upset about the way cops handled it. They’re angry they were handcuffed and interrogated in their living room.

"As soon as you see the situation, a guy in his underwear in bed, it's pretty obvious he's not a burglar," Mertlich said.

"You'd be surprised how many calls we get of people who've ended up at other people's homes," Lt Hoyal said. "We didn't know if someone was hurt or had broken into the home."

Police said they only detained the two because they were belligerent.

"The officer was asking the individual in bed to show his hands were he could see him; he brought it out and flipped the officer off," Hoyal said.

"Well I'm asleep in my own house at 3 in the morning, I didn't know it was a cop, I thought it was one of my friends playing a joke," Aguirre said.

"We explained the door was open because the latch was broken and they didn’t seem to really care," Mertlich added.

The officers eventually took the cuffs off and left, but the two residents are left feeling violated

"It's pretty vulnerable to be in that position. You have nothing, you have no defense," Mertlich said.

Unified Police feel they had probable cause and are standing by their officers while Aguirre and Mertlich are mulling legal action. Defense Attorney Greg Skordas tells FOX 13 News that may be a long shot.

Since the two were released, Skordas said, there are no damages and it's highly unlikely an attorney would take a case like this. FOX 13 News posed similar questions to representatives at the American Civil Liberties Union. They declined to comment.