After 25 days, plenty of ocean trash, questions, but no sign of Flight 370 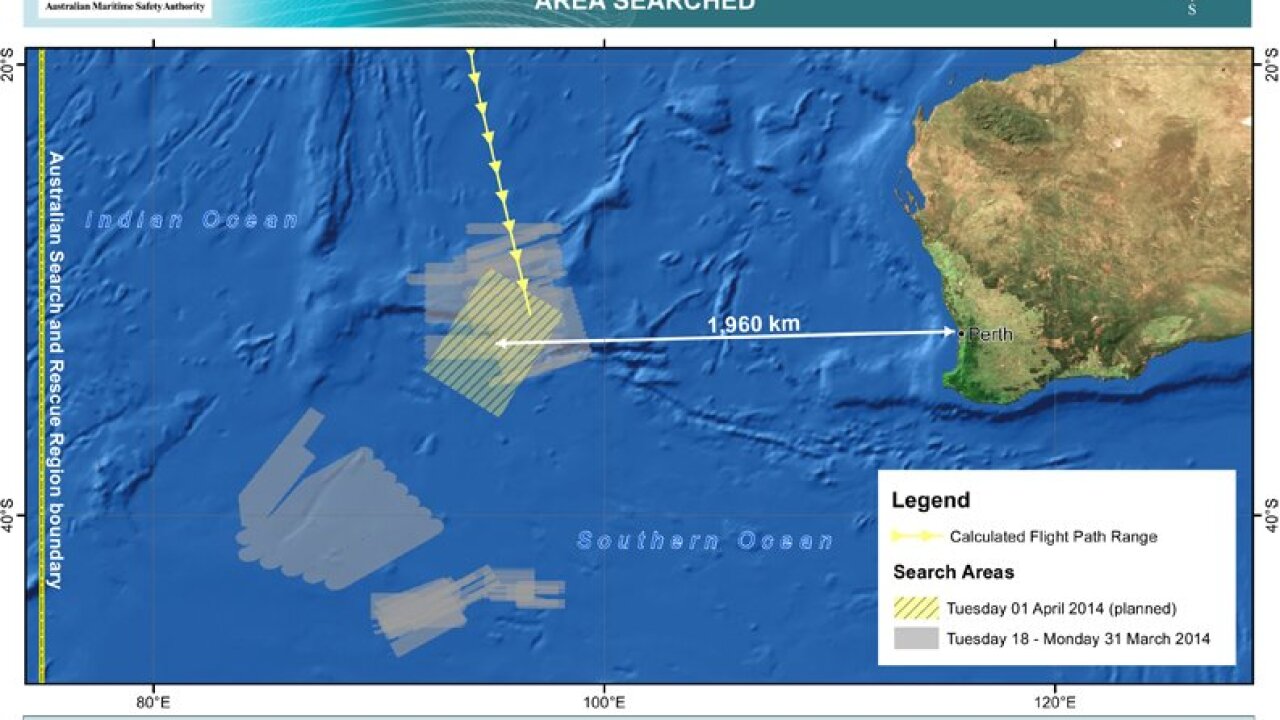 By Michael Pearson and Jim Clancy

KUALA LUMPUR, Malaysia (CNN) — After more than three weeks, the search for Malaysia Airlines Flight 370 has come down to this: a lot of floating rubbish, hundreds of heartbroken relatives and, now, quibbling over words that everyone acknowledges offer no clues into what happened to the doomed plane.

Malaysian authorities on Tuesday released the transcript of radio chatter between air traffic controllers and the plane in the hour or so before it vanished while flying from Kuala Lumpur, Malaysia, to Beijing on March 8 with 239 people on board.

And while the transcript offers no clues about the plane’s mysterious disappearance, one glaring discrepancy has highlighted criticisms of how Malaysian officials have handled the investigation.

The transcript shows the last voice transmission from the doomed plane was “Good night Malaysian three-seven-zero,” not the “All right, good night” transmission authorities had previously used.

That authorities had given such an incorrect version earlier this month and allowed it to stand uncorrected for weeks undermines confidence in the investigation, air accident investigation experts told CNN.

“High criticism is in order at this point,” said Mary Schiavo, a CNN aviation analyst and former inspector general for the U.S. Department of Transportation.

But Michael Goldfarb, a former chief of staff at the Federal Aviation Administration, said people following the investigation “haven’t had a straight, clear word that we can have a lot of fidelity in.”

Search ‘could drag on’

And where we go from here is a very big question.

After refocusing their search on Friday to a new patch of Indian Ocean hundreds of miles from where they had been looking, authorities still have yet to find anything definitively linked to Flight 370.

With so many planes in the skies over the search zone, Australia sent an airborne air traffic control plane to guard against accidents.

Australian officials have vowed to keep up the search off their west coast, a search the head of the country’s new Joint Agency Coordination Centre warned could take time.

“It’s not something that’s necessarily going to be resolved in the next two weeks, for example,” retired Air Chief Marshal Angus Houston told reporters Tuesday.

The plane disappeared over the waters between Malaysia and Vietnam, after signing off with Malaysian controllers but before checking in with their counterparts in Vietnam.

Authorities don’t know what happened on board after that, but radar and satellite data show the plane turned off course and flew back across Malaysia before turning south over the Indian Ocean.

Based on sophisticated analysis of satellite data, investigators believe it went down in the southern Indian Ocean, but can’t pinpoint a precise location.

A Malaysian government source told CNN on Monday that the airliner’s turn off course is being considered a “criminal act,” either by one of the pilots or someone else on board.

In a background briefing given to CNN, Malaysian investigators said they believed the plane was “flown by someone with good flying knowledge of the aircraft.”

A senior Malaysian government official last week told CNN law enforcement analyst Tom Fuentes that authorities have found nothing in days of investigating the two pilots that leads them to any motive, be it political, suicidal or extremist.

More help on the way

An Australian ship carrying U.S. Navy search gear was on the way to the search zone. The ship is carrying a pinger locator designed to listen for the locator beacons attached to the plane’s flight data recorder, as well as a submersible capable of scanning the ocean floor for wreckage.

The equipment won’t be of any use, however, until searchers are able to find wreckage from the plane to help narrow the search zone.

That’s because neither the pinger locator nor the submersible is capable of quickly scanning the enormous area being searched.

Under favorable sea conditions, the pingers can be heard 2 nautical miles away. But high seas, background noise, wreckage or silt can all make pingers harder to detect.

It will take the ship, the Ocean Shield, two more days just to get to the search zone, leaving precious little time to locate the plane’s flight data recorders before the batteries on its locator beacon run out.

The batteries are designed to last 30 days. The plane has now been missing for 25.