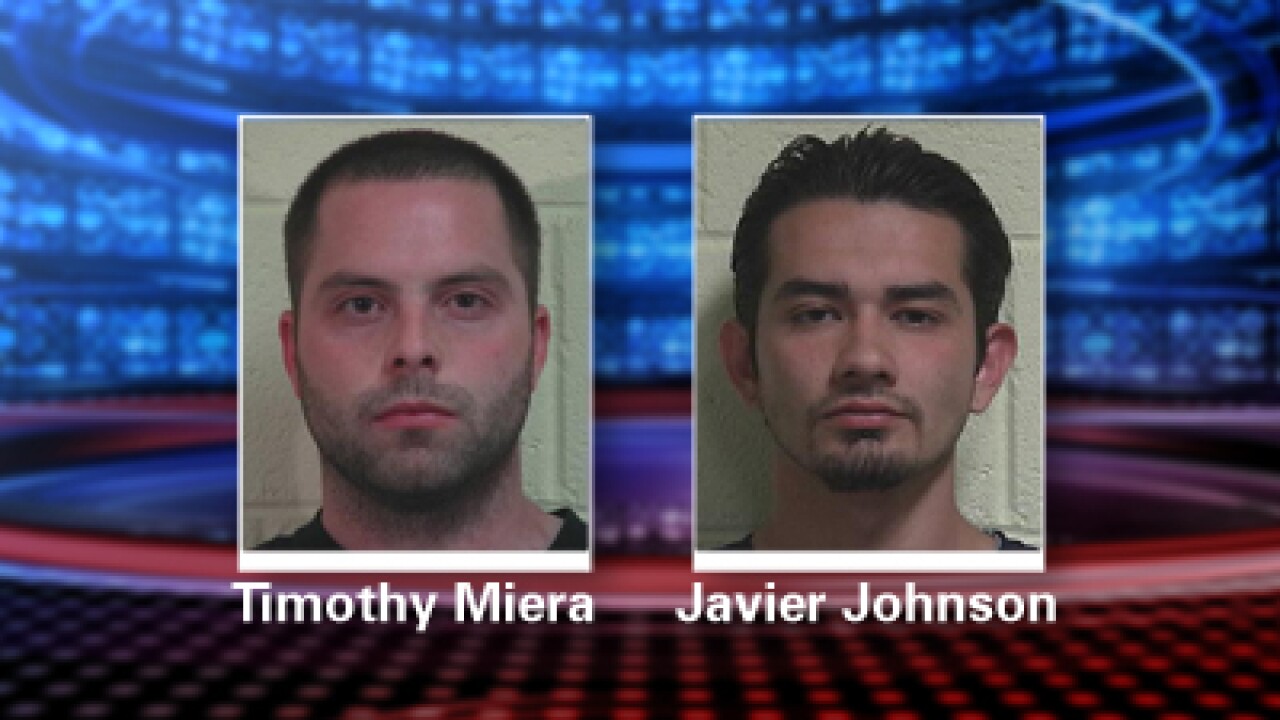 At about 4:30 p.m. on Saturday, dispatch put out an attempt to locate on a truck in connection with a theft at the Cedar City Walmart. Within minutes Iron County Sheriff’s deputies located the suspected vehicle on Crosshollows Road and made a traffic stop.

During the stop stolen items were seen in plain view inside the truck, according to a press release from the sheriff’s office. The driver, Timothy Miera, 23, of Cedar City, consented to a search of his vehicle.

Other stolen items were also located during the search. Miera and his passenger, Javier Johnson, 21, of Cedar City, were taken into custody.

According to the sheriff’s office a 2-year-old child was also in the truck and was released to her mother.

During the investigation, deputies learned that Miera and Johnson were on felony probation.

Johnson was also wanted on a $25,000 felony warrant for burglary out of the Third District Court in Salt Lake City.

Deputies reportedly received consent to search the residences of Miera and Johnson where more stolen property was found.

Items recovered were 10 airsoft guns, several CO2 cartridges, an Exacto Knife kit and ammunition for the airsoft guns – all items believed to be taken from Walmart over the past three weeks, the release stated.

The search also yielded narcotics paraphernalia and property believed to be stolen from a previous vehicle burglary.

The two men were booked into Iron County Jail.

Miera was charged with felony theft, internal possession of drugs, possession of a dangerous weapon by a restricted person and a probation violation.