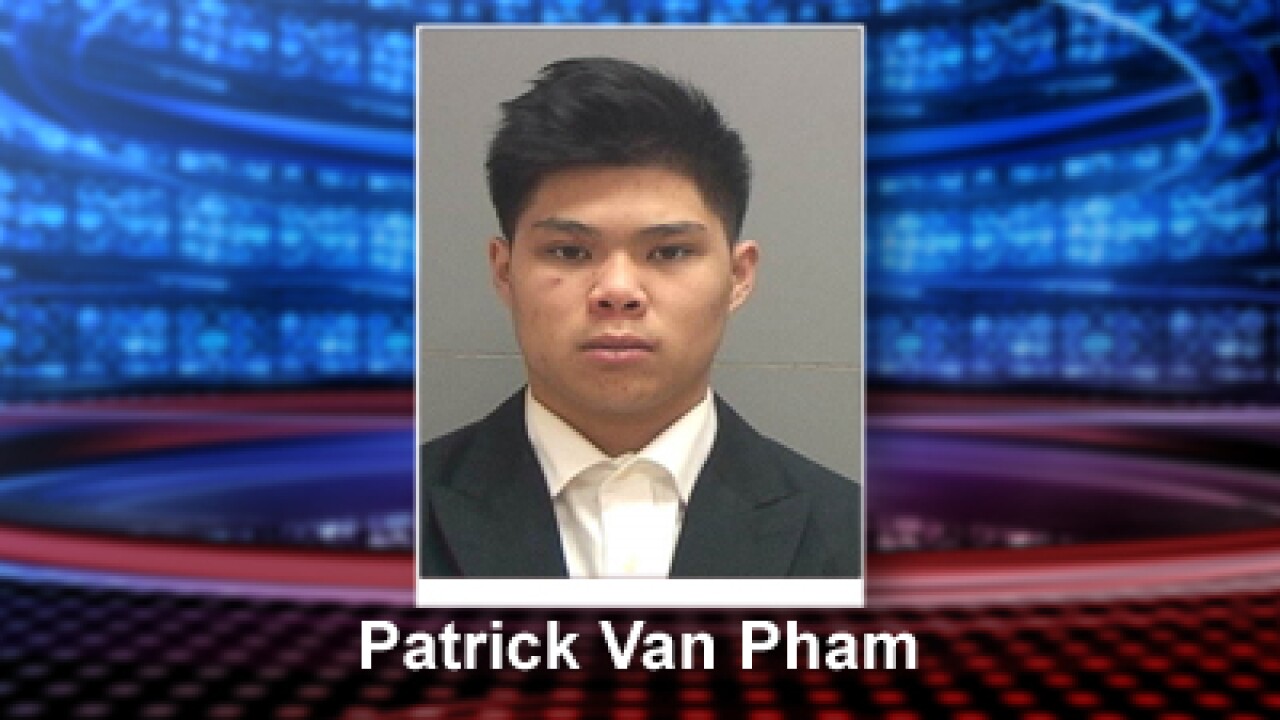 WEST VALLEY CITY — A 20-year-old man is in critical condition after he was shot in the head early Sunday morning, and police said later Sunday a man was booked into jail and faces several felony charges.

According to a press release from the West Valley City Police Department, the suspect is 18-year-old Patrick Van Pham.

Lt. Dalan Taylor with the West Valley City Police Department said the incident occurred during a party at Overlook Point Apartments, 4612 S. 2930 West. The victim was reportedly shot during that altercation.

A probable cause statement from the Salt Lake County Sheriff’s Office states the suspect went to the address in order to carry out a robbery. Witnesses stated the suspect and the victim went into a bathroom, and a moment later they said they heard fighting.

Pham allegedly exited with a gun, and witnesses attempted to grab him. Several shots were fired and Pham fled. According to the probable cause statement, he was located at his residence, where he was attempting to leave carrying a bag containing the clothing he was wearing during the alleged shooting.

Pham admitted he had robbed the victim, the document stated. There was a large amount of cash with what appeared to be blood on it in the same bag as the clothes. Police also found “pieces of tin foil which had burnt marks on them consistent with drug use.”

Pham has been booked into jail on several charges, including attempted homicide, aggravated robbery, two counts of aggravated assault, felony obstruction of justice, drug paraphernalia, and three counts of felony discharge of a firearm.

In a press release received at about 3:35 p.m. Sunday, officials said the victim was still in critical condition.