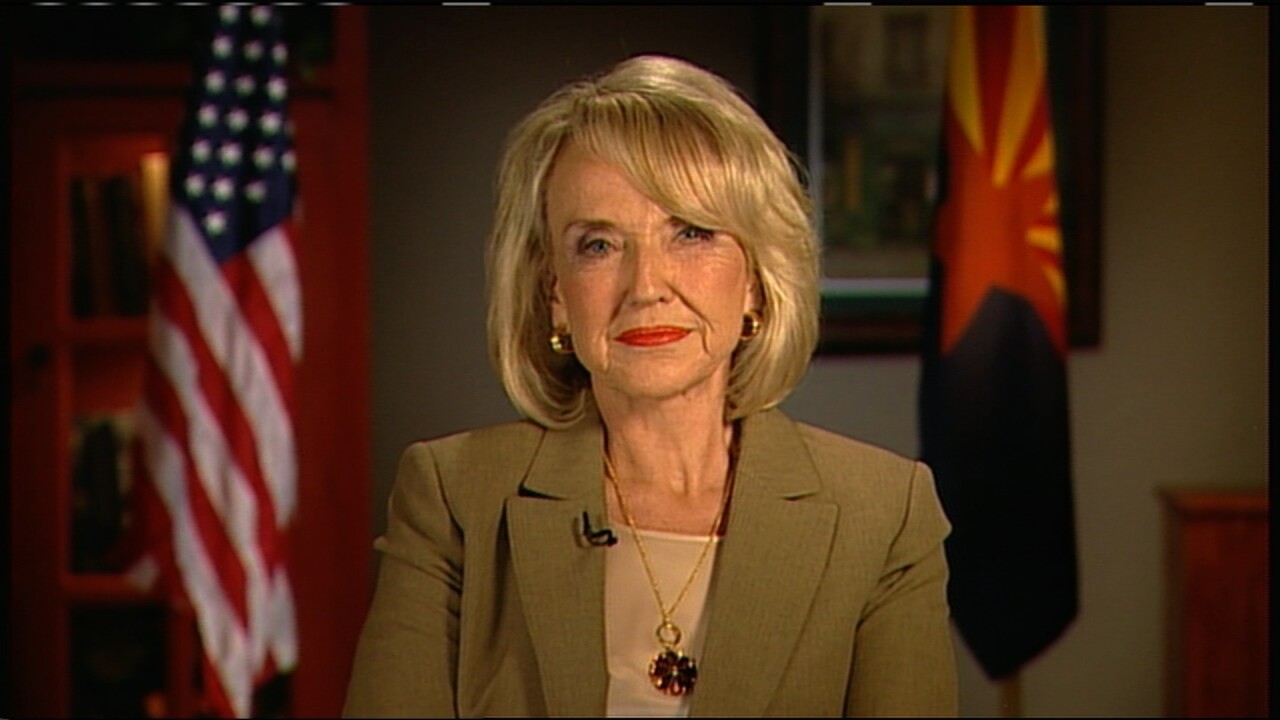 (CNN) — Republican Gov. Jan Brewer of Arizona announced Wednesday she will not run for reelection.

“There does come a time to pass the torch of leadership,” she said at a school in Glendale. “After completing this term in office, I will be doing just that.”

Her announcement comes amid questions about whether she could legally seek another four years in office.

Brewer sought and won a full term in 2010 and hadn’t ruled out trying again.

But Arizona law dictates that a governor can’t run for more than two consecutive terms, and a partial term is counted as a full term. In other words, Brewer’s time in office before she was elected in 2010 would count as a full four-year term.

However, Joseph Kanefield, Brewer’s former general counsel, argued in a 2012 opinion piece for the Arizona Republic that the governor could still legally run for another term because the state’s law was “intented to apply only to an elected or appointed partial term rather than one in which a governor inherits the office by constitutional succession,” as in Brewer’s case with Napolitano in 2009.

Though she’s not running for reelection, Brewer vowed to “work until my final hours completing the people’s business.”

“Both my pen and my veto stamp have plenty of ink,” she said.

The governor made headlines last month when she vetoed a bill that passed the Republican-controlled state legislature and would have allowed businesses that asserted their religious beliefs the right to deny service to gay and lesbian customers.

Perhaps her most famous move in office was the 2010 signing a law that requires immigrants to carry their alien registration documents at all times and requires police to question people if there is reason to suspect that they’re in the United States illegally.

Critics fiercely fought the law and the case made its way to the Supreme Court. While the high court in 2012 struck down key parts of the Arizona statute, the justices let stand the controversial provision allowing police to check a person’s immigration status wile enforcing other laws.

The immigration law helped brand Brewer on the national level as a conservative firebrand.

The issue also became a point of contention between the Arizona governor and President Barack Obama. At one point in 2012, the two had a now-famous confrontational encounter when Brewer greeted Obama on the tarmac at an airport during his visit to the state.

At her announcement Wednesday, Brewer said she “will remain a proud cheerleader and champion” for Arizona.

“Serving as governor has been the privilege and pleasure of my life,” she said. “It’s been a challenge of the most rewarding kind. Standing before you today is truly bittersweet.”