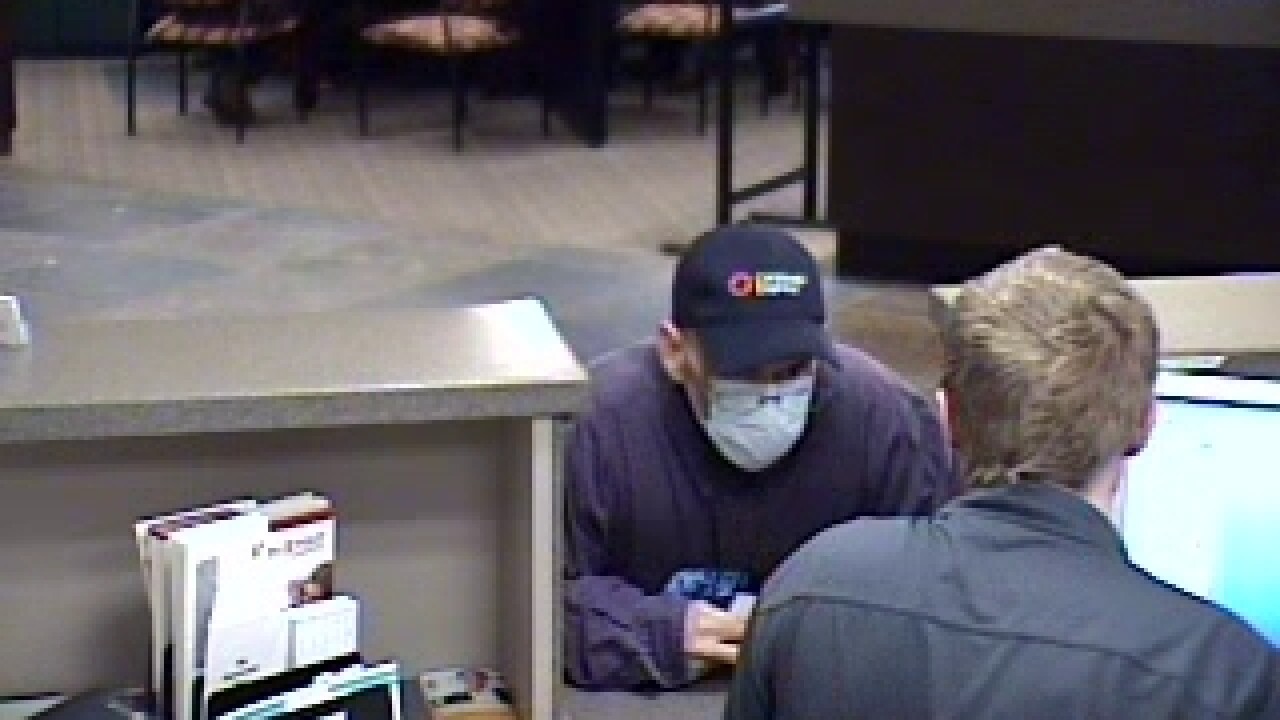 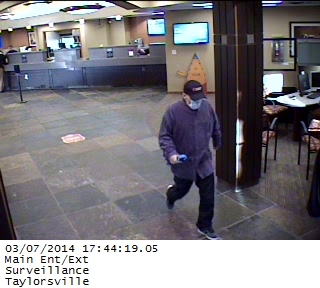 TAYLORSVILLE, Utah – Police are searching for a suspect in connection with an alleged robbery that occurred in Taylorsville Friday evening.

Police said the man entered, demanded money and fled on foot. Lt. Justin Hoyal of the Unified Police Department said they are hoping members of the public can help provide more information.

“When this robbery happened, the bank was still open, there were a lot of customers that were in the parking lot, even the street behind us, 4700 south, is a very busy road this time of night with all the traffic,” Hoyal said. “So we’re hoping somebody saw this suspect and has information about him. We ask that they contact Unified Police.”

The suspect, pictured above, is described as a white male in his ‘50s who stands about 5-feet 11-inches tall and weighs around 160 pounds. The man has short white hair. He was wearing blue jeans and a blue windbreaker as well as a medical mask.

Police ask anyone with information about the suspect or the alleged crime to contact them at (801) 743-7000.