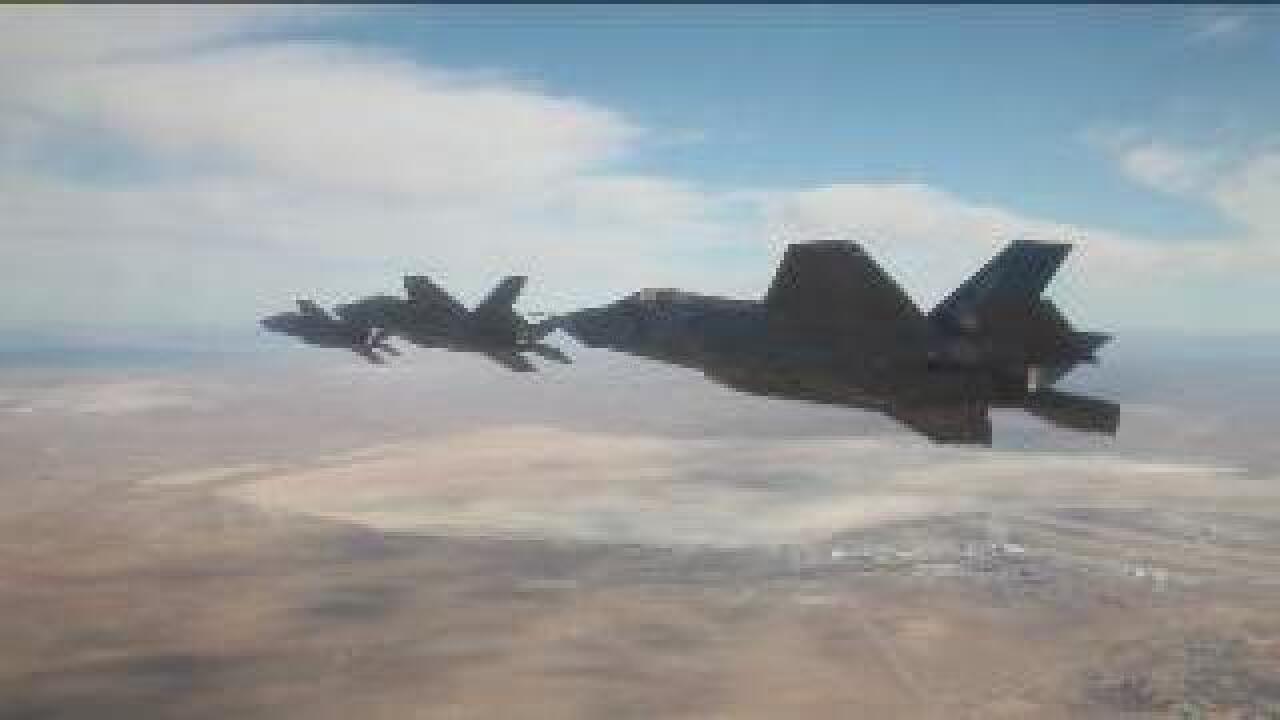 NORTHERN UTAH -- Even under the threat of billions of dollars in defense budget cuts, Hill Air Force Base is growing, in large part due to the expensive Department of Defense weapons that will be landing there on a regular basis.

Stored inside a hangar wing at the maintenance complex, you have both the past and the future of the base.

“We do all the maintenance on it and make sure they can work,” Baker said.

A single F-22 Raptor sits not far from its predecessor, the F-16, a plane slated to be phased out in the coming years.

It will eventually be retired and replaced with newer jets, like the F-22, which the base will be seeing more of in the future. Last year, the U.S. Air Force announced they would be consolidating depot maintenance for the F-22s at HAFB. The workload used to be split between Utah and a Lockheed Martin facility in Palmdale, California.

“We do about 12 aircrafts a year, and we’ll double that,” Baker said. “We’ve brought in 150 additional folks, new folks, we call them external hires, to start working on the F-22.”

But the work won’t stop there. The depot maintenance complex will also be the repair stop for the new F-35 jets to be used by the Air Force and Navy.

“The F35 is probably the most written about program in the history of our country,” Baker said.

But it’s for good reason. Approximately $100 billion over budget and way past deadline, the F-35 program has been a costly and controversial one, but also one that made HAFB competitive in acquiring the jets.

“Where we really get our savings is being able to drive down our flow days, the number of days the aircraft is actually in the depot,” Baker said. “And we’ve been doing that consistently for the last year.”

There is currently one F-35 undergoing maintenance at the base that will likely be flying out in the next few days to Nellis Air Force Base in Nevada. A Dutch F-35 recently arrived on site, and a second jet from the Netherlands is expected this summer.

Baker expects they will be able to keep maintenance costs low, and as more planes arrive from all over, their staff numbers high.

“The F-22 and the F-35, those airplanes will be in service for decades, quite frankly,” Baker said.

The jets will soon be changing the face of its hangar wings, while preserving the role of the base in Utah and across the country.

“The F-22 and the F-35 are definitely part of the future of Hill Air Force Base,” Baker said.