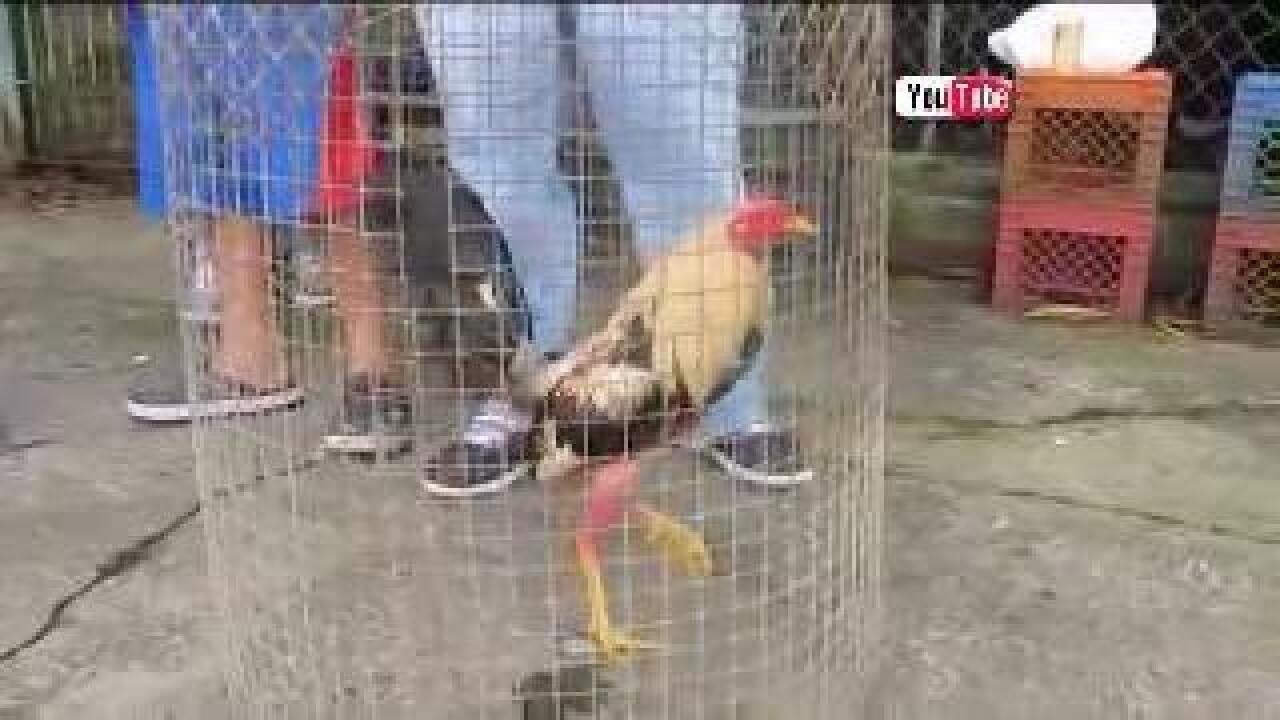 Despite the clash, a bill to make cockfighting a felony on the second offense passed out of a house committee Wednesday night.

The Utah Senate already approved SB 112.  Now, the bill hinges on the House, which rejected similar legislation last year. However, many lawmakers feel something has to be done. They don’t want Utah to become a magnet for cock-fighting.

The bill's sponsor is Sen. Gene Davis, D-District 3, and he showed the House Judiciary Committee knives and metal spurs attached to roosters' legs during cockfights.

“They fight to the death, ripping each other apart," Davis said.

"This is true animal suffering,” said Gene Baierschmidt, Executive director of the Humane Society of Utah.  “All it is is gratification to see animals suffer."

It’s a blood sport for gambling, animal rights supporters say. Under SB 112, cock-fighting in Utah would be a Class A misdemeanor on the first offense and a felony on the second offense. However, people who breed game fowl for shows are concerned their practices could be lumped in with cockfighting.

"I certainly don't want to be accused of a felony for breeding game fowl," said breeder Gilbert Ramirez.

The bill was clarified to target those who knowingly participate in a crime, but some opponents just don't think cockfighting is cruel.

"It's a chicken, even the guys who do fight them, it's their own personal property, they're not fighting pets," said Ed Riddle.

Others claim cockfighting is not widespread in Utah, but to the Humane Society, "We know it's going on,” said Sundays Hunt. “The problem is when you're looking at a misdemeanor it takes a lot of resources to bust these things so they're not spending the resources."

"The cock-fighting industry has encouraged cock-fighters to come to Utah because it is only a misdemeanor and they think they'll only get a slap on the wrist," Baierschmidt said.

While supporters of the bill feel it's watered down and they would've preferred a felony on the first offense, they recognized compromises were made to get SB 112 to move forward.  Now, the legislation hinges on whether lawmakers in the House have changed their minds since they shot similar legislation down last year.  There are seven working days left in the legislative session.