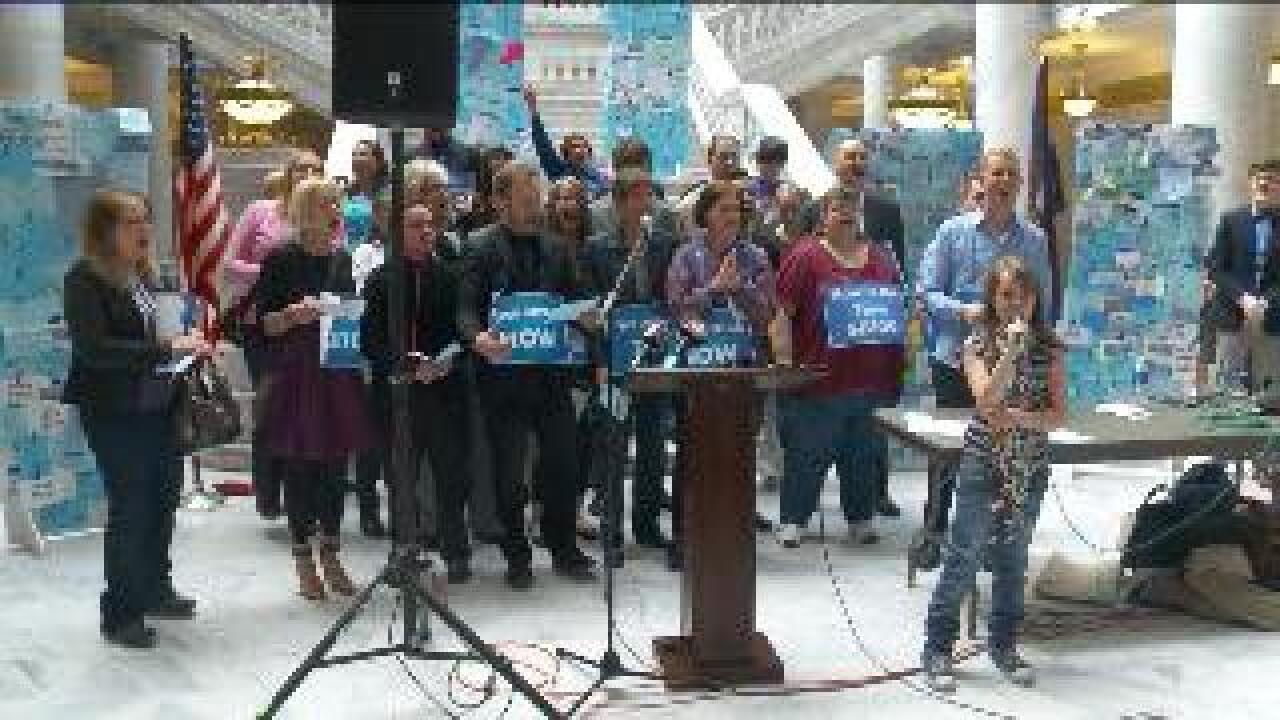 SALT LAKE CITY – Utah state legislators have said they won’t hear any bills relating to LGBT rights issues while an appeal regarding same-sex marriage in Utah works its way through the courts, and LGBT activists rallied at the State Capitol Wednesday to express disappointment in that decision.

The “Capitol 13” were individuals arrested on February 10 after they blocked the doors to a legislative committee hearing in protest of state lawmakers' decision not to hear LGBT rights bills this session, and on Wednesday those 13 were among the protesters.

Senate Bill 100 would modify the Utah Anti-discrimination Act and the Utah Fair Housing Act to add protections based on sexual orientation and gender identity.

Joshua Fugal is a gay man who attends Brigham Young University, and he spoke about his decision to attend the rally.

"I think issues of religious liberty and equal protection under the law are two very separate things, both are important, both need to be protected, I'm here because I support that premise, and I want myself to not have to live in fear of losing a job because of who I am or anyone else to live under that fear as well,” he said.

The legislative session will end next Thursday.