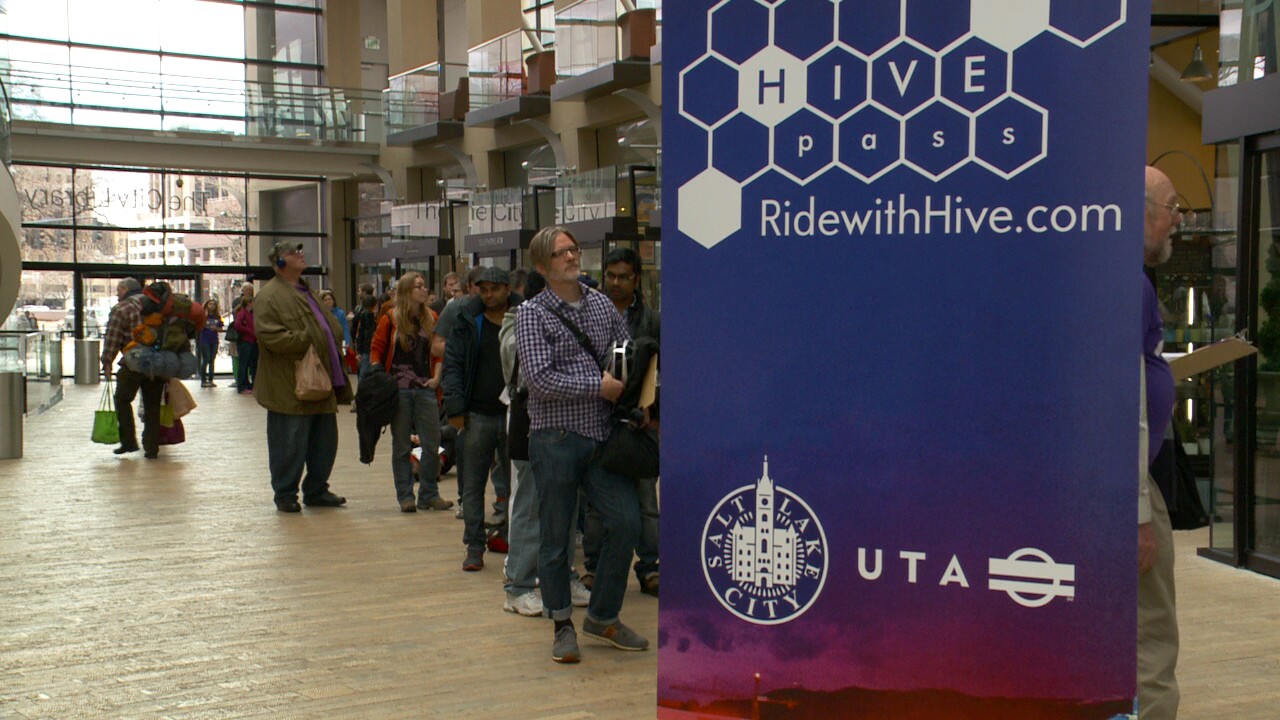 The Hive Pass is a pilot program that is currently only open to Salt Lake City residents, and it came about through a partnership between the city and UTA officials.

Passes will be sold for six months, officials said, and then the program will be evaluated. The pass is available to Salt Lake City residents for an upfront payment of $350, or residents can choose 12 monthly installments of $30 each.

Ralph Becker, Salt Lake City mayor, said the pass is good for people’s pocketbooks as well as for pollution prevention purposes. He said the Hive Pass is a two-thirds discount as compared to a traditional annual pass.

“We’re hoping thousands and thousands of Salt Lake City residents will take advantage of this offer, will use transit, will improve air quality, save themselves some money and improve our quality of life,” he said.

Paige Pitcher purchased a pass and said public transport is improving. She said she commutes to Ogden each day, so FrontRunner is a “huge part of my life.”

“It’s been a huge improvement for me to be able to take my bike on FrontRunner as well, so that’s kind of how I get around and use my car as little as possible, which I think we could all benefit from and probably breathe a little bit easier with,” Pitcher said.