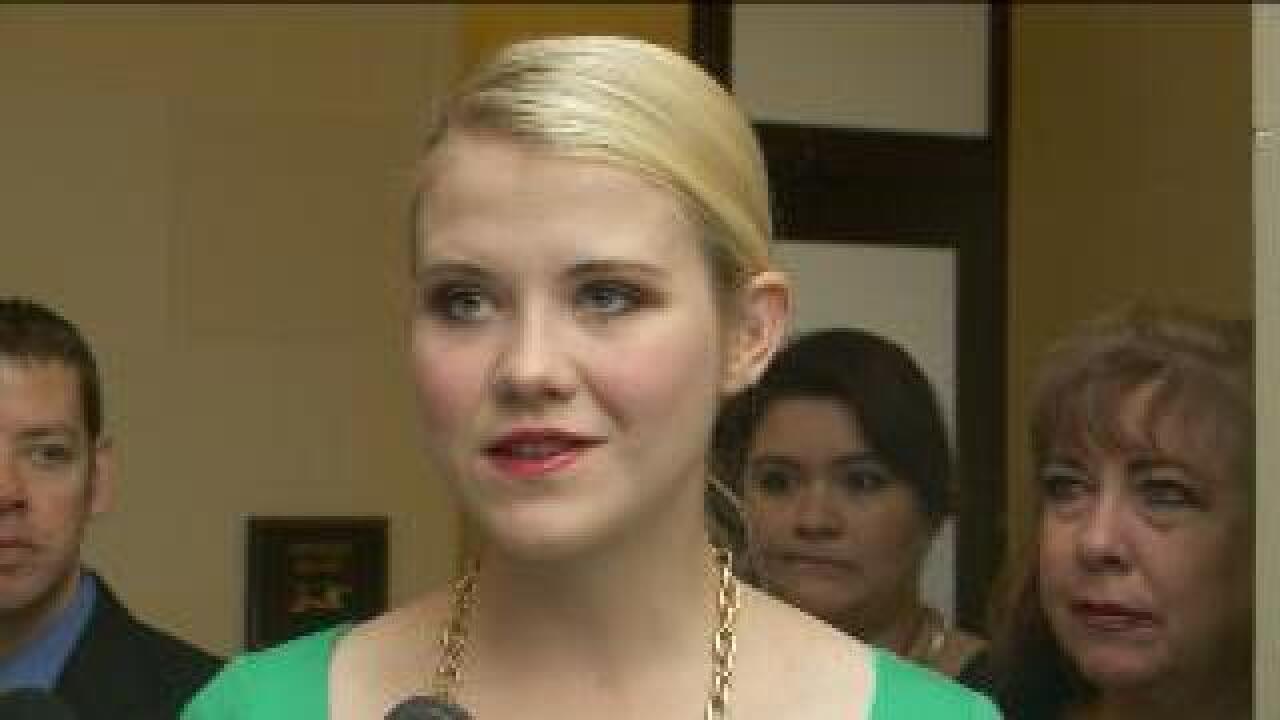 SALT LAKE CITY -- A bill that would give schools the option to teach their students about child sex abuse is one step closer to becoming law, but it could face some opposition in the Senate if one powerful political activist has her way.

That powerful political activist is Gayle Ruzicka, the president of the conservative Utah Eagle Forum.

She was absent from Thursday's house floor vote, but she's voiced opposition before, saying parents should have the choice to opt their kids into the curriculum. Child abuse prevention advocates like Elizabeth Smart think it should be the other way around.

"It's a very delicate line, but children need to realize that not all adults have their best interests out for them, which is unfortunate," said Elizabeth Smart during an interview with FOX 13 News.

Her bill didn't face any opposition from fellow Democrats or Republicans in the House. HB 286 would create a child sex abuse curriculum for schools across Utah. Elementary school kids would be learning about a sensitive topic, a topic some don't think is appropriate.

"I don't believe that sexual talks is appropriate with school children," Gayle Ruzicka said during an interview on FOX 13's Live at Four on February 19.

Despite push back from Ruzicka, who wants to give parents the choice to opt their kids into the sex abuse classes, there's strong support from not only from Smart but Deondra Brown, one The Five Browns. The piano playing family was torn apart after revelations of abuse by their father.

"I can guarantee you that if I had a program like this in school that I would have known what to say, known what was normal, what was not normal and I think it would have brought me forward a lot sooner," Brown said.

"This is so important, this is not extracurricular material, this is a life skill,” Smart said. “This is something that children need to learn. This is every bit as important as math, science, reading.”

HB 286 cleared the House and now moves on to the Senate for a vote.