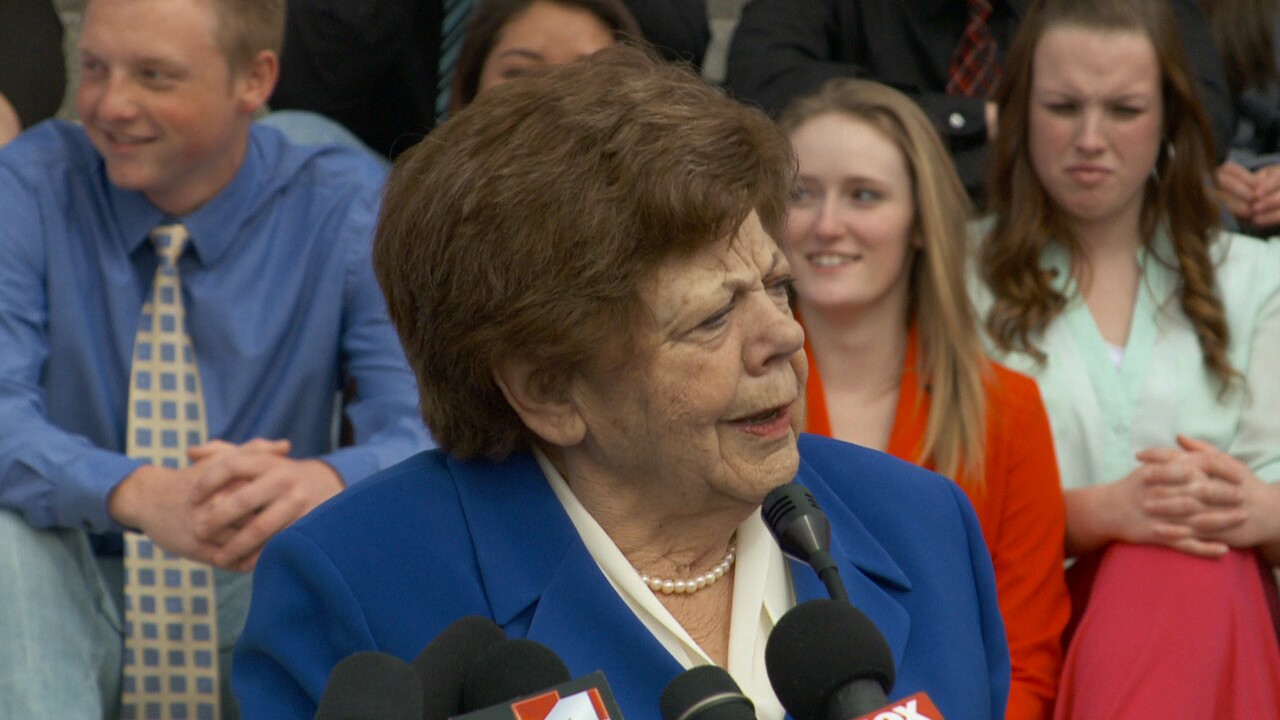 SALT LAKE CITY -- Leaders from government, media and higher education have joined together to help enhance the debate climate during election cycles for Utah voters, officials announced Monday at the Utah Sate Capitol.

It may sound like a big challenge, but some big names are behind the newly formed Utah Debate Commission. It could be the vehicle to how voters get to know their candidates.

"This is a way to break through and get directly to the voters, whether you have the money or not," said Bob Bennett, a former U.S. Senator from Utah during a news conference at the State Capitol on Monday.

Bennett is the co-chair of the newly formed Utah Debate Commission. There were some other familiar faces also in attendance including former Utah Governor Olene Walker, Congressman Jim Matheson and big names in broadcasting like KSTU Fox 13's News Director Renai Bodley.

Candidates will be face to face answering tough questions.

"Debate is basic to the political efforts in a state or even a country," Walker said.

Utah's voter turnout is one of the lowest in the country. Scott Howell, a former Utah Senator said it's vital to get voters fired up, and engaged in the political process.

"When we as constituents can see the potentially elected officials under the fire of instantaneous questions and having pressure put them, we think it gives Utahns a voice," Howell said.

With commitment from media outlets across the state from print to television, radio and universities backing The Utah Debate Commission, the goal is to reach as many people possible.

"The  goal of the committee really is to get the message out that people do have a say, that there are active elections that we need to get our voter turnout out, and the best way to do that is to reach it through mass medium and that's what broadcasters do," said Tim Ermish, the General Manager at Fox 13.

The first debate will be between the candidates running for the first congressional district in Utah. It's Sept. 23 at Weber State University.