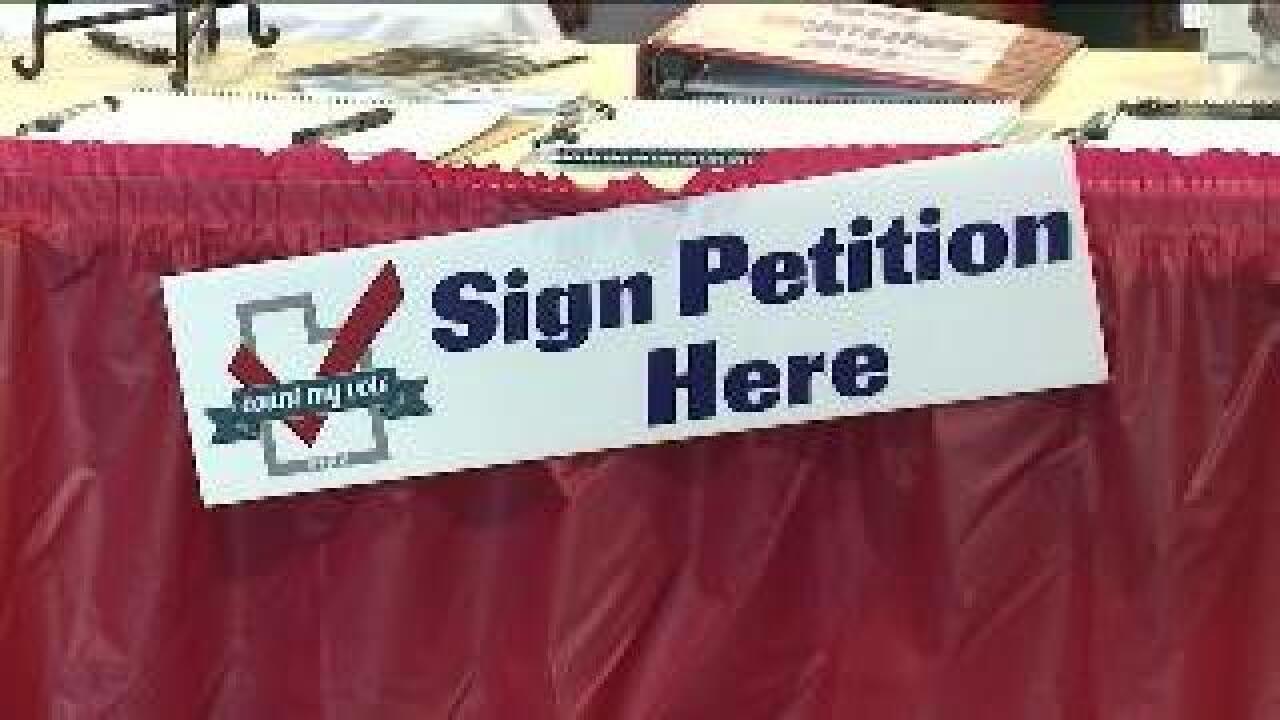 SALT LAKE CITY — Individuals in Utah who are seeking to make changes to the caucus system have been working to collect signatures for their petition, but questions have arisen regarding the validity of some signatures.

Count My Vote is a Utah group who wants to do away with Utah’s caucus system, which is the method political parties use to select their candidates for office.

Protect Our Neighborhood Elections, a group opposing Count My Vote’s efforts, filed a complaint Friday with the Lt. Governor’s Office, alleging that some of the signatures collected by Count My Vote violate the law and that those signatures should not count.

The complaint outlines four accusations, which include the following:

1 - Only one of eight corporate donors for Count My Vote has filed the required financial disclosures with the Lt. Governor’s Office.

3 - Count My Vote signature collectors have, on documented occasions, verbally misrepresented the nature of initiative, going so far as to completely lie about it.

4 - Count My Vote petitions were allegedly left unattended in public places, which could have allowed anyone to sign without first having their identity verified.

“We question the validity of the complaints, but nonetheless we are taking it seriously. We are following all the state safeguards, and are using best practices on our campaign.  With an issue that has the support of 70% of the people we don’t need to play games — so will do everything that is required to do this correctly.”

Members of Protect our Neighborhood Elections were at the State Capitol Friday to voice their findings, and they said they have evidence to back up their claims.

Following the press conference, they released an audio recording, which they claimed was a conversation between one of their members and a Count My Vote employee, allegedly misleading people to believe her petition was for school lunch program.

“Obviously, they’re struggling, they can’t get the signatures they need and they’re on a time crunch and this is what they have to resort to,” said Kim Weis, who recorded the conversation.

At this point, what violations did or did not occur is unclear, according to the Lt. Governor’s Office.