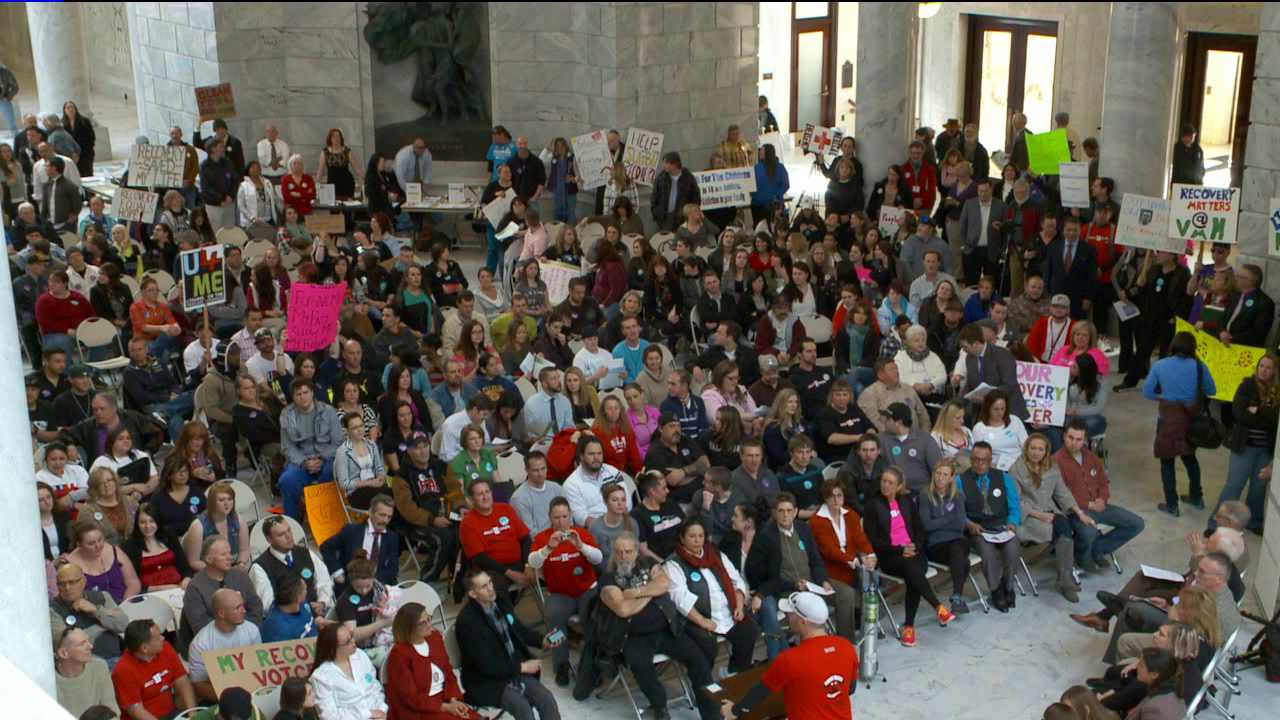 SALT LAKE CITY -- From church leaders to recovering addicts and mental health advocates, hundreds of people showed up at the state capitol to rally in support of Medicaid expansion in Utah.

However, will the state take the federal dollars to expand Medicaid? That question has been the center of a divisive debate this legislative session.

Gov. Gary Herbert is pushing lawmakers to take the federal dollars, saying it would be illogical not to. But the most powerful woman in the House, Speaker Becky Lockhart, R-District 64, doesn't agree.

There's a portion of Utah's population pushing for the state to take the federal funds for Medicaid expansion. Some of those people showed up to the State Capitol with signs like "do it for the children" and "recovery saved my life."

"I am in treatment at the moment," said Cassondra Thompson, who is a recovering addict and a convicted felon. "Most jobs that I can get being a felon don't offer it."

Cassondra is one of hundreds who came to the Capitol, with a message for lawmakers: "I say, what would you do if it was your child, or you that needed it? Where would you be?"

While Utahns wait in limbo, there's a real fight over what the state will do, and that battle seems to be between Lockhart and Herbert. Two Republicans, with two very different ideas on how to handle health care coverage. Herbert says take the federal money. Lockhart says, no: let the state create a program to take care of the less fortunate.

"Where do we get the best bang for the Utah taxpayer? It makes it difficult for me to see them paying more money and providing help for fewer people. That seems to be illogical to me," Herbert said Wednesday during his monthly press address.

"I don't know what's illogical or what doesn't make sense about providing a solution for people, a state-based solution for those in need before we get involved in an unsustainable partnership with the federal government," Lockhart said in response.

Part of the state-based solution would be for churches to pay for medical care for the poor.

"One surgery can be $10,000, and most churches simply don't have that funding to accommodate that, so if you multiply that by all the people who are in need of assistance, it simply cannot be handled," he said.

"We're the backbone of communities, we are the people that make the hamburgers and clean the hotel rooms, we're the ones doing that,"  Thompson said.

While there is some support for Lockhart's plan,  Senator Brian Shiozawa, R-District 8, plans to introduce a bill next week that could align with what the governor wants.