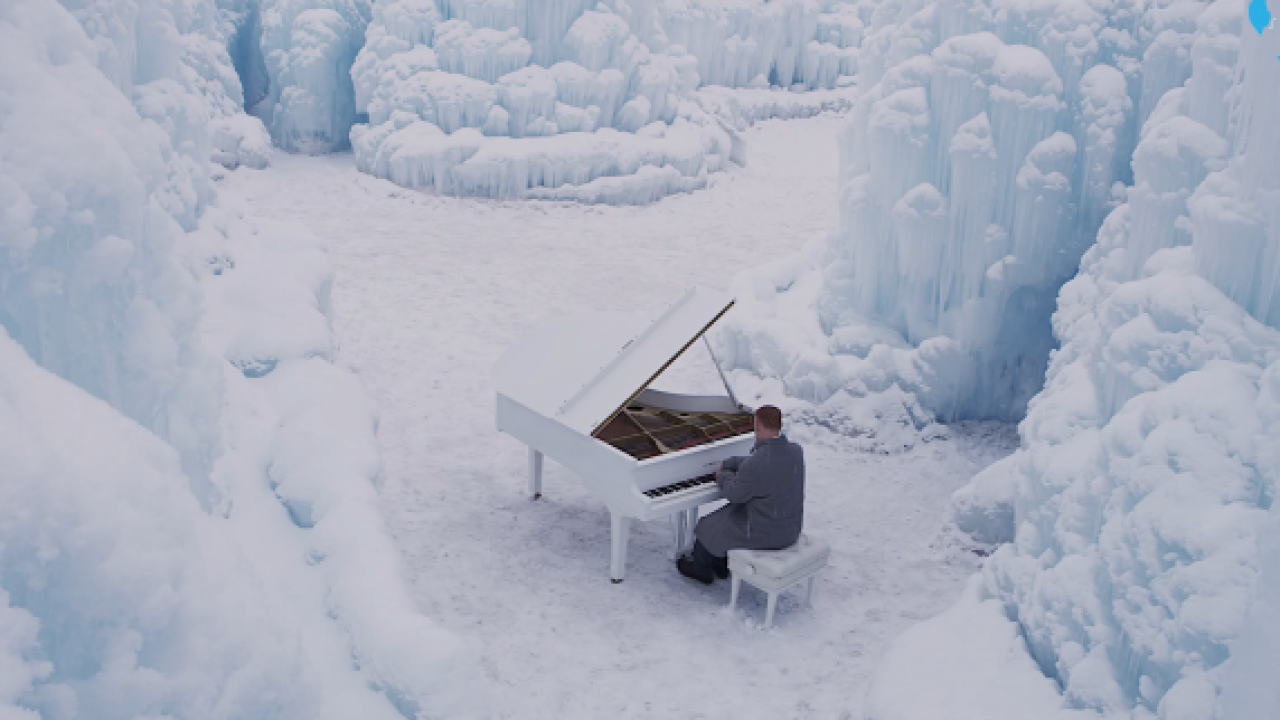 Today, The Piano Guys released their remake of the same song, which was filmed at the same location in Utah.