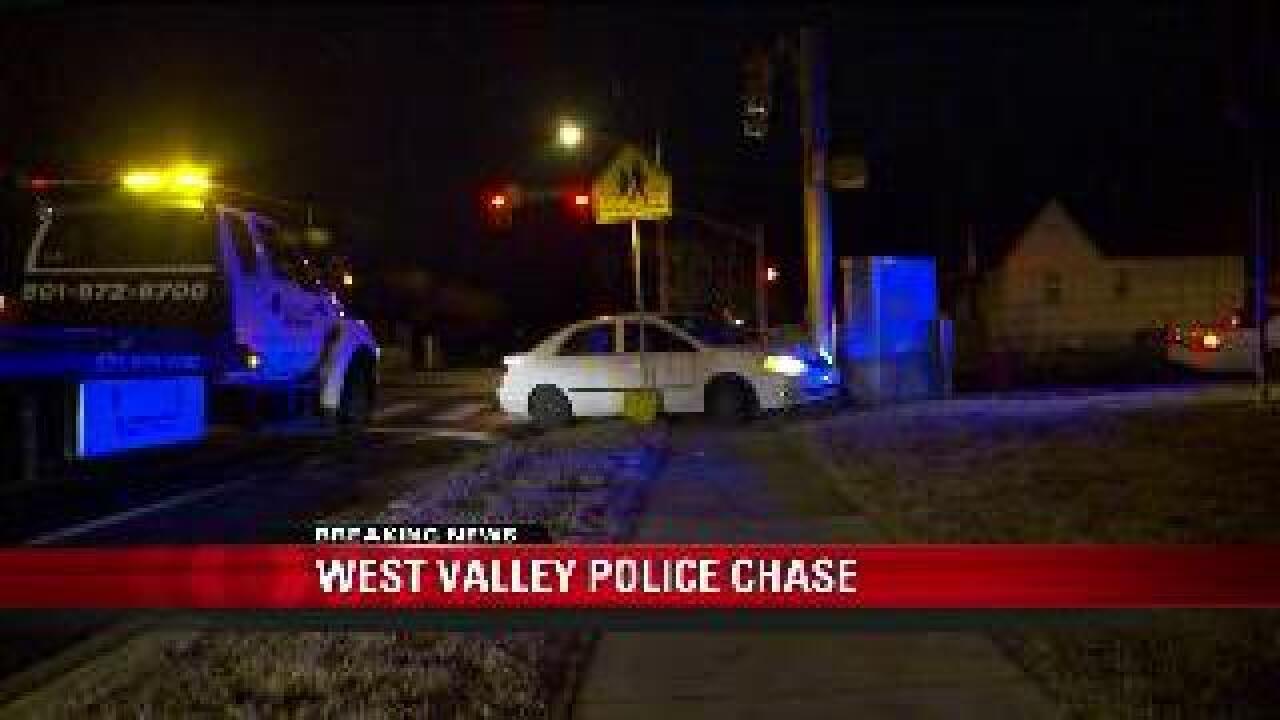 Officers said around 4:30 a.m. they spotted a white Toyota Corolla speeding out of an apartment complex near 3800 South and Redwood Road. Officers tried to pull over the car, but it sped off and later crashed.

Police said it looked like three teenage boys got out of the vehicle and took off running. They said they were unable to locate the suspects, but they are looking into who owns the car.

FOX 13 will update this story with the latest details as soon as they become available.