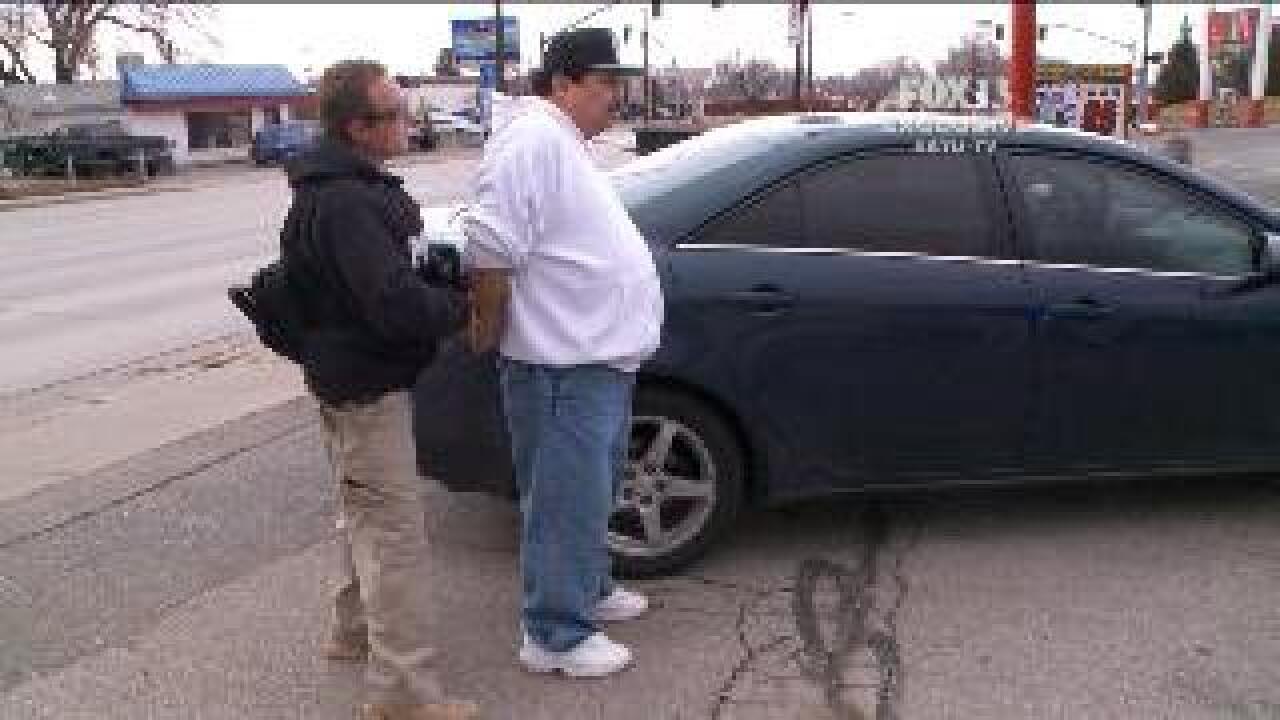 SALT LAKE COUNTY, Utah – Earlier this week, police arrested a man they said sexually abused teens before blackmailing them into selling drugs, and on Thursday officials and community leaders praised those who worked to capture the suspect.

FOX 13 News was there as the Utah Attorney General’s Office’s SECURE Strike Force arrested Victor Rax, who served prison time in his native Guatemala and has been deported from the U.S. numerous times.

Utah Attorney General Sean Reyes said the arrest is a win for the community.

“The state of Utah is safer today than it was a couple days ago,” he said. “Our school children are safer today, and our schools themselves, with all the drugs we've taken off the streets, are safer today."

Ken Wallentine, chief of the SECURE Strike Force, said Wednesday Rax was a “very evil” man, and on Thursday he spoke about the man’s incarceration.

Wallentine said Pax used fear of deportation of entire families as well as threats tied to the alleged sexual abuse to coerce his young, primarily Latino, victims into selling drugs.

“He had twist locks on both of their arms,” he said. “On the one hand, he was saying, ‘Look, you know, I own you’ because of a number of things he had been able to do with them, and secondly, ‘I own your families.'”

The SECURE Strike Force investigates crimes against immigrants who entered the U.S. illegally, and on Thursday Latino activist Tony Yapias praised their efforts.

Police said they believe there may be more victims out there, and they ask anyone with information about others who may have been targeted by Rax to contact authorities at 801-281-1203. Wallentine said those who call will not be asked about their immigration status.

"If you are a victim of human trafficking, our first question is going to be: 'How can we help you?' We are not going to be asking for your immigration status," he said.

For more details on the arrest and the alleged crimes committed by Rax, click here.