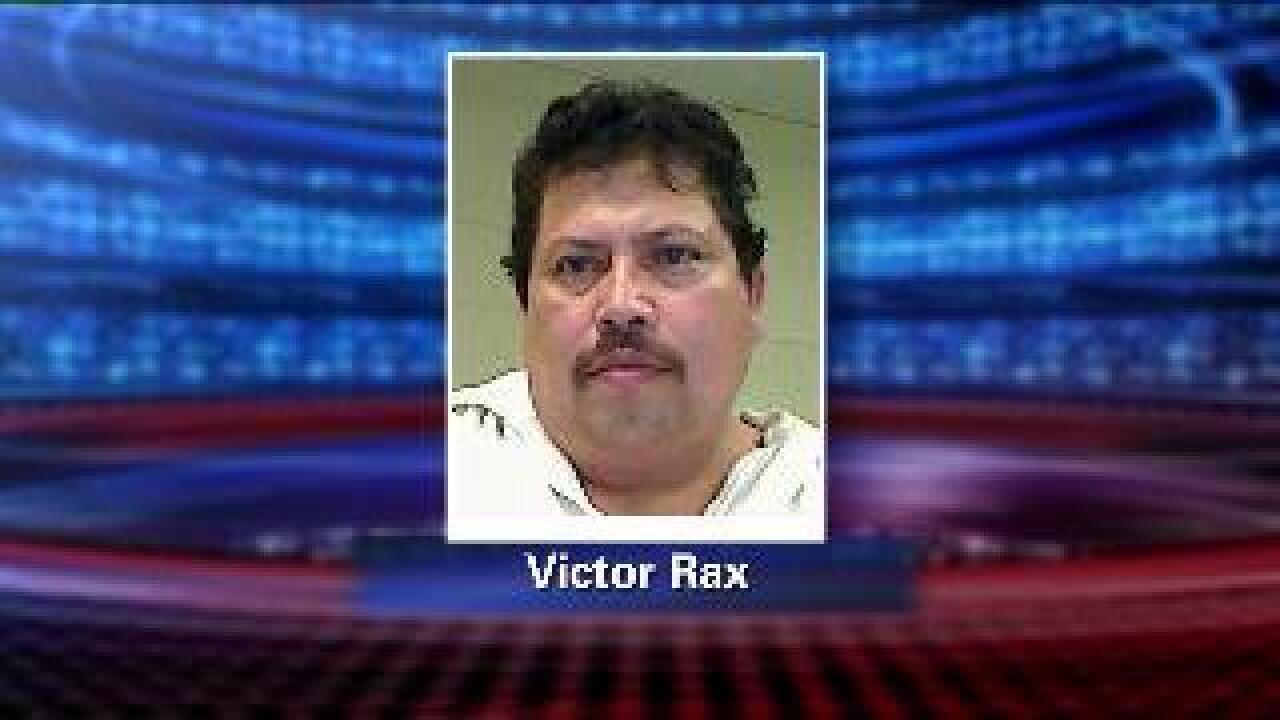 SALT LAKE CITY – FOX 13 News was there as authorities arrested an ex-convict police say is a gang member and a drug dealer who blackmailed children into selling drugs in schools after he sexually abused them.

Police arrested Victor Rax Tuesday, who served prison time in his native Guatemala and has been deported from the U.S. seven times.

Ken Wallentine of the Utah Attorney General’s Office is the chief of Utah’s SECURE Strike Force, which is a team that investigates crimes against undocumented immigrants. He said months of interviewing witnesses and conducting surveillance led to the arrest of a dangerous criminal.

"Let's not make a mistake about this, he is a very evil man,” Wallentine said of Rax.

Wallentine said the sexual abuse was one way Rax allegedly kept the youth under his thumb.

"A dual hammer of being able to expose the fact that they had been raped by an adult male, that they were victims of human trafficking,” he said. “Because these were folks who are in the country without documentation, he could threaten them to be deported and also threaten their broader families."

Wallentine said many in the community feared Rax due to his criminal history in Central America and his suspected affiliation with the MS 13 street gang.

"He certainly was in the elite in the gangs in Guatemala prisons, and we can't confirm it, but there is a strong belief he murdered his own mother,” Wallentine said of Rax.

Wallentine said Rax is innocent unless proven guilty, but he said he feels confident in the state’s case against Rax. He said Rax allegedly had been able to intimidate witnesses in previous cases.

"We've got some very courageous victims here who worked hand in glove with some wonderful investigators,” Wallentine said. “We truly believe we've got him this time, and so when other victims come forward, we can protect them."

Wallentine said he believes Rax would still be on the street without the strike team’s efforts, and he said their success Tuesday stems from about five years of building up trust and contacts with local immigrant communities. Wallentine said Rax is a danger to the area.

"If you think he's selling drugs just in the undocumented community, you're wrong,” Wallentine said. “He's selling drugs to your kids in the junior high schools, that's what kind of guy this is."

Police said social workers are assisting Rax’s alleged victims, but they said they believe there are more teenage boys out there who were abused by Rax. Those who may have been a victim, or who know someone who was a victim, are asked to contact the Utah Attorney General’s victim tip line at 801-281-1203.