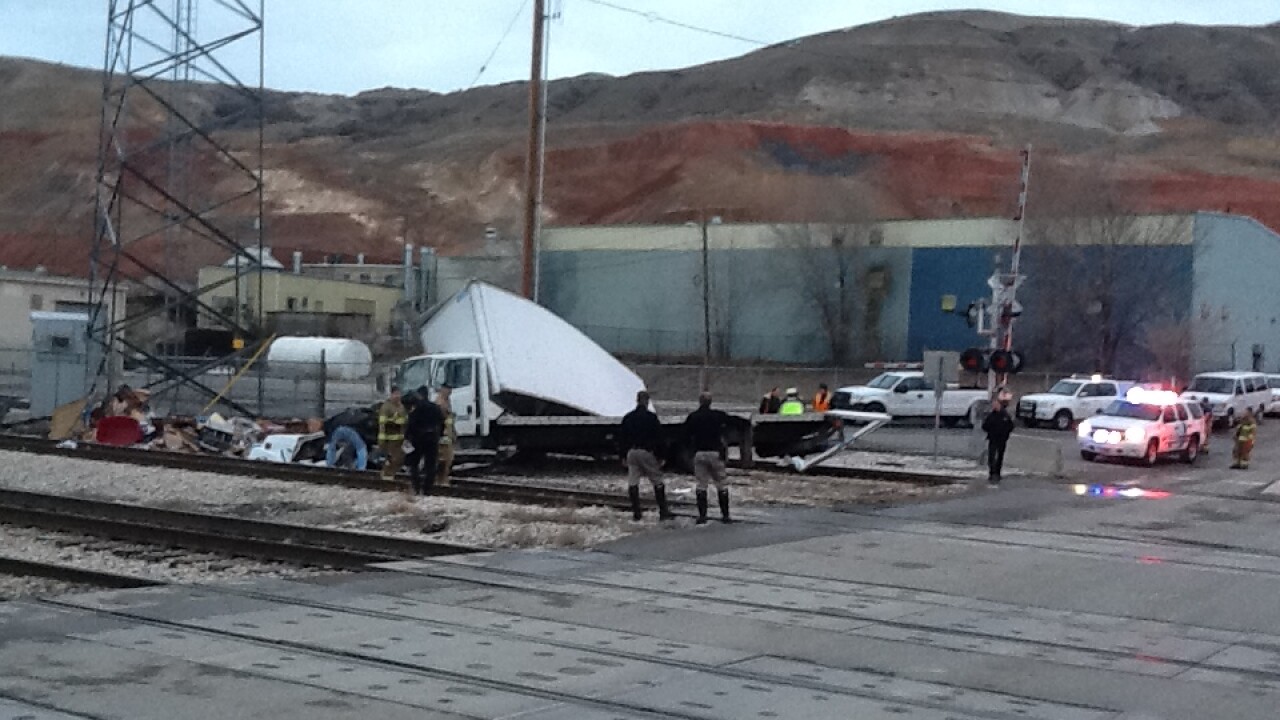 SALT LAKE CITY -- The FrontRunner ride from Salt Lake Central to Ogden for about 300 people ended shortly after it began on Wednesday night.

“I just heard a bump and then we kind of started slowing down," Passenger Diane Kuhn said. "And then heard another hit and then looked out the right side and saw the truck."

That “bump” was a semi-truck, sitting right in front of the train as it came through at about 50 miles per hour. The two collided on the tracks at 1800 North, between I-15 and Beck Street in Salt Lake City.

“I saw a vehicle kind of getting pulled with the train,” Passenger Andy Dodds said. “I think everyone was kind of concerned about the driver.”

According to police, despite the demolished state of the truck, the driver was conscious and in stable condition at a local hospital.

“We haven’t had a chance to talk to him, find out exactly why his truck was on the tracks and why it stopped on the tracks. And those are certainly questions that we’d want answered,” said Lt. Josh Scharman of the Salt Lake City Police Department.

Authorities believe the FrontRunner conductor tried to signal to the driver that they were approaching quickly, but he didn’t have enough time to stop before crashing.

“A lot of people are in shock, just kind of stunned and unsure of what happened,” said Lt. Alex Blauer of Utah Transit Authority Police.

UTA officials brought in buses to transport the passengers on the train to another location. Authorities said two people complained of minor aches and pains, but otherwise, no one was injured. 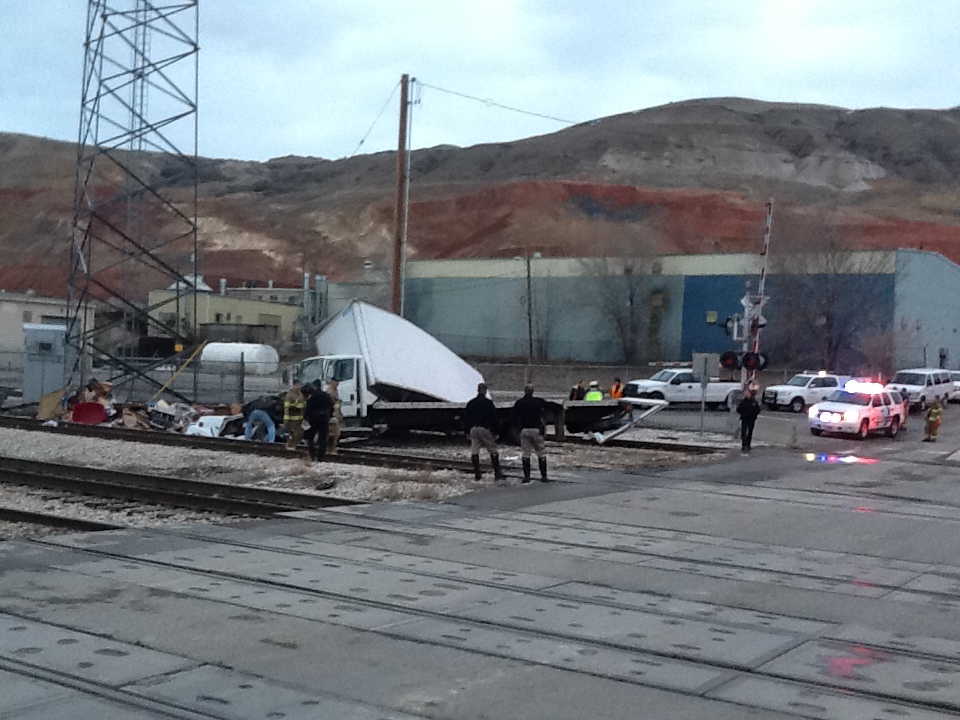