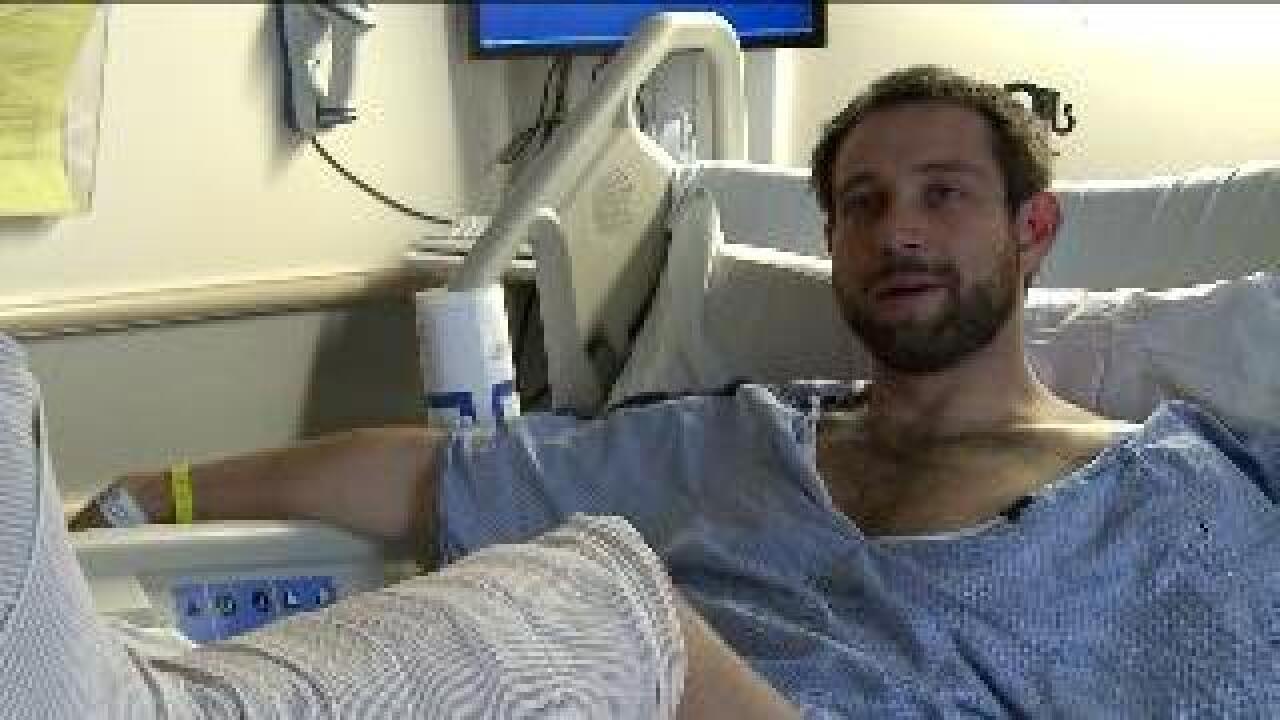 SALT LAKE CITY -- It was a beautiful day of backcountry skiing on Friday for Nicholas Kanaan and his friend, Matthew.

After a 4,000-foot hike, fresh powder and open terrain was theirs. But a fall quickly changed everything.

“When I went off a cliff and landed on a rock that I didn’t see -- I knew as soon as I hit the rock my ski stopped and I fell forward and I felt a crunch and I knew exactly what happened,” Kanaan said.

As they waited for help, Kanaan and Matthew -- both doctors -- took action. They built a snow cave and stabilized his leg.

“He and I put together a makeshift splint with my poles and my skins. Put the poles on side of my broken leg,” Kanaan said.

But the pain was too severe and the terrain too rugged to get down the mountain on their own. Then a helicopter appeared overhead.

“We had no idea if they saw us or not so we’re waving and blowing our whistle and it left,” Kanaan said.

The helicopter had no place to land.

“I was really crest fallen I thought that was going to my ticket out,” Kanaan said.

Kanaan's friend had no choice but to leave him behind and ski down the mountain to get help.

“ I was shivering uncontrollably in the snow cave and it got dark the wind picked up started snowing a ton and I had no information I didn’t know what was going on,” Kanaan said.

Frost bite took over both of his feet and weather conditions got worse. Hours later he saw lights in the distance.

“I was screaming they were screaming the wind was howling and everything they said I’m sure they never heard because it just filtered uphill,” Kanaan said.

Rescue crews on skis finally found him -- taking four hours to get him safely off the mountain.

“With every agonizing step I would take a step and then throw my broken leg forward,” Kanaan said.

Ten hours after breaking his leg Kanaan finally got to the University of Utah Hospital.

“I can’t thank them enough it was just, yeah. It means the world to me,” Kanaan said.