Special report: Does Colo. have edge over Utah with its marijuana dispensaries? 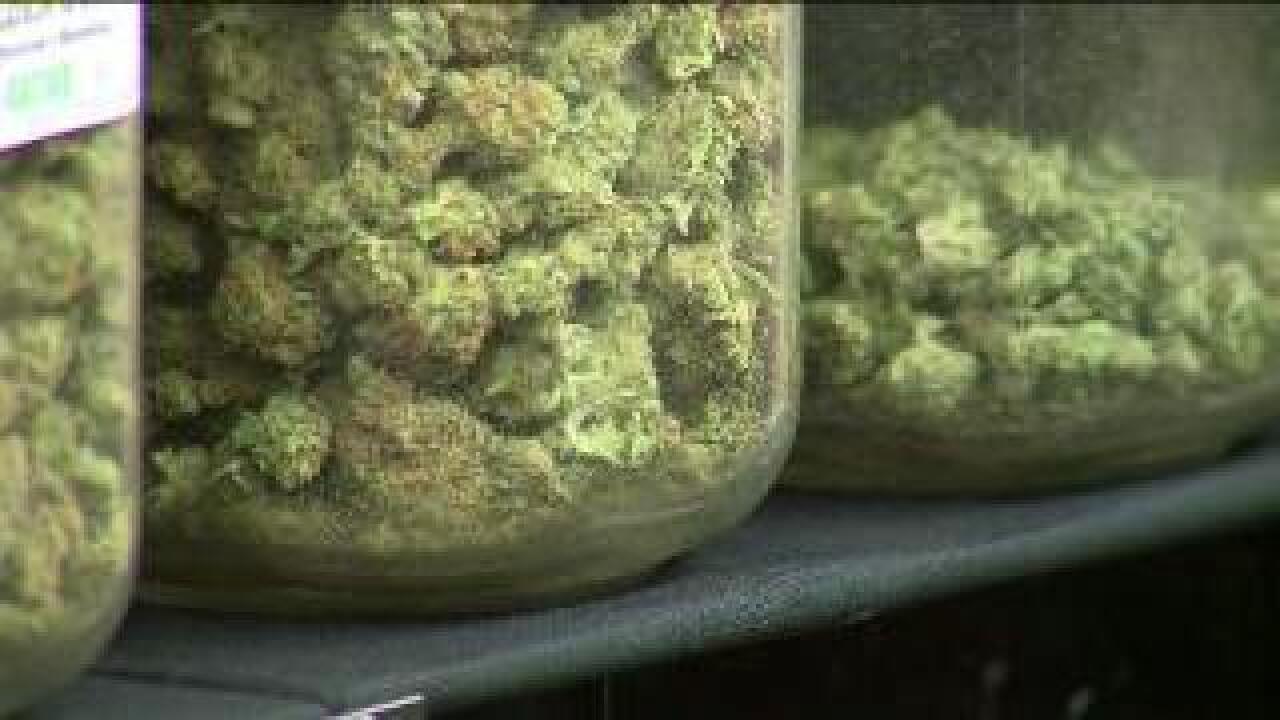 A month later, how is it affecting tourism and does Colorado’s ski industry now have an edge since the state offers something you can’t legally get in Utah?
"I am here for some marijuana," said Ben [last name removed to protect his identity].

Ben is visiting the Breckenridge Cannabis Club, close to one of Colorado's world-class ski resorts, tucked away in the attic of a building off Main Street. “BCC” is one of roughly 60 retail marijuana stores in Utah's neighboring state.  It used to be a medical marijuana business.

Instead of selling to the sick, they now sell to the skier.

"We see about 90 percent of our customers from outside the state of Colorado," McGuire said.

Not a surprise for a resort town but almost two hours away in Denver, some pot shop owners are reporting similar numbers.  Toni Fox, owner of 3-D Cannabis Center, said 80 percent of her business comes from tourists.  And at Denver Kush Club it's about 50 percent.

For a few hundred bucks, private companies will even take you on marijuana tours, kind of like a pub crawl. Rocky Mountain High Tours lets you light up in their stretch limo as their ganja guide drives customers to four dispensaries.

"Normally I come (at) Christmas and I'm glad we delayed the trip this year," Bercke said.

He’s not on a marijuana tour but his family ski trip now includes a trip to the Breckenridge Cannabis Club, where this Kentucky snowboarder smells the many strains they have to offer.

"This is awesome," he said as he takes a whiff.

You can sniff but can't smoke inside. To buy, you must be 21 with ID and pay with cash only, since banks don't yet deal with pot shops.

Since Ben is from out-of-state, he can only buy a quarter ounce at a time while Colorado residents can buy an ounce per visit. But despite the strict rules, Ben still marvels that this is all legal.

"I love the idea of it and hopefully everything happens well here and it spreads," he said.

"While many of the dispensary's customers are coming from the ski resort across the street, Breckenridge officials are not acknowledging marijuana's impact on tourism."

They promote the powder, not the pot.

"Everyone's a little nervous,” McGuire said. “It is the first time ever that we are allowing for the legal sales of marijuana anywhere in the world. In Amsterdam it's tolerated but never legal. It's really only the first month of ending prohibition and beginning a new chapter of legalizing and regulating marijuana."

For now, resorts focus on education. Vail, for example, is handing out cards to skiers, warning them, it's still illegal to light up on the slopes and that goes for Main Street in Breckenridge too.  If caught, you'll get a ticket.  You can consume weed only on your private property or at your lodge if you have permission. Bottom line is, don't expect Breckenridge to look like Amsterdam anytime soon.

"I kind of hoped it would be like this, that it wouldn't be out in everyone's face because I think the number one way for it to go south on us and not be a positive experience for the country is to have a bunch of people walking up and down the street smoking joints and blowing smoke in peoples' face," Bercke said.

To Breckenridge Cannibis Club owner Caitlyn McGuire, “now that people can actually purchase the product and not just ask questions, I think we're going to see a larger number of people traveling to Colorado over Utah or other states where they could go ski but they can't buy legal marijuana."

That remains to be seen and is a debate among skiers.

"I think possibly you are losing a few, a younger generation of tourists to Colorado," said skier Matty Olsen.

"If my family had planned to go to Utah, Park City or Heavenly in California, I would've jumped. We didn't come here for the marijuana, we came here because we love to snowboard, it's just an added benefit that they had it here as well," Ben said.

A Colorado ski industry trade group reports, Colorado Ski Country USA, reports that early season visits are up 22 percent but that's based on numbers before the new year -- before retail pot was legal.

Ski officials say they won't be able to determine whether there's a correlation between marijuana and more visitors but the “green” is bringing in the green for Colorado.

With recreational marijuana taxed at 25 percent, the state expects to make nearly $70 million in tax revenue by the end of the year. Just on Jan. 1, the day pot became legal, sales hit a $1 million.  But the director of the Colorado Tourism Office believes that extra money will be a financial wash.

"When you talk about the economic needs of a state, even though this may be millions of dollars, with a $20 billion budget, it's not that much, I hate to say it," said tourism director Al White.

"The fact that you can buy marijuana legally is not a platform my office is going to use to attract people to Colorado."

And that goes for the ski resorts as well. In fact, several turned down Fox 13’s requests for interviews, sticking to private education efforts instead.

"What is an issue in the tourism that's really coming to Colorado, to Breckenridge, it's because of the snow," said Kim Dykstra, director of communications for the town of Breckenridge.

Blogs have surfaced suggesting some will pass on Colorado, offended by legal marijuana. And for Utah, "we honestly aren't that concerned about Colorado's marijuana laws,” said Susie English, spokeswoman for Ski Utah, which markets Utah's ski resorts.

“We think people coming to Utah are mostly families who are spending money and ski here so for those families it isn't a big factor in their trip planning and maybe it's a plus that they're taking their kids to a state where they can't get marijuana easily," she said.

Ski resorts in both states are fighting for that family-friendly image and Colorado officials stress that while pot is legal, smoking on the slopes or in public is not.

"If we do a good job enforcing the regulations we have in place, that father who has concerns about his family being in this so-called drug environment, he'll never notice a drug environment because there's no legal public consumption, he won't know it's happening," White said.